Get the app Get the app
Get the latest news on coronavirus impacts on general aviation, including what AOPA is doing to protect GA, event cancellations, advice for pilots to protect themselves, and more. Read More
AOPA will be closing at 2:30 PM ET on November 25, 2020, for the Thanksgiving holiday. We will reopen at 8:30 AM ET on Monday, November 30, 2020.
Already a member? Please login below for an enhanced experience. Not a member? Join today
News & Media All-electric aircraft racing league announced

Beringer Aero, whose founders earned their racing chops during motorcycle sidecar competition, is partnering with Air Race E to establish an all-electric aircraft racing league in 2021 with at least 12 teams representing nine countries. 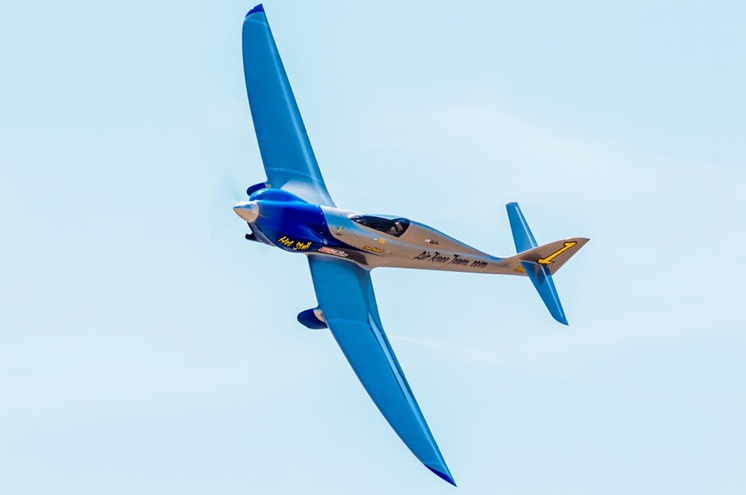 The Air Race E website describes pilots flying in fields of eight slender electric-powered aircraft racing wingtip-to-wingtip at 280 mph at “just 10m [33 feet] above the ground” through a 1.5-kilometer (about a mile) oval circuit. The international competition includes near-continuous left-hand turns for the pilots with a spectator viewing grandstand area adjacent to the start/finish line. The competition course layout is similar to the constant left turns at a NASCAR track, and organizers predicted it would bring racing that is “faster than any land-based motorsport.”

The combination of a prototype airplane, a dedicated test center, a compact racecourse, and pilots who are “raring to go” could spell keen competition when the effort gets off the ground. The competition is expected to be guided by Air Race Events and air racing promoter Jeff Zaltman, who has previous experience directing Air Race 1 World Cup competition.

The all-electric racing league built steam in 2019 when a partnership with Airbus was announced even while the Red Bull Air Race Series was foundering. The connection with Airbus—an aircraft manufacturing company that is pursuing electric power for commercial airliners—will provide what the company calls a cutting-edge test bed for aircraft and electric motor designs, a news release pointed out.

Teams from the United States, Canada, France, Germany, Norway, Ukraine, Switzerland, the Netherlands, and the United Kingdom are already on board, “although the series remains open for other teams with the necessary qualifications,” a joint news release noted.

Air Race E predicted the “rigours of a competitive race environment” with a “demand for speed, performance and power management” would provide the “perfect platform for the development and promotion of cleaner, faster, and more technologically-advanced electric engines.”