Get the app Get the app
Get the latest news on coronavirus impacts on general aviation, including what AOPA is doing to protect GA, event cancellations, advice for pilots to protect themselves, and more. Read More
Already a member? Please login below for an enhanced experience. Not a member? Join today
News & Videos IFR Fix: The shape of ice

Name a component of most airframes that is aerodynamically critical, is not visible from most cockpits, and is an all too efficient collector of ice. 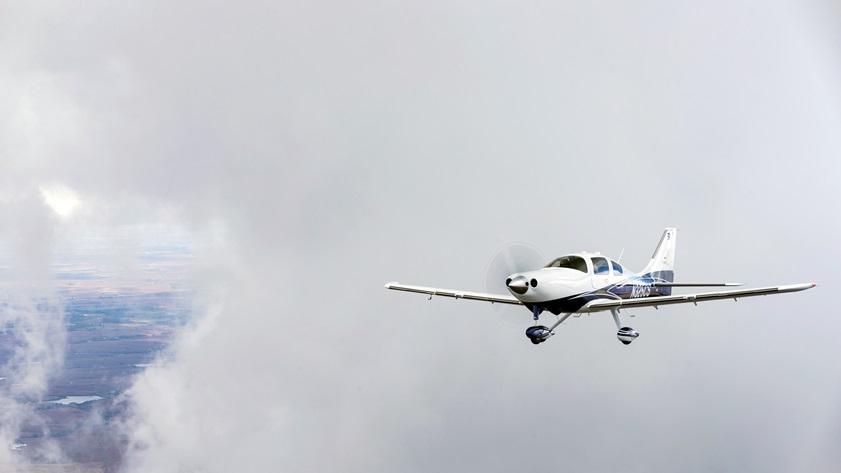 Next, explain how your aircraft might behave if the component became ice-laden and stalled, and what you would do to recover. (Hint: This is no garden-variety stall recovery.)

“Since the tailplane is ordinarily thinner than the wing, it is a more efficient collector of ice. On most aircraft the tailplane is not visible to the pilot, who therefore cannot observe how well it has been cleared of ice by any deicing system. Thus, it is important that the pilot be alert to the possibility of tailplane stall, particularly on approach and landing,” notes the Instrument Flying Handbook (page 4-15).

It’s fundamental that if you fly an aircraft not certified or equipped to handle icing you must avoid such conditions, period. Even the briefest flirtation—perhaps you are fixated on flying by instruments and are not monitoring outside air temperature—invites aerodynamic aggravations.

Escaping an icing encounter into the clear may not melt away the risk. When a Cessna 182 flying in instrument conditions in Colorado began accumulating ice, air traffic control issued vectors to a nearby airport.  Unfortunately, “Following completion of the instrument approach, while the airplane was about 10 ft above ground level, the airplane stalled and then landed hard on the runway,” notes the official accident report, linking the stall to airframe-ice accumulations.

Another word about tailplanes and their temperamental tendencies: Neither the symptoms of an approaching tailplane stall nor the recovery procedures are intuitive. Be sure to reacquaint yourself before your ice-season IFR flying gets going.