Get the app Get the app
Get the latest news on coronavirus impacts on general aviation, including what AOPA is doing to protect GA, event cancellations, advice for pilots to protect themselves, and more. Read More
Already a member? Please login below for an enhanced experience. Not a member? Join today
News & Videos Only flying XP–82 listed for sale

The aircraft-for-sale webpage contains all the standard information: Airframe, 25 hours since restoration; engines, 25 hours since major overhaul; propellers, 25 hours since new. Avionics include one Garmin GTN 650 GPS nav/com, a Garmin GMA 340 audio panel, and a Garmin GTX 345 ADS-B transponder. Sounds like a well-maintained, appropriately equipped airplane so far. But the asking price will grab your attention: a cool $12 million. 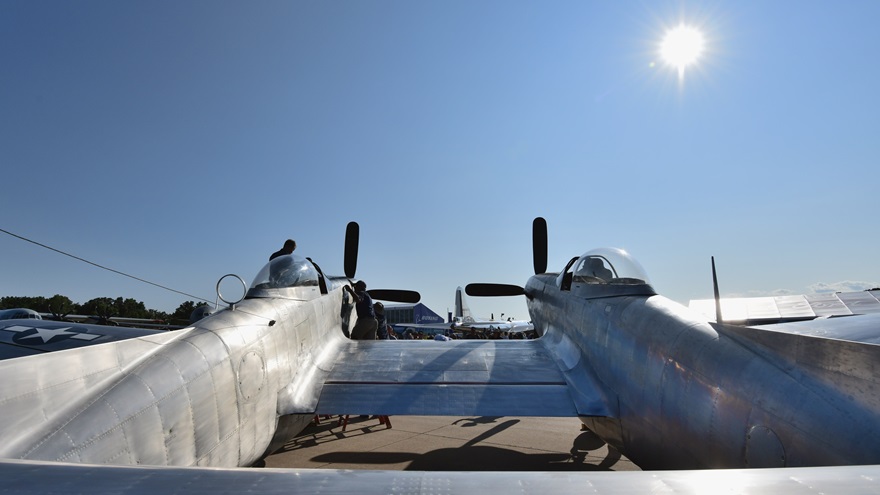 Members of Tom Reilly's crew button up the left cowl of his prototype North American XP-82 Twin Mustang at EAA AirVenture Oshkosh 2019. They had been troubleshooting a minor cooling issue. Photo by Mike Collins.

The number becomes believable when you realize how unique the aircraft is, and learn the story behind it. N887XP is a 1944 North American XP–82 Twin Mustang, serial number 44-83887. It was restored to flight by renowned warbird restorer Tom Reilly in Douglas, Georgia, who began work on the project in 2008 and finished the restoration in 2019, flying off the required hours just in time to make its public debut at the 2019 Sun 'n Fun International Fly-In and Expo (since renamed the Sun ‘n Fun Aerospace Expo), where it was a crowd favorite.

Combining two North American P–51 Mustang fuselages with a shared center wing and horizontal stabilizer, this was the first of only two XP–82 prototypes to fly. The Twin Mustang arrived too late in World War II for its intended mission, long-range bomber escort in the Pacific Theater, but it saw combat in the Korean War. In 1947 Robert Thacker and John Ard flew a P–82 nonstop 5,051 miles from Hawaii to New York; the 14.5-hour flight is the longest unrefueled flight ever made by a piston-engine fighter.

Reilly and his team spent years just finding parts. The XP–82’s left fuselage was acquired from Walter Soplata, the late aircraft aficionado who accumulated a large collection of warbirds at his Ohio farm. Other parts came from a wrecked F–82 in Alaska, were copied from a damaged right fuselage, or were made from original blueprints. The model has counterrotating propellers and left-hand-turning Merlin engines, which are rare; a never-used, left-hand-turning Merlin was discovered in a Mexico City garage. MT Propeller in Germany custom-built modern composite propeller blades, with Kevlar covering wooden cores, that look just like the originals. Canopies and other parts turned up in unexpected places. 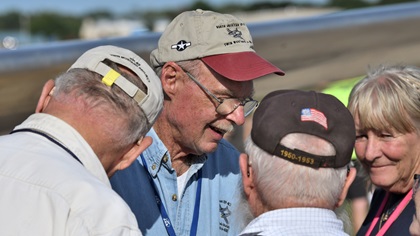 How much time went into the restoration? “We have 213,000 man- and woman-hours in it right now,” Reilly told AOPA September 9. Among other awards, the aircraft was recognized as Grand Champion Warbird at Sun ’n Fun 2019, and received the Grand Champion: Post-World War II award and a Phoenix Award at EAA AirVenture 2019. Earlier this year, Air & Space magazine reviewed the restoration.

If you’re interested, the XP–82 is offered for sale by Platinum Fighter Sales.

Selling the airplane was always the plan, Reilly said. “It was the end game all along. We have investors,” he explained, who need to be repaid. “We thought it would sell right away but it hasn’t.”

What’s next for the veteran warbird restorer who moved his shop from Kissimmee, Florida, to Georgia after Hurricane Charley destroyed his Central Florida restoration shop and museum in 2004? He’s currently working on four Boeing B–17 Flying Fortresses and a North American B–25 Mitchell. “I’m slow right now,” Reilly quipped. 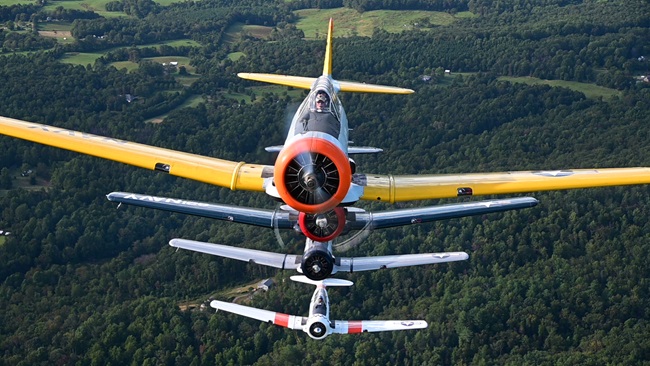 2020 does it again: Arsenal of Democracy flight scrubbed for weather 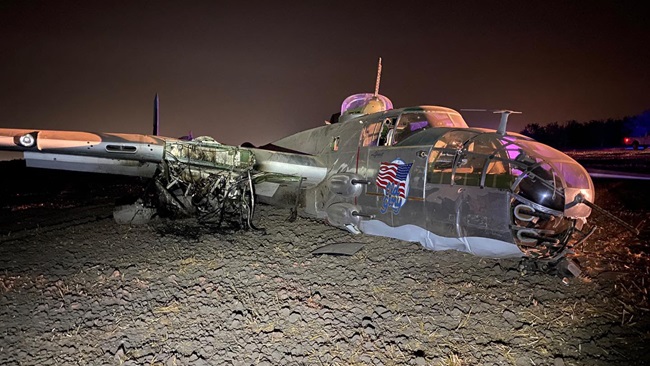 Three injured in forced landing of B–25 ‘Old Glory’ 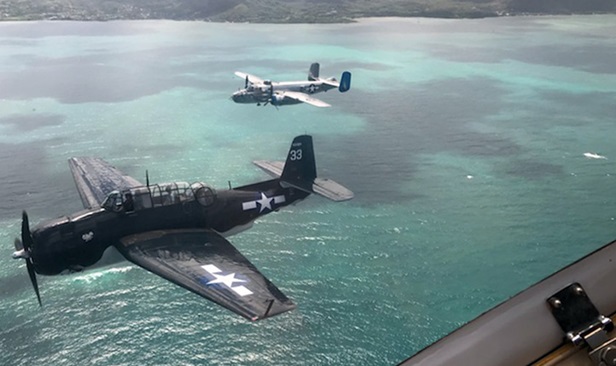 'One more time: Thanks'