Get the app Get the app
Get the latest news on coronavirus impacts on general aviation, including what AOPA is doing to protect GA, event cancellations, advice for pilots to protect themselves, and more. Read More
Already a member? Please login below for an enhanced experience. Not a member? Join today
News & Videos Training Tip: Just a local flight

Who should be more meticulous about preparing for flight: A pilot about to depart on a long cross-country, or someone just out for a hop around a familiar local area? 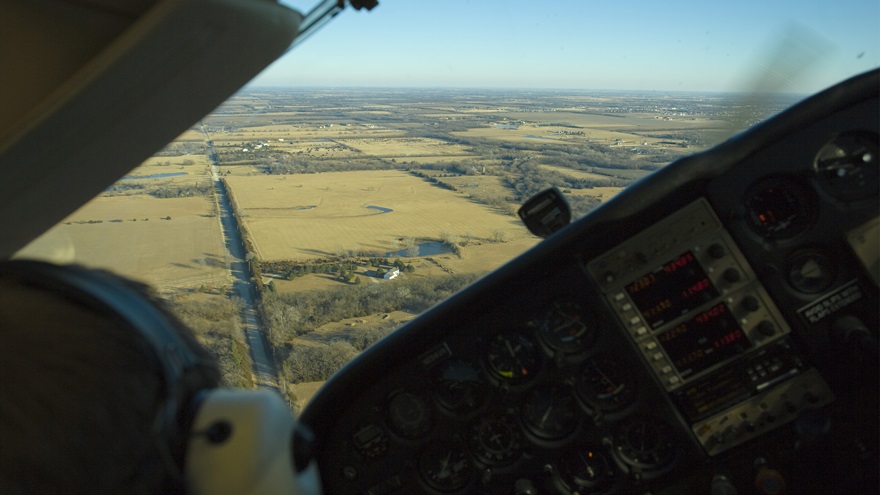 This is, of course, a not-very-tricky trick question—and here’s a huge hint: Both pilots have the same duty of care. Preparing for two kinds of flights may require attention to different details, but one flight isn’t more worthy of dutiful preparation than the other.

For one pilot who downplayed the importance of preparing for flight within a familiar local area, the sequence of mental errors started with making a hybrid hash of preflight checks and cockpit organization, creating vulnerability to omissions with nothing left but luck to save the aircraft and occupants.

The Cessna 172 was in cruise at 2,000 feet when the engine failed just out of reach of the departure airport. The pilot’s choices for an off-airport landing were few in the damp fields below. Luckily, a paved road was within reach, and free of obstacles and traffic, permitting a safe landing.

What caused the engine failure?

“Upon completion of the landing roll it was noticed that the fuel selector valve was positioned to the OFF position,” the pilot wrote, adopting a passive voice for composing an Aviation Safety Reporting System filing. “When positioned to BOTH the aircraft was able to be re-started and returned to the airport without further issues.”

A private pilot applicant is expected to demonstrate the ability to identify, assess, and mitigate risks for all practical test tasks.

The pilot peppered the report with descriptions of having used a tablet-based checklist for preflighting, then setting it aside and switching to a physical checklist during startup. The switchover somehow resulted in skipping the crucial check of the fuel selector valve’s position.

Now add a dash of rust and complacency to the recipe: The pilot wrote that the decision to remain local for the flight was “due to not flying for two months.” However, familiarity with the local area elicited the complacency error of stowing the trusty tablet—and with it, the engine-out checklist—beyond reach in a flight bag after preflighting.

Had the pilot followed accustomed preflighting practices, “the emergency checklist would have been readily available and the fuel selector valve would have been caught on the descent and the engine may have been able to be re-started,” the report said.

Have you begun to regard local flights as more “casual” than longer journeys? This narrow-escape tale offers an opportunity to re-evaluate the attitudes you have formed about risk.