Get the app Get the app
Already a member? Please login below for an enhanced experience. Not a member? Join today
News & Media Speaking up on drone integration

On behalf of general aviation pilots worldwide, during a virtual panel discussion hosted by the International Civil Aviation Organization, AOPA reiterated our support for safe integration of unmanned aircraft, provided that active participation in unmanned traffic management (UTM) by other aviators remains voluntary. 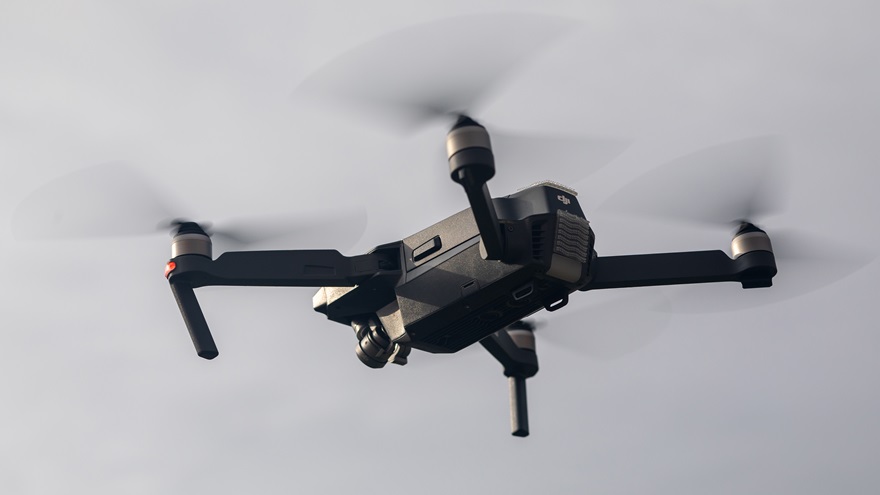 A DJI Mavic Pro in flight. Photo by Jim Moore.
ICAO’s Virtual Drone Enable/2021 symposium was held online, and programmed this year with a particular emphasis on drone integration. The discussions connected various stakeholders with national regulators from various countries, and others working to shape global UTM standards. Technology companies, academics, government officials, and current airspace users (both manned and unmanned) were represented on a series of panel discussions. Topics included urban air mobility discussed by industry leaders including Joby Aviation Commercial Certification Lead John Illson and Lilium’s Head of Regulatory Affairs for the Americas David Oord, among others. Another session focused on UTM development and “lessons learned,” with panelists including Steve Bradford, FAA chief scientist-architecture and NextGen development, and his counterparts from other countries.

AOPA Senior Director of Regulatory Affairs Christopher Cooper was among five panelists discussing Interaction with Key Aviation and Non-Aviation Stakeholders on April 13, reminding the international audience that no mandate to equip existing aircraft can solve the safety problem posed by potential for collision with increasingly autonomous unmanned aircraft.

It’s an open question whether information about nearby drone activity would be useful to pilots flying agricultural application, emergency medical transport, sightseeing, or other low-altitude operations. AOPA created this online survey on behalf of the FAA Drone Advisory Committee that seeks pilot perspectives on 14 related questions about whether pilots of manned aircraft flying any kind of low-level operation (recreational or commercial) would want to see Remote ID information presented in flight, and, if so, if the respondents prefer to view drone position information on existing aircraft displays, or on a separate device.

Cooper summarized his remarks in a follow-up interview: AOPA supports UTM as a method to safely integrate unmanned aircraft into the national airspace system, but is opposed to systems that result in segregation of airspace or require new equipment to make Pipers, Cessnas, and other GA aircraft more electronically conspicuous.

While there are no specific proposals currently on the table from the FAA to implement UTM through regulation, research and development is ongoing, including leveraging the new Part 89 regulation governing remote identification of unmanned aircraft, which will be in full effect by 2023. Remote ID will require most unmanned aircraft (even those flown for recreation) to broadcast an “electronic license plate” when flown outside of designated areas. Remote ID is likely to become one element of UTM, though it is only one piece of a puzzle that still has many missing.

Many questions remain, and the fledgling unmanned aircraft industry has sent clear signals that many favor user fees to cover the cost of UTM. More than one company has built a business model that anticipates charging users for airspace access. AOPA strongly opposes this approach if it is applied to GA and low-risk drone operations, particularly for recreational or educational purposes operating within line of sight. AOPA supports UTM as a method to safely integrate complex and higher risk operations, including package delivery (particularly over long distances) and routine flights beyond visual line of sight (BVLOS) for infrastructure inspection, but continues to oppose imposition of costs and mandates beyond those users whose operations involve risks that merit UTM participation. “UTM participation must be voluntary,” Cooper said. He noted that GA more than pays its way into the existing air traffic management system through fuel taxes and other fees, and any cost that might be associated with required UTM participation is a nonstarter: “It is unreasonable to require added contribution into a system that is currently being funded, or for a service that may not provide any added benefits.”

Cooper noted that drones, including traditional radio-control aviation, continue to engage new generations of future aviators of all kinds. Stifling that activity with onerous and unnecessary mandates and expenses would decrease interest in science, technology, engineering, and math fields and the development of the future aviation workforce.

Cooper said AOPA is generally agnostic about what drone technologies are used to help mitigate risk, especially for complex, BVLOS operations, but emphasized the need to maintain an equivalent level of safety. Some on-board detect-and-avoid solutions on drones have shown promise, having logged thousands of successful autonomous avoidance maneuvers to date, and ground-based sensors have also been deployed on test ranges to good effect, allowing drone operators to actively monitor airspace and maneuver to avoid collision if necessary. However, relying solely on electronic signals broadcast from aircraft will always fail to account for all airborne objects. “Mandatory participation in a UTM system will not solve this problem.”