Get the app Get the app
Already a member? Please login below for an enhanced experience. Not a member? Join today
News & Media Glasair announces indefinite ‘pause’ in operations

Glasair Aviation, the Arlington, Washington-based producer of the Sportsman experimental amateur-built aircraft, announced a “pause” in its sales and manufacturing operations in a status report posted on its website. 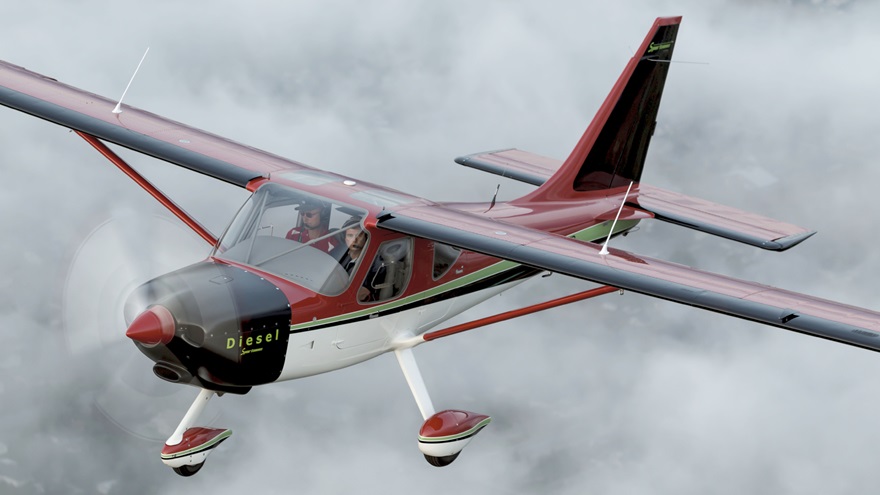 Glasair, which has indefinitely paused operations, introduced a diesel version of its Sportsman kitplane for the international market in 2014. Photo by Mike Fizer.

The economic impact of the coronavirus pandemic and direction from parent Jilin Hanxing Group, a multinational company in China that acquired Glasair in 2012, “will pause sales and manufacturing operations until further notice. While on pause, the company is maintaining a core team of engineers, technicians, and maintenance personnel to provide customer support, fulfill parts orders, and continue product development efforts. Due to our reduced staff, there may be some delay in our response times,” the status report said.

Glasair suggested that customers monitor its newsletter “where we first announce updates and changes.”

Glasair emerged on the scene in 1980 offering an eponymous aircraft it describes as “the first pre-molded composite kitplane”—of which 2,500 are being built, and 1,200 aircraft flying in several countries. Three models in the low-winged-airplane series came out from 1980 to 1995. In 2017, the line was sold to Advanced Aero Components, according to an online Glasair history.

Glasair went high-wing in 1997 with the GlaStar, designed “with broad mission capabilities.” The four-place Sportsman was a GlaStar spinoff, adding “speed and range for cross country journeys, plus rugged construction for off-airport operations” and marketed as promising “the most adventurous flying experience in Glasair history.”

The program has played a noted role in high school science, technology, engineering, and math education as a reward for excellence in the General Aviation Manufacturers Association/Build A Plane Aviation Design Challenge: Several winning teams have had the opportunity to travel to Arlington to spend two weeks building a Sportsman.

GAMA President Pete Bunce noted disappointment at the turn of events for Glasair, but he looked ahead with optimism, citing efforts underway to certify the Sportsman as a Part 23 normal category airplane.

“I have the privilege of routinely flying the very first GAMA Aviation Design Challenge Glasair Sportsman built in 2013 by high school students from Minnesota and Michigan,” he said in a statement emailed to AOPA. “To this day, I remain very impressed of the ruggedness and performance capabilities of this aircraft and have a big smile on my face every time I take the GAMA bird into the air. We love to show this aircraft off each year to AirVenture attendees at the GAMA pavilion. We often have students who have participated in our design challenge over the years visit and tell us about how their aerospace pursuits were spurred on by their work on a Sportsman.

“Over the past few years, we advised GA manufacturers about the opportunities afforded through the new Part 23 standards and we were made aware approximately three years ago about initial coordination meetings Glasair had with the FAA in preparation to certify the Sportsman. While disappointed that their financial position forced taking a pause in production, we are encouraged that very capable and knowledgeable parties at Glasair and FAA are working diligently to bring this iconic 40-year-old brand back into production.”

AOPA also reached out to Ran Fang, a Glasair operating official, but had not received a response before publication.