Get the app Get the app
Already a member? Please login below for an enhanced experience. Not a member? Join today
News & Media Training Tip: Working more and accomplishing less

A student pilot arriving at the cross-country destination is straining to pick the airport out of the glare six miles ahead when air traffic control issues instructions to report crossing a major highway at three miles out and to expect the downwind for landing behind a turboprop. “Caution wake turbulence,” the air traffic controller adds. 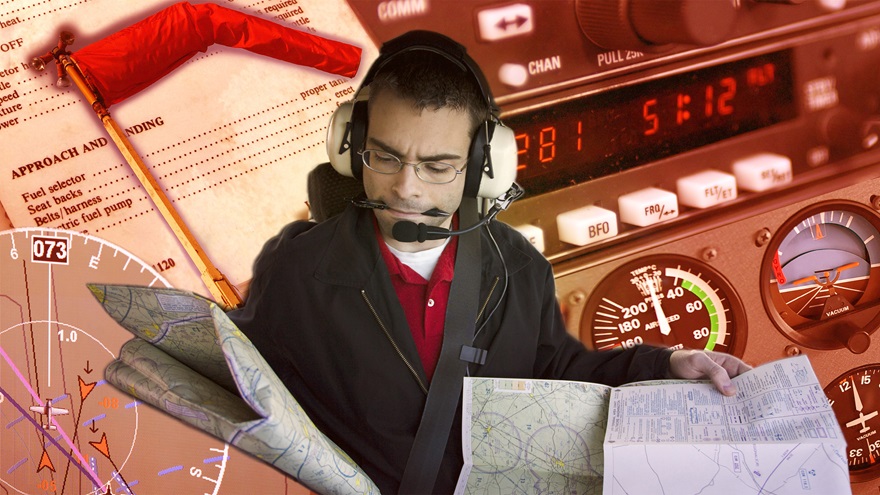 Finally, the student pilot spots the big X formed by the airport’s two runways amid the urban sprawl; now to contact the control tower as instructed while trying to spot the traffic to follow.

It’s windy, with a crosswind component for the active runway—which at least should help break up that wake turbulence.

With workload high, air rough, and radio chatter nonstop, prompting worries about missing the anticipated landing-clearance call, the trainee suddenly realizes with a stab of anxiety that the prelanding checklist remains undone—and the aircraft is still too high and fast for landing.

Welcome to task saturation, that uncomfortable state of mind in which instrument indications incite indecision, radios rebel, checkpoints slip by unseen, checklists are forgotten, and a pilot’s hand may ache from choke-gripping the yoke.

New pilots are not the only susceptible pilots: I recently read a safety report involving a flight instructor who landed a retractable-gear single-engine airplane gear-up while talking a student pilot through a difficult landing. Both pilots, distracted by the destabilized approach, had forgotten to extend the gear at the usual position in the traffic pattern. (The student pilot was a relative of the CFI, which the instructor speculated was an additional stress factor.)

A private pilot applicant is expected to show ability to manage risks including “distractions, loss of situational awareness, or improper task management.”

The FAA describes the hazard of task saturation in more academic language in a workload-management discussion in the Pilot’s Handbook of Aeronautical Knowledge (page 2-24): “The first effect of high workload is that the pilot may be working harder but accomplishing less. As workload increases, attention cannot be devoted to several tasks at one time, and the pilot may begin to focus on one item. When a pilot becomes task saturated, there is no awareness of input from various sources, so decisions may be made on incomplete information and the possibility of error increases.”

The solution, the chapter advises, is to give yourself time to “stop, think, slow down, and prioritize” the workload.

If that requires asking ATC for new instructions, or going around to buy some time, take action and keep safety first.