Get the app Get the app
Already a member? Please login below for an enhanced experience. Not a member? Join today
News & Media International Day of the Air Traffic Controller

Air traffic controllers may at times talk faster than an auctioneer, but we depend on their quick wits and sharp eyes to keep us safe. They do this job every day of the year, and one date, October 20, has been designated to express our appreciation. 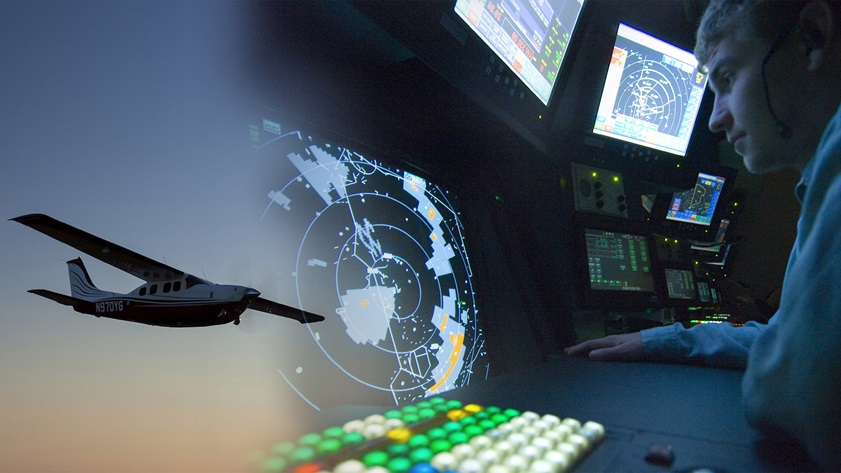 That’s the date on which members of the National Air Traffic Controllers Association (NATCA), and many air traffic controllers internationally, celebrate the International Day of the Air Traffic Controller. (It’s also National Chicken and Waffles Day, so perhaps you could take your favorite controller out to lunch; just be certain someone is covering his or her shift.)

These “commemorative” days are usually agreed upon by members of a profession or aficionados of something, like waffles, and not by congressional mandate or presidential proclamation. So, alas, it’s not a holiday. ATC never gets a holiday; they work 24/7.

For everyone who flies, whether by airliner or general aviation aircraft, this is the day when we should recognize the work of the 14,000 ground-based aviation professionals who have helped make air travel as safe as it is today.

Since the 1920s, the need to control the landings, takeoffs, and routing of air traffic has increased exponentially. Today, those voices pilots hear on the radio guide them safely and efficiently through more than 1.5 trillion miles of flight each year. The NATCA motto succinctly describes controllers’ mission: “We guide you home.”

The goals of IFATCA are the same as any national ATC association: to promote safety, efficiency, and share knowledge among air traffic controllers. Each year (except during the coronavirus pandemic) the member associations gather for an international conference. The next is scheduled for May 24 through 28, 2022, in Singapore.

In the United States, Archie League (1907–1986) is generally recognized as the first air traffic controller. Born in Poplar Bluff, Missouri, League was a pilot and aircraft mechanic who barnstormed throughout the Midwest in the 1920s before being hired by the city of St. Louis to direct traffic at Lambert–St. Louis Flying Field, (now St. Louis Lambert International Airport) in 1929. He equipped himself with a wheelbarrow in which he carried a lawn chair, a notepad to record landings and takeoffs, a pair of signal flags, his lunch, and a water bottle. In the summer, he’d carry a beach umbrella onto the field and control operations from the shade. Through the harsh Midwestern winters, League kept warm by wearing a heavily padded flying suit. He communicated with pilots using flags—a red one signaled a pilot to “hold” and a black and white checkered one to “go.” When radios were installed in the 1930s, League was able to move off the field and up into a control tower.

League earned a degree in aeronautical engineering and joined the Bureau of Air Commerce in 1937. He served as a pilot during World War II, becoming a colonel by the end of the war. From the late 1940s, League climbed the ranks of the Civil Aeronautics Administration, the Federal Aviation Agency, and the Federal Aviation Administration with many regional assignments and positions at headquarters in Washington, D.C. He retired in 1973 as the FAA's Air Traffic Service director. During the span of his career, the ATC system evolved from flags under a beach umbrella to GPS navigation. When League started controlling aircraft in 1929, Charles Lindbergh was the latest American hero and the world was just entering the Great Depression. By the time of his retirement, men had walked on the moon.

NATCA awarded the first Archie League Medal of Safety Award in 2004 and presents it annually for extraordinary work by an air traffic controller or a team of controllers working together to help a pilot in distress. Awards are presented to several controllers regionally each year.

One award winner was Michael Schawinsky. In 2019, while working at the Houston Tracon, he helped two different pilots facing in-flight emergencies at once. The weather was IMC with low ceilings when he accepted a handoff of a Cessna 172. The pilot was flying tight circles and descending and couldn’t maintain headings, altitude, or airspeed—all signs of a pilot in trouble. Schawinsky vectored the pilot for an RNAV approach into Ellington Airport, southeast of Houston, but the pilot was unable to fly the approach. Schawinsky declared an emergency and guided the pilot to Scholes International at Galveston Airport, where the weather was better. At the same moment, another Cessna 172 in Schawinsky’s airspace had a cabin fire and was losing altitude; no doubt the pilot was busy. He was able to extinguish the fire while Schawinsky steered both pilots to Galveston, through as little IMC weather as possible, for visual approaches.

The Archie League Medal of Safety Award was not presented in 2020 because of COVID-19. Contact NATCA if you’d like to nominate a controller.