Get the app Get the app
Already a member? Please login below for an enhanced experience. Not a member? Join today
News & Media NetJets orders 100 Embraer Phenom 300Es

The largest charter and fractional-ownership fleet in the world will add up to 100 Embraer Phenom 300Es in the coming years, as NetJets builds capacity for one of its most popular models. 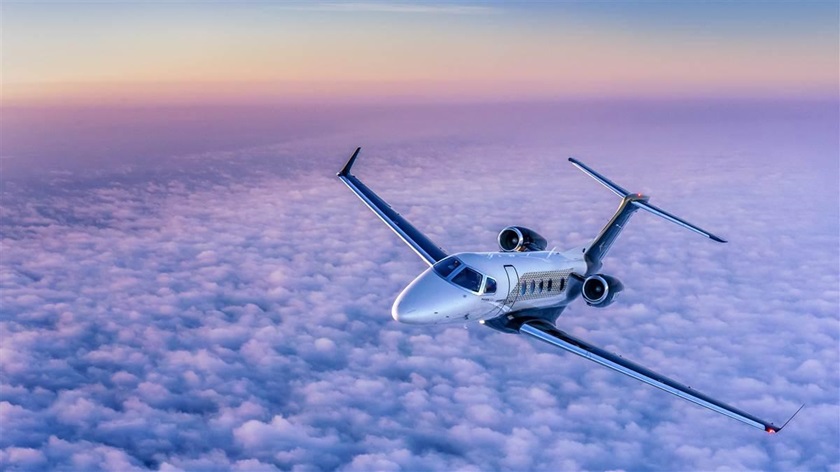 The $1.2 billion deal for up to 100 aircraft was announced October 11, with NetJets now poised to take delivery of the Phenom 300Es starting in the second quarter of 2023, deploying those updated Phenoms in the United States and Europe.

AOPA reported on the many upgrades built into the Phenom 300E in 2020, noting significant improvements on the flight deck and in the cabin. Embraer's runway overrun awareness and alerting system (a $28,000 option) was a first for business jets; the stabilized approach feature built into the Garmin G3000 avionics suite added visual and aural alerts triggered when airspeed or descent rate exceed prescribed limits, or if flaps are not deployed, or if glidepath deviates by more than one dot. Those improvements address a common cause for light jet accidents.

A new version of the Phenom 300 was also announced at the National Business Aviation Association event. The Phenom 300MED is designed for medical evacuation and is equipped with a stretcher and medical equipment.

NetJets ordered its first batch of Phenom 300s in 2010, a deal for 50 aircraft with options for 75 more. The Phenom 300E has a base price of $9.65 million. The new order includes a comprehensive service agreement.

"We are pleased to have signed this significant deal with NetJets, as our strategic partnership has been an integral part of Embraer's success for over a decade," said Michael Amalfitano, president and CEO of Embraer Executive Jets, in a news release. "NetJets is recognized worldwide for the excellence of its operations and for providing an outstanding customer experience, so this continuing deal is an endorsement to the quality of our product and standards in performance, technology, comfort, and support. Embraer and NetJets share the same vision for business aviation, making the Phenom 300 series—the best-selling light jet for nine years in a row—an excellent choice."

The Phenom 300 accounted for 28 percent of light jet sales in the first half of 2021, Amalfitano noted during the October 11 announcement at the National Business Aviation Association Business Aviation Convention and Exhibition in Las Vegas.