FAA Administrator Steve Dickson briefed the House Transportation and Infrastructure Committee on February 3 about the ongoing effort to enable 5G C-band wireless network activation without compromising aviation safety. General aviation advocates watched with concern that mitigations for many aircraft could be a long time coming. 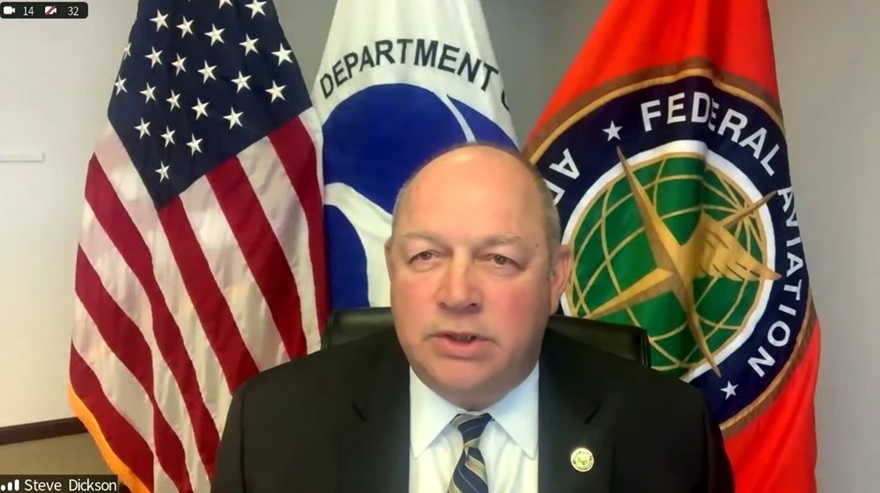 FAA Administrator Steve Dickson told members of the House Transportation and Infrastructure Committee on February 4 that a new spirit of cooperation has taken hold between the FAA and wireless providers operating 5G C-band transmitters that interfere with aircraft radio altimeters.

Dickson was the first of many stakeholders to testify and told committee members that the FAA, while working quickly to leverage newfound cooperation from the wireless industry to mitigate risks to and disruption of airline travel, has not forgotten that GA continues to be impacted.

"We recognize that some communities and operations have been affected because we have not been able to fully mitigate interference risk" associated with 5G C-band interference with radio altimeters, Dickson said, noting that flight tests are now underway that will help the FAA refine its risk assessment and modeling.

A yearslong standoff (dating to 2015) has pitted the Federal Communications Commission and the wireless industry that it regulates against the FAA and aviation advocates including AOPA. Long before the FCC authorized the use of certain frequencies known as the C-band for 5G wireless service, then auctioned those frequencies to wireless providers including AT&T and Verizon, aviators sounded alarms about the high potential for the new 5G C-band wireless networks to interfere with critical aircraft safety equipment.

The standoff came to a head late in 2021, and activation of the C-band transmitters was delayed more than once at the eleventh hour. The FAA was unpersuaded by assurances from the communications specialists that the C-band transmitters could operate without disrupting radar altimeters (also known as radio altimeters), which bounce low-power signals off the ground and time their return to measure distance from the ground or obstacles. Thousands of transport aircraft are equipped with radar altimeters and rely on them during precision landings in poor weather. Many aircraft flight control systems rely on properly functioning radar altimeters during other phases of flight as well.

The FAA issued hundreds of notices to air missions in January that set the stage for disallowing precision approaches at hundreds of airports. Faced with passenger and air cargo disruptions on a huge scale, the FAA reiterated its call for the wireless industry to further delay C-band activation. The agency also granted an exemption sought by Helicopter Association International (HAI) that allowed helicopter air ambulance operations (for which radar altimeters are required under Part 135) to proceed in a 5G C-band environment with mitigations such as the use of night vision goggles and ground personnel to augment situational awareness.

The FAA announced progress on January 28, noting that Verizon and AT&T had agreed “on steps that will enable more aircraft to safely use key airports while also enabling more towers to deploy 5G service.” Wireless providers gave the FAA “more precise data about the exact location of wireless transmitters and supported a more thorough analysis of how 5G C-band signals interact with sensitive aircraft instruments.” The agency also created a 5G dashboard that includes visual references and other guidance on affected airports and regions.

AOPA, among many GA organizations including HAI and the National Business Aviation Association that joined a coalition to advocate for safe 5G deployment, has consistently supported the FAA’s prioritization of safety. The coalition continues to support a responsible 5G C-band rollout, though members urged the FAA and others to remember that airlines are far from the only operators affected. Notams remain in effect that limit access to certain airports by thousands of aircraft equipped with radar altimeters, many of them GA aircraft.

House Transportation and Infrastructure Committee Chairman Peter DeFazio (D-Ore.) dissected several of the arguments put forward by the wireless industry as it pressed to enable 5G C-band traffic to proceed without delay. DeFazio noted that the wireless industry's oft-repeated claim that 5G C-band has proved safe in other countries ignores the fact that power level reductions and other mitigations imposed elsewhere have not been required by the FCC.

“It’s a pattern of ignoring consequences beyond the consequences [to] the profitability to the telecom industry,” DeFazio said of the FCC process that led to the auction of the 5G C-band frequencies to wireless carriers. “That’s their only focus.”

Rep. Sam Graves (R-Mo.), the ranking member, joined others praising the FAA for its handling of a “crisis narrowly averted,” and noted that the conflict between the competing interests of aviation and the wireless industry carries “immense economic significance” for all concerned.

“We have to ensure aviation safety that works for all of the users of the system,” Graves said. “That’s the balance we have to strike.”

This monthslong saga has highlighted deficiencies in the way that federal agencies collaborate on priorities. “The FAA’s top priority is safety and that has run smack into the FCC’s priority, and that of the telecom industry, to foster competitiveness in the 5G market. There is more work to be done to ensure a safe rollout and we can have both, but we must look at the process, the checks and balances, for these types of issues. We appreciate the FAA’s efforts and those of Chairman Peter DeFazio and Ranking Member Sam Graves to step up and help ensure our aviation system is safe while this rollout continues,” said AOPA Senior Vice President of Government Affairs Jim Coon.

Dickson struck an optimistic tone regarding the new spirit of cooperation between the industries, though he did not offer many specifics about when the remaining disruptions to the national airspace system will be resolved.