In our world of General Aviation, we constantly reinforce the lessons of unfortunate incidents that happened to other pilots – and none more than those gleaned by continued VFR flight into IMC. 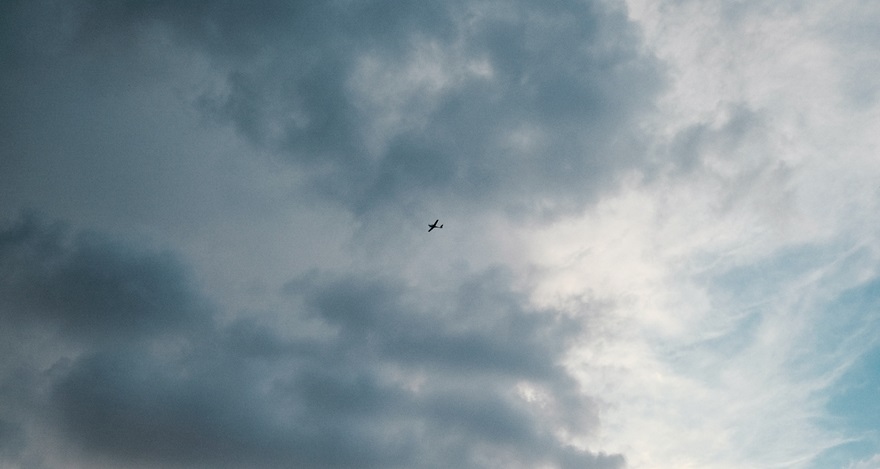 So many of these stories reverberate from hangar walls and general aviation’s corner of the internet that you would wonder why they still happen. There is no concise explanation for such a pervasive issue. However, if you look beyond the proximate cause of many incident and accident reports, you will notice a few underlying misconceptions.

This idea can slowly and insidiously creep into a pilot’s head while looking at a weather chart before a flight that the pilot deeply desires to undertake. It also can happen during a flight, for the same reason, when presented with deteriorating visual conditions. The pilot starts leaning on confirmation bias to favor information they want to be true over that which urges caution.

VFR INTO IMC: Avoidance and Escape 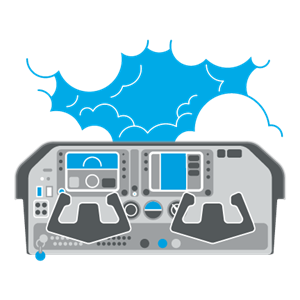 Delve into these online resources to help you understand how best to protect yourself against the dangers of inadvertent VFR into IMC flight.

Why on earth would they do that?

As you sit comfortably on the ground reading accounts of scud-running aviators who bet their lives on their ability to cheat the weather, you — like so many other pilots — may feel a sense of astonishment. These accidents run contrary to the cautionary lessons you learned in primary flight training and the dozens of stories you have heard about the heartbreaking loss of members of our community to continued VFR flight into IMC.

However, that astonishment is another form of “it won’t happen to me” syndrome. We are all susceptible to flying into conditions with diminishing visibility. So, what can you do to increase your chances of avoiding them?

For every flight, you should create a well-defined set of mission rules based on FAA regulations and your personal minimums.  Create these rules safely on the ground, without the menace of “get-there-itis” and “it won’t happen to me” shoving your ADM to the side. Then, commit to yourself that, no matter what, you will treat them as black-and-white criteria for beginning or continuing a flight, and be sure the other people you might disappoint by calling off a flight understand this as well.

We recently released a Redbird Pro scenario designed to help practice your rules and challenge how well you adhere to them. Led by AOPA Air Safety Institute Senior Vice President Richard McSpadden, the scenario prompts you to begin a VFR flight in marginal VFR conditions with IFR conditions in the area. The risk of reaching legal VFR limits is present, but sticking to well-defined minimums may prove even more critical to a successful outcome.

“I Already Do Enough To Avoid IMC”

As a general aviation pilot, you likely get extensive weather briefings and use smart ADM. But are you positive you know enough to always avoid continued VFR flight into IMC? 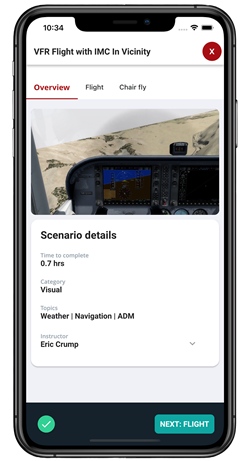 Recently, a pilot in Central California experienced how quickly and unexpectedly IMC can arise. During his preflight, he verified that he would have beautiful clear skies with unlimited visibility and no clouds on his short cross country. Yet, during his VFR flight, a wildfire erupted below (and in front) of him, quickly filling the sky with dense smoke and haze. He could not see the ground at just a few thousand feet AGL.

While the likelihood of sudden wildfires may not be high where you fly, you likely have encountered clouds and haze that reduce visibility more than predicted. The belief that you can foresee the meteorological future with impeccable clarity is potentially dangerous. Even expert forecasters cannot predict future conditions to perfection, nor can their aviation weather products provide absolute assurances of visual conditions when and where you fly. Therefore, even the most vigilant pilots should know how to handle continued VFR flight into IMC.

A two-part solution will vastly improve your odds of a successful outcome. The obvious one is getting an instrument rating, which provides a solid foundation of knowledge if you find yourself unexpectedly in the soup.

The other part is even more critical: Never stop training. In other words, regardless of the certificates or ratings you hold, make your proficiency your top priority as a pilot.