Former AOPA Editor in Chief Tom Haines was inducted as one of the Living Legends of Aviation at the twentieth annual awards ceremony on January 20 in Beverly Hills, California—the third AOPA leader to be honored at the prestigious event.

The Living Legends of Aviation award honors people of “extraordinary accomplishment in aviation,” and each year brings new names of inspiring, dedicated, and immensely skilled individuals into the league. The event is produced by Kiddie Hawk Air Academy—a nonprofit organization that introduces grade school-age children to aviation, and seeks to inspire them with the Kiddie Hawk Trainer—and nominees are selected by previous inductees.

The organization meets yearly to recognize individuals who have made significant contributions to aviation and confer a variety of awards. This year’s gala was hosted by John Travolta, the organization’s official ambassador of aviation.

Haines said in his speech that he was honored to receive this recognition and expressed gratitude to his mentors and the opportunities aviation journalism has afforded him over the years.

“Thirty-seven years in aviation journalism has allowed me to travel the world in all manner of airplanes and, hopefully, inspire a few others along the way,” he said.

Haines joined the AOPA staff as an associate editor in 1988, and in 1994 (at 33 years old) he became the youngest person to ever lead a major aviation magazine. He has flown more than a hundred models of general aviation aircraft on five continents, and shared priceless aviation experiences with thousands of readers and viewers. Throughout it all, he has maintained a dedication to future generations of flight.

“For a long time, those of my generation in aviation journalism have lamented that there didn’t seem to be a new generation coming along to replace us—in part because there were fewer and fewer jobs available as publishers cut back. Before I left AOPA, I wanted to make sure that we could make a place for the next generation and I’m so proud of how that has played out.” Haines also thanked his wife, Brenda; daughters Lauren and Jenna; and the media staff at AOPA in his speech.

Other 2023 inductees to Living Legends include Greg Evans, chairman of Universal Weather and Aviation; Alan Eustace, a pilot and Google executive who accomplished the highest human free-fall; and Jared Isaacman, a pilot and commercial astronaut who took the first all-private, nonmilitary crew into orbit. This year, honorees included former astronaut Buzz Aldrin and actor William Shatner—a private pilot and the oldest living person to travel to space—who received the Aviation Inspiration and Patriotism Award. 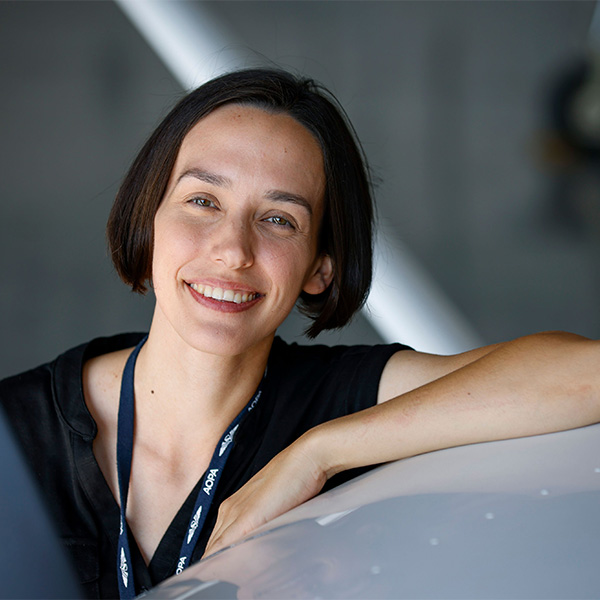