Get the app Get the app
Already a member? Please login below for an enhanced experience. Not a member? Join today
About Pilot Information Center

As the foremost technical resource available to the general aviation community, the Pilot Information Center strives to maintain the highest standards of professionalism and technical expertise.

Our skilled group of pilots, medical certification specialists, and flight instructors has more than 80,000 hours of collective flight experience and plays a pivotal role in AOPA’s mission and objectives. During the course of a given year, our specialists respond to more than 200,000 member questions and thousands of chats, e-mails and letters.

Aviation and medical certification specialists are available to answer questions on myriad aviation topics, including:

Mike Filucci, Vice President, Pilot Information Center, Flight Operations, and Member Services, is responsible for the Pilot Information Center which is comprised of medical certification assistance, pilot services, and digital product support. Responsibilities include assuring the quality of member support via the 800 Pilot Hotline and e-mail. Mike’s department is also responsible for producing much of the technical information content on the AOPA Web site. On the Flight Ops side of the house, the aircraft management team handles the scheduling/dispatch functions, pilot training, and tracks and maintains the AOPA fleet. The team also provides support to the AOPA Foundation for the acquisition and sale of donated aircraft. Our Member Services Team handles all the day-to-day account transactions for our members. Prior to joining AOPA, Mike flew with American Airlines for 28 years. He also had a military career with the US Air Force/Maryland Air National Guard, based at Martin State Airport. Mike has been active in the general aviation community, including the GA warbird community, for many years.

Janette Collins, Administrative Assistant, joined the Pilot Information Center team in 2017. She worked for AOPA from 1990-2003 in a public relations role. She has a degree in Aviation Business Administration from Embry-Riddle Aeronautical University and an MBA. She’s taken flight training and has soloed and loves every aspect of aviation.

Craig Brown, Senior Aviation Technical Specialist, joined the Pilot Information Center in August 1997. Craig holds A&P, ATP, and CFI certificates. In his 33 years of aviation experience, he has turned wrenches, flight instructed, flown traffic watch and charter, flown internationally, and has both fixed and rotor wing experience in 97 aircraft types. He has logged over 10,000 hours of flight time and responded to tens of thousands of member requests for assistance and information since starting at AOPA.

Patrick Timmerman, Senior Aviation Technical Specialist, joined the Pilot Information Center in 2009. Patrick holds a Bachelor of Science degree in Communications from Western Carolina University. He is also a CFI and CFII and has given over 1300 hours of instruction and has over 2200 hours total time. Patrick has taught at several flight schools in southeastern Virginia and the beautiful Northern Mariana Islands. While out in the western Pacific he also flew Part 135 on-demand charter.

Rodney Martz, Senior Aviation Technical Specialist, came to AOPA in 1990 from the finance and banking industry. He is a 2,000-hour private pilot who started in aviation as a lineman during college summers back in 1969. Rodney has a diverse background including real estate, FBO operations, maintenance, finance, and corporate operations. He currently owns a D35 Bonanza and a Cessna 140, both of which are getting “long-term” annuals!

Mark Milkovitz, Senior Aviation Technical Specialist, joined the Pilot Information Center in 2011. Mark has an Associate of Applied Science Degree in Flight Training from the Community College of Baltimore County and a Bachelor of Science Degree in Aircraft Maintenance Management from Embry-Riddle Aeronautical University. Mark has eight years of experience as a flight instructor, as well as 13 years as an aircraft mechanic working on large transport aircraft, such as Boeing 727, 737, 757, 767 and the Lockheed C-141. He currently holds a Single and Multi-engine Commercial License as well as CFI and IGI certificates.

Paul Feldmeyer, Senior Aviation Technical Specialist, joined the Pilot Information Center in 2013. Paul has a Bachelor's Degree in Aeronautical Science from Embry-Riddle Aeronautical University. He is a 2,300 hour Commercial pilot holding a Gold Seal CFI with CFII and MEI ratings. Before coming to AOPA Paul was a Flight Instructor and Check Airman at Embry-Riddle Aeronautical University in Daytona Beach. He has also spent some time flying Unmanned Aerial Vehicles domestically and overseas.

Jon Gandy, Aviation Technical Specialist. Jon has been mesmerized with aviation from an early age, peering into airline cockpits at all the knobs and switches, and studying the ailerons, flaps, speed brakes, and thrust reversers from his window seat. Jon is now a single and multiengine instrument-rated commercial pilot with more than 600 hours total time. He began flight training at Maryland’s Freeway Airport, continued at Flight Safety Academy in Florida, and returned to Freeway for further training. He has flown sight lines for aerial mapping, and flown for a Part 135 on-demand charter operator. He is studying to become a certificated flight instructor and joined the Pilot Information Center team in 2017.

Carlo Cilliers, Aviation Technical Specialist and Lead Aircraft Maintenance Manager, has been involved in aviation since his teens. He started his aviation maintenance career with a three year apprenticeship in the South African Air Force, working on C-130s, Impala (Macchi MB 326) jets, and Puma helicopters for a total of 5½ years. He later worked for Lockheed Martin, General Electric, and a Boeing structures subcontractor in the aviation repair and manufacturing realm. Carlo is a single and multiengine private pilot with more than 1,100 hours, mainly in experimental aircraft like the Air Cam and a Bushby Mustang II. He also holds an A&P rating and an Inspection Authorization certification. He joined the Pilot Information Center and Flight Operations teams in 2017.

Eddie Tyeryar, Senior Digital Products Support Specialist, came to AOPA in 2000 to provide Local Area Network and Telecommunications support for the entire association, and then made the move to the Pilot Information Center in 2007. Eddie has a strong understanding of software support and web technology troubleshooting, but admits that it's "getting under the hood" and tinkering with hardware that he really enjoys. Eddie provides valuable assistance to members on the full range of AOPA's digital products.

Luz Beattie, Director of Flight Operations and Corporate Pilot, has logged more than 12,000 hours including 4,000 hours of flight instruction. She holds an ATP Certificate and is a Gold Seal CFI with CFII/MEI and AGI/IGI ratings, as well as her favorite ASES rating. She holds type ratings in a CE525, CE560, and CL-65. In her previous airline and corporate experiences, she flew a variety of aircraft including a Caravan,King Air, TBM, and she currently flies a CJ3.

Sarah Staudt, Chief Flight Instructor, Flight Operations, started flying when she was 18 in a late 1960s Cherokee at an airport near her parents' home in Ohio. She graduated from the University of North Dakota in 2008 with a Bachelor’s of Science in Aeronautics with majors in Commercial Aviation and Flight Education. Her certifications include Commercial Pilot, CFI, CFII, and MEI. She has been flight instructing since 2008 in Part 141 and Part 61 schools and has been an instructor and check pilot for the Civil Air Patrol. Through all of her flying, she says her favorite “flight” was a paragliding ride in the French Alps!

Paula Wivell, Dispatch Coordinator, Flight Operations, joined AOPA in 1994 and has worked in Membership Services as well as Membership Marketing before coming to the Pilot Information Center and Flight Operations. She is responsible for scheduling and dispatching the AOPA fleet of aircraft. She works with the Chief Flight Instructor coordinating and monitoring staff who want to learn to fly through AOPA's Flight Training Program, as well as certificated pilots maintaining their currency. Paula earned her private pilot certificate in 2013. She recently obtained her high performance and complex endorsements. Paula, along with two other staffers, flew in the 2017 Air Race Classic representing AOPA as the AOPAngels.

Gary Crump, Director, Medical Certification Services, has been with AOPA since 1987. A native Texan from the Panhandle city of Amarillo, he was an Operating Room Technician for 10 years and a professional firefighter and Emergency Medical Technician for six years before returning to school to complete his bachelor’s degree in Aviation Management at Florida Tech in Melbourne, Florida. He has more than 30 years of experience in assisting pilots and prospective pilots with FAA medical certification issues, and stays in contact with key players in the government and industry aeromedical community. He holds a commercial pilot certificate with instrument, multiengine, and single-engine sea ratings.

Marianne Hays, Senior Medical Certification Specialist, joined the Medical Certification department in June 2007. She graduated from the Medix School in Baltimore, Maryland and has worked for more than 15 years in the medical field. Her medical office experience includes internal medicine, ophthalmology, and medical laboratories. Her husband has been a pilot for over 40 years. She enjoys flying with him and combining her aviation knowledge with her medical background to assist fellow aviators. She hopes to further her aviation experience by pursuing her pilot certificate in the future.

Jeena Tyler, Senior Medical Certification Specialist joined the Medical Certification department in July 2016. She has extensive customer service experience. While on active duty in the USAF, she adored her job as an Air Traffic Controller. Her medical background stems from working as a 911 operator, managing the IV Infusion Center at Meritus Medical Center, as well as 11 years managing a doctor's office.

Allison Stone, Medical Certification Specialist, joined the Medical Certification department in February, 2018. She graduated from Hood College with a Bachelor's degree in Psychology. Allison has been working in the medical field for over 10 years and has experience in pediatrics, labor and delivery, and the emergency department.

Anita Fetzer, Medical Certification Specialist, has experience in both medicine and aviation. She has worked in hospitals, doctors’ offices, and labs, has taught numerous medical classes at the collegiate level. She is also an American Red Cross CPR and Basic Life Support instructor. As a teen, she participated in Civil Air Patrol encampments and also joined the fire department and became an EMT. She has degrees in both Medical Assisting and Health Sciences. Anita joined our team in April 2019, and is interested in learning to fly. 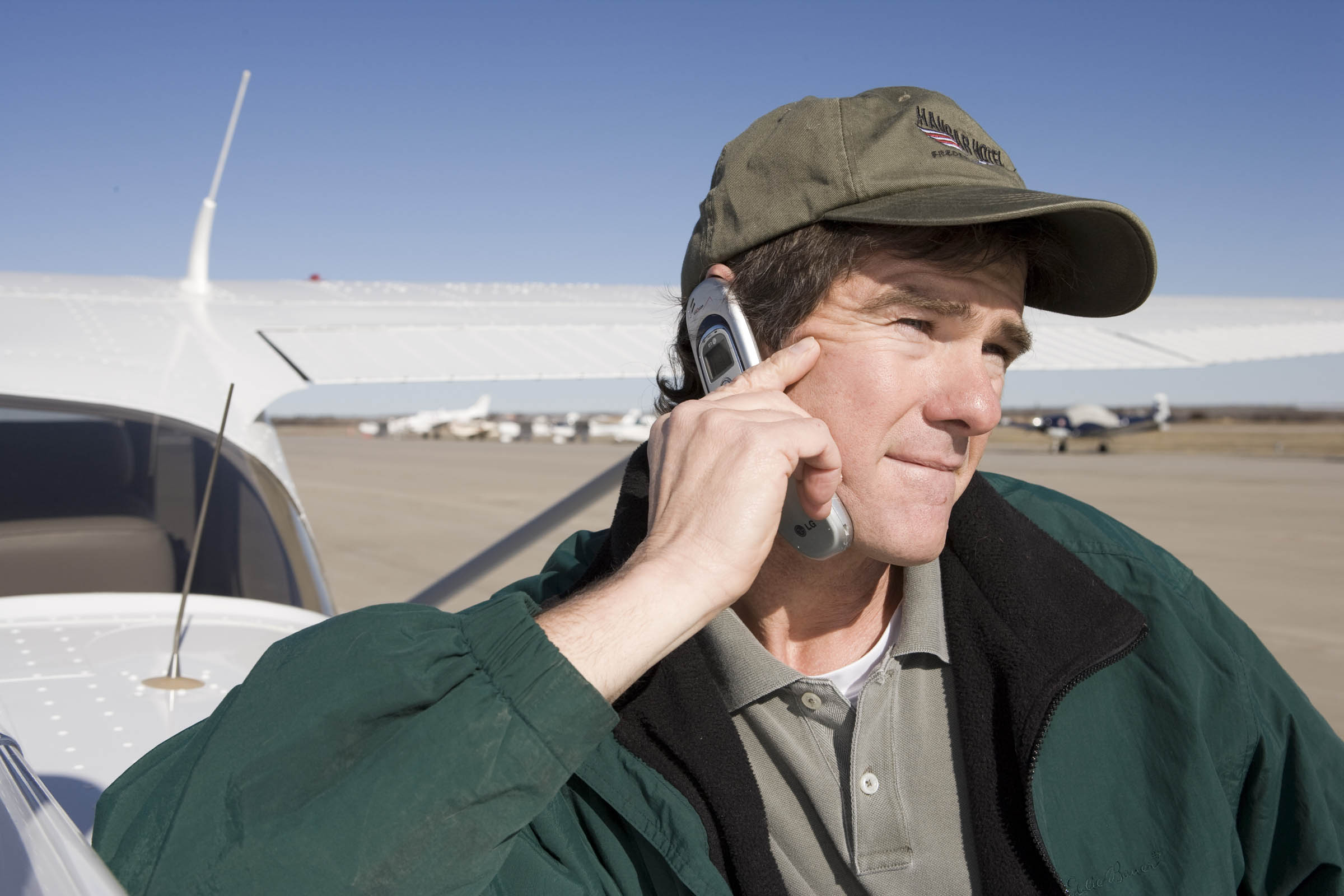