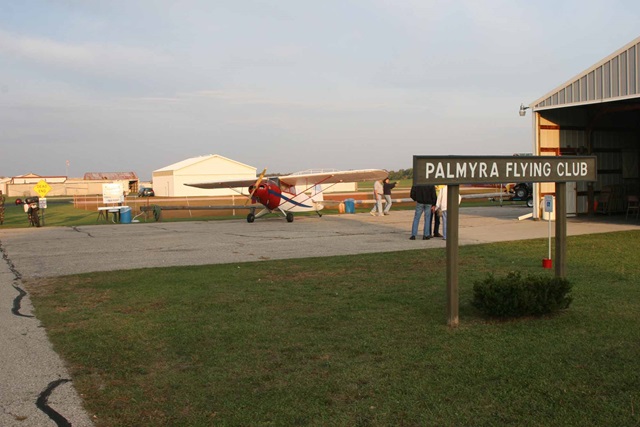 The Palmyra Flying Club in southeast Wisconsin, like many clubs, is all about promoting aviation and keeping it affordable. What makes it different is how it goes about its mission.

It doesn’t own a single airplane. It doesn’t even own the airport like Chapin Field in upstate New York, which is operated by the Cambridge Valley Flying Club. (see Club Connector October 2013).

The recipe is pretty simple actually. A little flour, some eggs and milk, and Aunt Jemima. 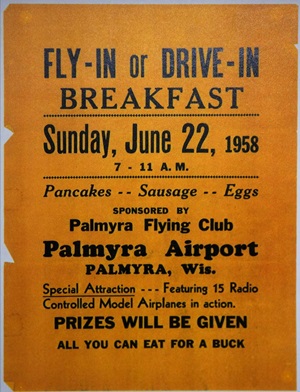 Every Father’s Day for 65 years the Palmyra Flying Club has been cooking up a pancake breakfast to raise money to operate the airport.

While most flying clubs make aviation accessible by providing aircraft at reasonable rates, the Palmyra Flying Club makes flying affordable by providing the means to keep the airport open and operating.

“The airport is owned by the town,” Club Secretary David Dunn said. “The flying club, through the pancake breakfast, pays for all the grass seed and the fertilizer and the diesel fuel that runs the snow plow and the trucks.”

Palmyra Municipal Airport (88C) is a 2,800-foot grass strip halfway between Milwaukee and Madison. It has about 50 hangars, paved taxiways, and 80 aircraft based at the field.

“It’s like stepping back in time,” David said. “I imagine it is the way it was at most rural airports years ago. You come over here on a Saturday or Sunday and there’s bound to be several hangar doors open. It’s not uncommon to see 50 planes a day flying in and out.”

True to is mission

Since it was incorporated in 1949, the Palmyra Flying Club’s mission has been, “To promote and further all phases of private aviation; by initiating, supporting and participating in projects of educational or instructional purposes, and through the operation of aircraft for the overall benefit of pilots and the general community at large.”

Judging by the turnout at this year’s pancake breakfast, it’s succeeding. In just four hours, the flying club served breakfast to more than 2,000 people and raised about $10,000. That’s enough money to run the airport and provide $3,000 in scholarship money to high school students for flight training or academic studies in an aviation-related field.

This year the club awarded three $1,000 scholarships. A recent recipient used his scholarship money to complete his A&P training, including the cost of his oral and written tests. The club also has sponsored kids that want to go to Oshkosh for a week at EAA’s Air Academy summer camp. 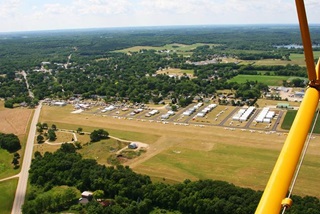 The club has 112 members that pay $20 a year in dues. So what do members get besides the pride in saying they belong to one of Wisconsin’s oldest flying clubs? The answer: cheap gas.

The airport’s fuel farm is owned and operated by the flying club. There is one caveat:

“If you want to use the fuel farm, you have to be a member,” David said. “You get billed once a month and it’s going to be cheaper than you can buy anywhere else. We buy the fuel and sell it back to ourselves for a nickel more a gallon. It goes back to the mission of keeping flying affordable.”

Another benefit is the club sells both 100LL and Mogas. One member comes to the annual club meeting with a truck that has a 150-gallon tank in the bed, which he fills up with Mogas so he can use it in his plane based at another airport.

The small profit made from fuel sales, hangar leases, and the pancake breakfast have provided enough money in the airport fund recently for a matching grant to build another eight T-hangars.

It’s all about community

What’s striking about the Palmyra Flying Club isn’t how the aviation community is supporting an airport, but how the last part of its mission statement – to benefit the general community at large – is what is truly keeping aviation affordable and accessible. 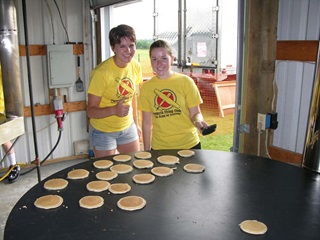 “There’s a lot of support for the airport in this town and a lot of people like it,” David said. “Less than 50 planes flew in for our Father’s Day breakfast because the weather was so gusty, and we still served more than 2,000 people. You can imagine how many cars there were.”

For 65 years the Palmyra Flying Club has built something special and delivered on its mission to provide educational opportunities and keep aviation affordable by doing something different – supporting the airport. And it’s mostly done with a whole lot of pancake batter.

“This is truly where local pilots and the community, grass roots people, are keeping an airport going,” David said. “It’s a unique experience.”