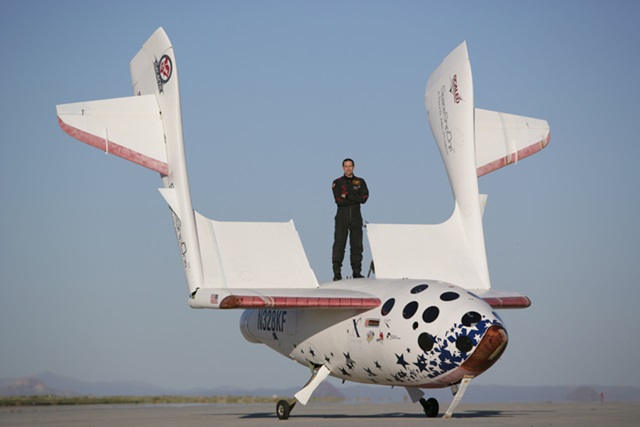 On October 4, 2004, Brian Binnie became a household name as he piloted SpaceShipOne into the history books. He was at the controls of the first commercially developed and flown spacecraft to blast beyond the earth’s atmosphere and glide back to earth twice within a week, winning the $10 million Ansari X Prize.

Binnie had a distinguished career as a naval aviator and test pilot, including combat missions during Operation Desert Storm before joining Scaled Composites, Burt Rutan’s company that designed and built SpaceShipOne. And it all started in a glider soaring club on a small grass runway in central New Jersey just off of Route 1. 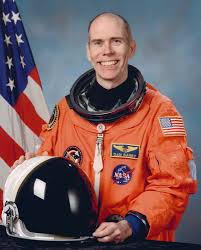 He wasn’t the only astronaut to earn his wings at Princeton University’s now closed Forrestal Airport. Daniel Barry, a mission specialist on three shuttle missions who completed three spacewalks, also began his career in aviation and space from that same grass field in the same flying club.

Both Binnie and Barry learned to fly in a glider as members of the Soaring Society of Princeton University, a flying club started in 1975 by a student named Steve Sliwa, who went on to work for NASA, Boeing, and served as president of Embry-Riddle University.

Forty years later the club is now known as Soaring Tigers and no longer affiliated with Princeton University. It moved to Van Sant Airport in Bucks County, Pennsylvania after the university closed Forrestal Airport in 1989.  But throughout the years, the mission has remained focused on flight instruction.

“Most [soaring] clubs are basically operations where people get together so they have a place to fly and a tow plane,” Board Member and former club chief instructor Marty Schneiderman said. “Our club provides instruction to teach people how to fly. Most clubs don’t have a CFI, they’re not in that business at all, and they’re not a non-profit the way we are. So there is a very significant, distinguishing difference. The day this club was started, instruction was the focus and it has very much maintained that over the 40 years the club has been around.” One of the benefits of joining a flying club is to be able to fly at affordable rates. Soaring clubs provide that same opportunity by offering another low-cost entry point into aviation.

Traditional glider flight schools in the area charge between $80 and $100 for a flight lesson, which includes the aircraft rental and instruction, but not the cost of a tow. Rental prices may vary due to location and type of aircraft.

How can Soaring Tigers afford to charge so little? The club owns a two-place Schweizer SGS 2-33A, which costs about $3,000 a year to have on the line available for members to fly. This figure includes insurance, an annual inspection, and normal maintenance.

The tube and fabric glider generally costs anywhere from $12,000 to $20,000 to purchase depending on condition. It is much less expensive than a fiberglass sailplane, like a Grob, that might cost anywhere from $20,000 to $40,000 to buy and has much higher maintenance and repair costs.

The club leases the SGS 2-33A to the FBO at Van Sant Airport, Bird of Paradise. By leasing the aircraft to Bird of Paradise, the glider is covered under the FBO’s insurance policy, which saves the club money. In addition, the club doesn’t have to pay a tie down fee, which is a cost savings of nearly $1,000 a year.

“We have mutually arrived at a symbiotic relationship,” Soaring Tigers President David Hunter said. “Bird of Paradise leases our aircraft so that they can provide glider rides to the public.”

If someone comes in and wants to learn how to fly gliders they are referred to Soaring Tigers. “It’s a very nice division of responsibility. They do the commercial rides and we do the pilot training when it comes to gliders,” David said. “I think this is a fantastic arrangement that a number of clubs could benefit from.”

Bird of Paradise runs the towing operation, so the more the aircraft flies, the greater the financial benefit the FBO realizes.  Under the agreement, Bird of Paradise is responsible for aircraft operations, which means club members must schedule their flights through the FBO. Soaring Tigers currently has one active CFI-G who volunteers his time an average of one day each weekend. By Tuesday of each week he’ll inform club members what day and time he is available to instruct for the upcoming weekend. Members will then call Bird of Paradise to schedule a block of time, usually an hour and a half.  Each hour and a half lesson generally includes three flights, each lasting about 20 minutes in the air depending on weather conditions.

“Our members have priority on signing up for that aircraft and the other times that are available they [Bird of Paradise] can use for the rides,” David said. The club is flexible and works with the FBO for occasions when a customer books a ride in advance to celebrate a birthday, anniversary, or when someone from out of town is visiting and schedules a flight.

Typically Soaring Tigers will offer instruction in the morning from 9:30 to about 1 p.m., but it may vary. “As you have more advanced students who want afternoon conditions with convection of ground heat and thermals, [the instructor] will schedule more in the afternoon,” David said.

When the club was located at Forrestal Airport, which was a short bike ride from Princeton University, membership was restricted to students, faculty, staff, and alumni of the university and there were typically 30+ members. The club had several instructors and averaged about 1,000 flights each year.

Membership was expanded to the general public when the club moved to Van Sant when the university closed Forrestal in 1989. Since then, membership has declined in part because the hour drive from Princeton makes it more difficult for students and staff to get to the airport. The club has averaged between 200 to 400 flights a year since moving to Van Sant.

When David started looking for a club to join five or six years ago, “cost was important to me as it is to a lot of folks,” he said. But that wasn’t his only motivation. “I felt my personal mission was how could I contribute to aviation? How could I grow the pilot population and reverse this trend? I was definitely drawn to the instructional aspect of Soaring Tigers and that whole mission. Also with the focus on safety, it goes hand in hand. It aligned with my personal goals perfectly.”

Marty added, “The club has maintained that mantra of instruction. Over the years we’ve had a lot of people get their private, commercial, and glider instructor ratings.”

The club is now in a growth mode. It had been considering selling its single-seat Schweizer 1-34, which has been in storage for 12 years. But with membership growing, it is considering flying the aircraft again next year. Over the winter, Soaring Tigers will look to develop a plan to transition pilots from the more docile, SGS 2-33A with it’s upright seats, to the higher performance SGS 1-34 and its reclining seat, which presents a much different sight line for pilots. It also would like to add another instructor.

These are good discussions for the Soaring Tigers, or any club, to be having.

By focusing on safety and flight instruction at an affordable cost, Soaring Tigers is continuing its 40-year mission and Club President David Hunter is fulfilling his purpose of growing the pilot population. And who knows, maybe one of the high school students currently taking lessons with Soaring Tigers will continue the legacy of Brian Binnie, Daniel Barry, and Steve Sliwa and have a distinguished career in aviation and space, and perhaps one day be one of the first astronauts to go to Mars.