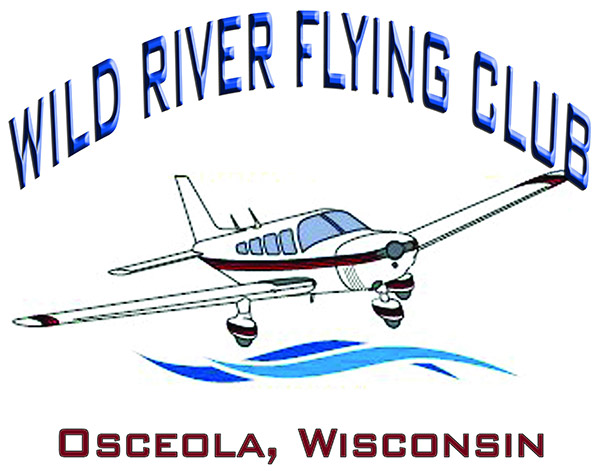 When it comes to cooking up a successful flying club, there is no one recipe for success. And while there are many ways to bake a pie, it doesn’t hurt to take a peek at what others are crafting to see if any of the ingredients might take your culinary creation to the next level. The same is true for flying clubs.

The Wild River Flying Club in Osceola, Wisconsin, has used an interesting recipe over the past 45 years to build a club with four diverse aircraft, 30 members, and a solid understanding of its finances. This is what it looks like: 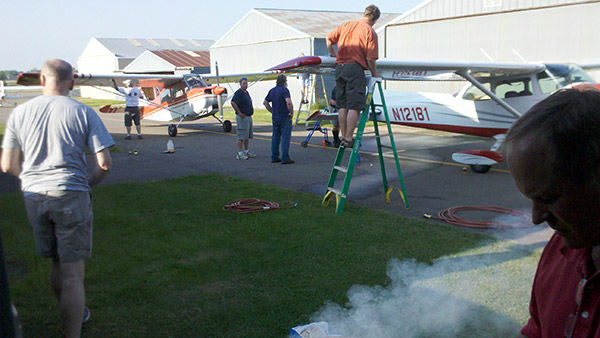 The club’s mission is to fly diverse aircraft and have fun at a reasonable cost, Club Secretary Woody Minar said. Wild River has two hangars, meeting space, a 2,000 gallon fuel farm, and a fleet of four aircraft including a Cessna 172, a 182, a Cherokee Six 300, and a Citabria 7GCAA, with each plane serving a mission.

“We like the 172 because it’s a great trainer, and we have student pilots in our club. It’s also great for instrument training,” he noted. “The Cherokee Six we got originally because it can haul a bunch of stuff, you can go places with it and it’s comfortable.” The club added the 182 when it merged with a smaller club in 2011, and it can be used for IFR training or cross-country flying.

The Citabria serves several roles (see this month's Aircraft Spotlight). “There’s no other club in the area that we know of with a tailwheel,” Woody said, which gives WRFC a marketing advantage. The club uses the Citabria to incorporate spin training into its private pilot training program, and uses it for tailwheel endorsements and basic aerobatics.

“Successful clubs manage their money well,” Woody said. “But successful clubs also have a lot of members, a high member to plane ratio, like 10:1 or more. We’ve got 8:1.”

Having a low member-to-aircraft ratio has served the club well. Besides better scheduling availability, it has allowed the club to add members when major work or upgrades were needed.

Since the club was founded in 1971 there has been only one assessment to the members. That was back in 2002 or 2003. “We had three engines and two props come up for overhaul within a year,” Woody said. “At that time we had 18 members and we couldn’t absorb [the cost] so we had an assessment among the members to get us out of the hole.” 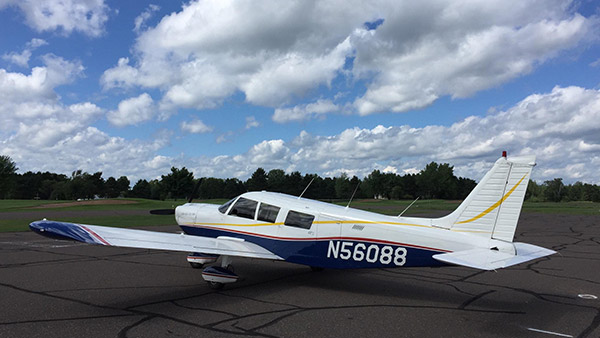 The club was $5,000 in debt when it had the assessment. But 10 years later when Wild River replaced its Cherokee Six with another one, the club had more than $100,000 in the bank and paid cash for the plane. And that was after spending $55,000 to build a second hangar, repainting the 172, and equipping two aircraft with Garmin 430 GPS units.

So how did they turn things around? With new members, owning its own fuel farm, and having a detailed tracking system on aircraft use and expenses.

When Woody joined the club in 2000, there were 18 members, three aircraft and not much flying going on. The club wanted to get the 172 painted, so they found two new members who paid the initiation fee, which was $7,000 at the time, and they were able to repaint the plane. Having such a low member-to-plane ratio made it possible to add members without negatively affecting availability of aircraft. 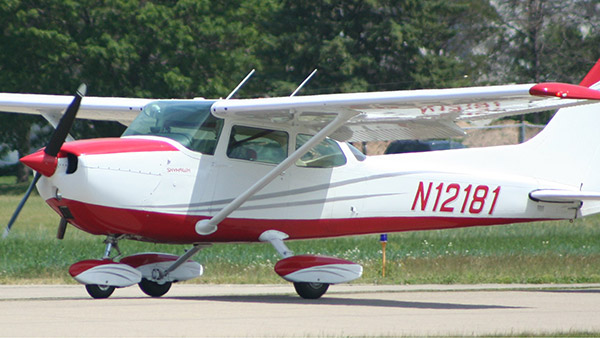 “Then we wanted to get [Garmin] 430s in two of the airplanes and how do we do that without an assessment to the club? Well we got two new members,” Woody said. “We asked for four more members to bring in the extra capital to replenish the funds.”

To make the club more marketable, it lowered the buy-in rate from $7,000 to $4,500. The club also attracts members by providing information on its website, www.WildRiverFlyingClub.com, and members are very active on Facebook and Twitter.

While adding new members to bring in revenue may prove successful from time to time, the club took other steps to create more stable finances.

Owning its own fuel farm

In 1999, the club installed its own fuel farm. “The club decided it would probably be cheaper if we bought our own fuel tank rather than going down to the FBO,” Woody said. He didn’t know how much it cost to install the 2,000-gallon tank, but the club spends about $1,000 each year on insurance and an annual inspection.

When that tank gets down to 500 gallons, the club will order another 1,000 gallons, and Woody said they generally fill it up about once a quarter. He estimated the club uses about 5,000 gallons annually. The club paid $3.35 per gallon for its most recent shipment. That’s compared to $3.75 per gallon the FBO charges, which is one of the cheapest in the area according to a check of fuel prices on ForeFlight. 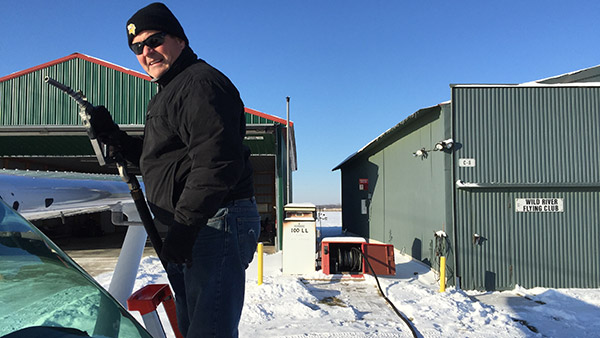 In addition to saving costs on fuel, there are other financial benefits. “We don’t have to start up the engine and taxi 300 yards or a quarter mile to get to the fuel pump, shut it down, and then start it up again,” Woody said. “We can just pull the airplane out of the hangar, fill it up, get in it once and start it up once. Getting in and out of the airplane, the wear and tear there, plus the wear and tear on the engine, especially in the wintertime—that’s the intangible savings that we’ve got by having our own fuel system.”

The club hasn’t changed its rates in four years, allowing it to build some of its reserves. “Every time the price of gas goes down our profit margin goes up. It’s being fiscally responsible,” Woody said.

To help the club use its financial resources wisely, information on aircraft usage, costs, and expenses are tracked on a spreadsheet with data all the way back to 1995. “It’s got the expenses by categories,” Woody said. “How much the annuals were, insurance, fuel charts, taxes. We can compare it year to year and it calculates the cost for the aircraft.”

Using the charts, the club knows that last year the 182 had a profit of $3.35 an hour, the 172 had a profit of $14 an hour and the Citabria was $17 an hour after accounting for engine and prop overhaul reserves. “The treasurer gives me the Hobbs and tach readings every month and I plug it into the spreadsheet and it calculates when the engines need an overhaul,” Woody said. Five years ago he predicted the 182 would need an overhaul this year at a cost of $32,000. “It happened this year and I was $500 off on the estimate.” 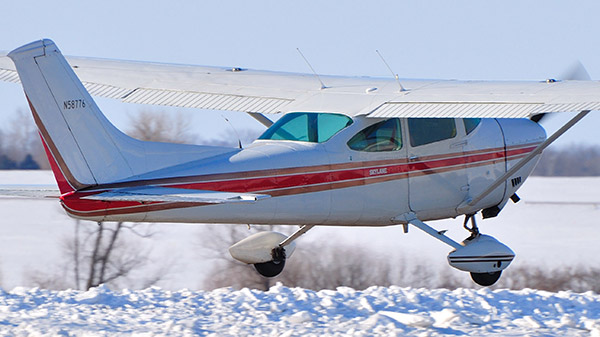 Next on the upgrade list is getting the aircraft ADS-B compliant, then repainting the 182 and buying a KX-155 as a second Nav/Comm for the Cherokee. “Once we get our 31st and 32nd members that will be $9,000,” Woody said. “Then we’ll probably get the 182’s paint touched up.”

While not every club will develop its fleet, plan upgrades, or handle new member growth in the same way, the mix of ingredients Wild River Flying Club has used is working. It has led to financial stability, a variety of well-maintained aircraft serving different missions that are readily available at reasonable costs, and a camaraderie among its members.