Get the app Get the app
AOPA Members DO more LEARN more SAVE more - Get MORE out of being a pilot - CLICK HERE
Advocacy Advocacy Briefs Security Brief: Washington, D.C., Flight Restricted Zone/"DC-3" Airports 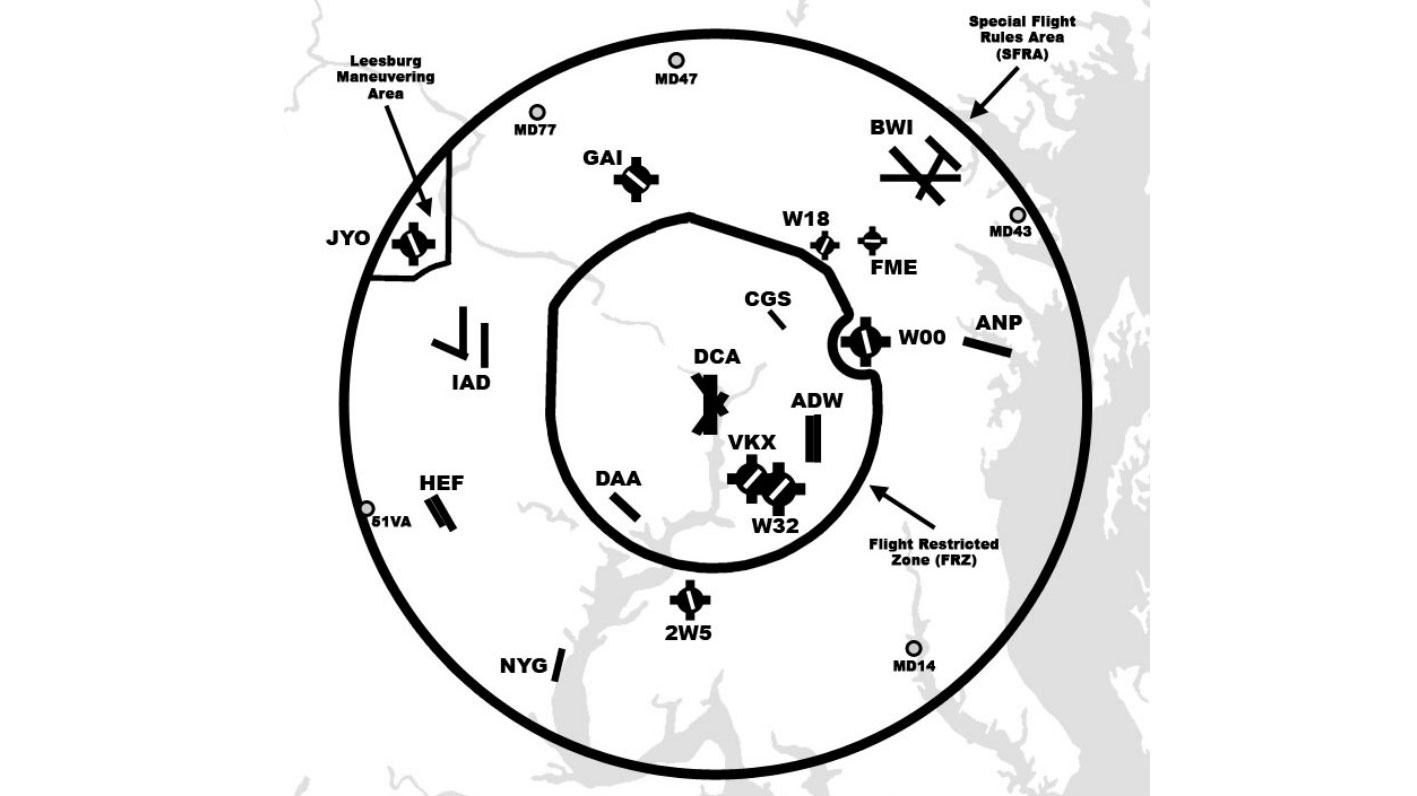 The importance to our members

The Transportation Security Administration (TSA) and the FAA have streamlined the procedures for screening pilots seeking access to the “DC-3”. The FRZ airspace and its associated restrictions, initially implemented under SFAR 94 and since codified into FAR Part 93 and TSR Part 1562, require that the TSA perform background checks and issue a personal identification number (PIN) to pilots using the "DC-3" airports. With this new procedure being implemented, pilots requesting access to the three airports are no longer required to visit the FAA’s Baltimore or Washington D.C. Flight Standards District Office to have their airmen records reviewed by an FAA inspector.

After the events of September 11, 2001, massive flight restrictions were implemented throughout the National Airspace System that effectively shut down all flight operations except for military, law enforcement, and emergency-related aircraft operations. Beginning on September 13, 2001, restrictions began to be incrementally lifted; however, Washington, D.C., flight restrictions remained in place. On February 13, 2002, the FAA proceeded with emergency rulemaking that codified the FRZ within 13-15 nm of the DCA VOR/DME.

Effective February 13, 2005, TSA issued an interim final rule that transferred responsibility for ground security procedures at the "DC-3" airports from the FAA to TSA and authorize transient operations, albeit on a very restricted basis. The FAA issued a revised notam for the Washington, D.C., area, allowing vetted transient pilots to operate in the FRZ airspace.

Despite congressional inquiries, economic studies, pilot opposition, and AOPA’s all-out effort to convince officials that the Washington, D.C., ADIZ was an unreasonable, burdensome security restriction, on December 15, 2008, the FAA announced its permanence as a special flight rules area (SFRA), which included the FRZ.

After the SFRA and FRZ became permanent, AOPA challenged the FAA and TSA to simplify the pilot vetting procedures for FRZ access. First, AOPA was able to make changes to the fingerprinting process. In January 2012, the TSA expanded the locations where fingerprints could be collected. Pilots no longer had to travel to Ronald Reagan Washington National Airport to be fingerprinted. Instead, the fingerprinting process could be completed at any participating law enforcement agency office, a participating airport’s badging office, or at Ronald Reagan Washington National Airport. Applicants could also be fingerprinted by any authorized fingerprint collector of the National Air Transportation Association's (NATA) Compliance Services.

Procedures for the issuance of a PIN vary slightly at each airport. It is recommended that you contact the airport security coordinator at the airport you intend to use to be issued the PIN.
All applicants will be required to complete the FAA Online Course, “The Washington DC Special Flight Rules Area.”

TSA Information and Guidance on the Maryland-Three Program

May 17, 2016, the TSA and FAA streamlined the safety record review process and pilots are no longer required to visit the FAA’s Baltimore or Washington D.C. Flight Standards District Office.

January 2012, the TSA expanded the locations where fingerprints can be collected for various general aviation security program, including Maryland Three Security Procedures.

December 15, 2008, the FAA released its final rule, making the ADIZ permanent as a Special Flight Rules Area, which included the FRZ. The SFRA went into effect on February 17, 2009.

August 30, 2007, a notam was issued that modified the size and shape of the DC SFRA.  In this notam the dimensions of the DC FRZ remained essentially the same, except that the western boundary was moved slightly eastward.

August 4, 2005, the FAA issued a notice of proposed rulemaking to codify the current airspace restrictions for flight into the FRZ and the Washington, D.C., Air Defense Identification Zone (ADIZ).

February 13, 2005, TSA issued an interim final rule that transferred responsibility for ground security procedures at the "DC-3" airports from the FAA to TSA and authorizes transient operations, albeit on a very restricted basis. The FAA issued a revised notam for the Washington, D.C., area, allowing vetted transient pilots to operate in FRZ airspace.

February 14, 2003, spurred in part by AOPA's petition, the FAA and the TSA allowed operators based at the "DC-3" airports to fly to other affected "DC-3" airports located inside the special flight rules area by the issuance of notam 2/2720, as explained in the SFAR 94 renewal.

October 16, 2002, AOPA petitioned the FAA and TSA to change current language in SFAR 94 that would allow pilots vetted at College Park, Potomac Airpark, and Washington Executive/Hyde Field to conduct flights to any of the "DC-3" airports provided the operators meet the security provisions set forth by the proposed amended rule. Additionally, the petition requested that vetted pilots be allowed to conduct traffic-pattern operations and transient operations be permitted, provided the operators meet the same security provisions.