Get the app Get the app
AOPA Members DO more LEARN more SAVE more - Get MORE out of being a pilot - CLICK HERE
Advocacy Airports, Airspace and Weather Security and Borders AOPA's Airport Watch 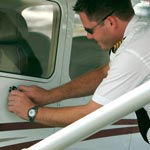 How to be more secure: 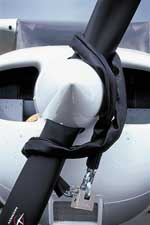 Security begins with your own aircraft. Crime usually happens because of opportunity, while terrorism is generally pre-planned and choreographed. Don't ever make it easy for either. Similar actions can be taken to avoid both crime and terrorism. Always secure your aircraft. Most pilots do this by locking the aircraft's doors, regardless of whether the aircraft is hangared or tied down outside.

Many owners already use auxiliary locks to further protect their aircraft from unauthorized use. If you don't, consider how much less expensive it is to add a lock than to have someone steal your aircraft. Options available include a variety of locks for propellers, throttle, and prop controls. Pilot supply catalogs have a wide range of products to deter tampering and the theft of your aircraft.

Once your aircraft is locked, take home all your keys—aircraft, hangar, and auxiliary locks. To make it as difficult as possible for someone to gain access to your aircraft, you might want to consider whether you keep your aircraft key on the same keychain as your hangar key. Little changes can make all the difference.

Participate with your fellow pilots in the safekeeping of general aviation's local neighborhoods—our home airports. Report suspicious activity to 866/GA-SECURE (866/427-3287). 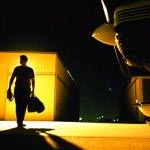 Here's what to look out for:

Provide details: Be specific in details whenever you report something amiss to authorities. Generalized concerns (e.g., "That guy looked shifty to me.") may not carry the appropriate sense of urgency. Be alert, report aircraft with unusual or obviously unauthorized modifications, and people or groups who seem determined to keep to themselves.

Details carry weight: "I'm at the Anytown Municipal Airport and just saw something dangerous loaded into a tan-and-orange airplane with tail number N1234. The pilot seems to be intimidated by his passengers; the passengers are keeping out of sight. I think something bad is about to happen." Pay attention to height, weight, clothing, or other identifiable traits.

Never approach someone you fear may be about to commit an illegal act or crime. Make some notes, such as the person's appearance, clothing, car license plate, type of aircraft, N number, and coloring. If appropriate, take a picture, but keep your distance if the situation seems hostile. If you can't safely contact authorities or the airport management without exposing yourself to risk, leave the field or go to your car and talk on your cell phone. It could be your best weapon in fighting airport crime.