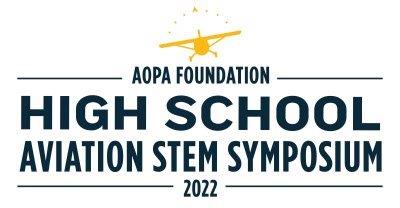 Register as an Exhibitor

Hotel room booking link:
Reserve your hotel room early! The Peabody Memphis is offering preferred rooms at a discounted rate for Symposium attendees. Make your reservations directly with the hotel at this link.
https://reservations.peabodymemphis.com/95096?groupID=3361205
Exhibitor set up:
Sunday November 13 10am-2pm

These Terms and Conditions shall apply to all Exhibitors or Sponsors who register with AFI and agree to the Exhibitor and Sponsor Agreement (“Agreement”), for the AOPA Foundation’s 2022 High School Event (“Event”). By being designated or participating as an “Exhibitor” and/or as a “Sponsor” at the Event, the Exhibitor/Sponsor (for itself, its employees, officers, agents, and contractors) agrees as follows:

1. Exhibition Space: If AFI agrees to provide, or if an Exhibitor/Sponsor purchases, an “exhibition space” from AFI, AFI hereby grants to the Exhibitor/Sponsor a limited license to use an “exhibition space” and act as an exhibitor or sponsor (as agreed upon between the Parties) at the selected Event(s). Although Exhibition spaces may have been assigned, they shall not be guaranteed or reserved until full payment of any applicable Exhibitor and/or Sponsorship Fees is received by AFI. Final booth placement shall be subject to AFI’s sole discretion.

3. Term: The Term of the Agreement shall commence upon the date of registration by Exhibitor/Sponsor (“Effective Date”) for the Event(s) and shall continue until: (1) the conclusion of the Event; and (2) the completion of any outstanding fee obligations by Exhibitor/Sponsor, whichever occurs last.

7. Cancelation or Rescheduling of Symposium.

11. Insurance. Exhibitor/Sponsor shall satisfy the following insurance requirements throughout the entire Event: