Get the app Get the app
Already a member? Please login below for an enhanced experience. Not a member? Join today
News & Videos A dream come true for CAU Dreams take Flight Scholarship winner Kimberly Goana
Sponsored by California Aeronautical University

For Kimberly Goana becoming a professional pilot seemed like a distant dream until she learned of the Dreams Take Flight Scholarship at California Aeronautical University (CAU). As an active student in the North Bakersfield High School’s Aviation program, she discovered that her passion for aviation could become a reality with the right resources and supportive environment. As she entered her first term as a professional pilot student at CAU, Kimberly finds herself immersed in aviation and is excited for what the future brings. 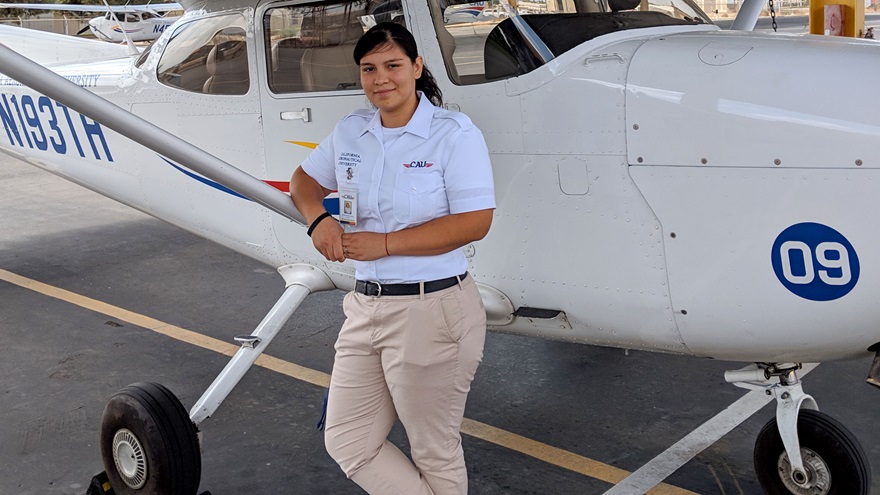 Last year, Kimberly Gaona was a high school student going through the motions of day-to-day life. The highlight of her day could be summarized in one word: Aviation. Kimberly was part of the North Bakersfield High School Aviation Program and Drone Club. In her spare time, she could be found adding to her 30 hours of simulator time and fantasizing about pursuing the career of her dreams as a pilot.

Kimberly had been enamored of flight since she was six years old. She describes her first time on an airplane: “The sky was such a beautiful shade of blue and the clouds just looked like a lot of soft pillows and it was like I could just reach out of the window and touch those clouds with my fingertips.”

It was Kimberly’s dream to go to California Aeronautical University (CAU) after graduating high school. However, being one of six children supported by a single mother working multiple jobs, she knew it was out of the question financially. That was when Kimberly applied for California Aeronautical University’s Dreams Take Flight scholarship – a full ride scholarship for high school seniors covering the cost of tuition to earn a Bachelor’s degree in Aeronautics, which includes the Private, Instrument, Commercial, Certificated Flight Instructor, Certificated Flight Instructor-Instrument, and Multi-Engine certificates and ratings. 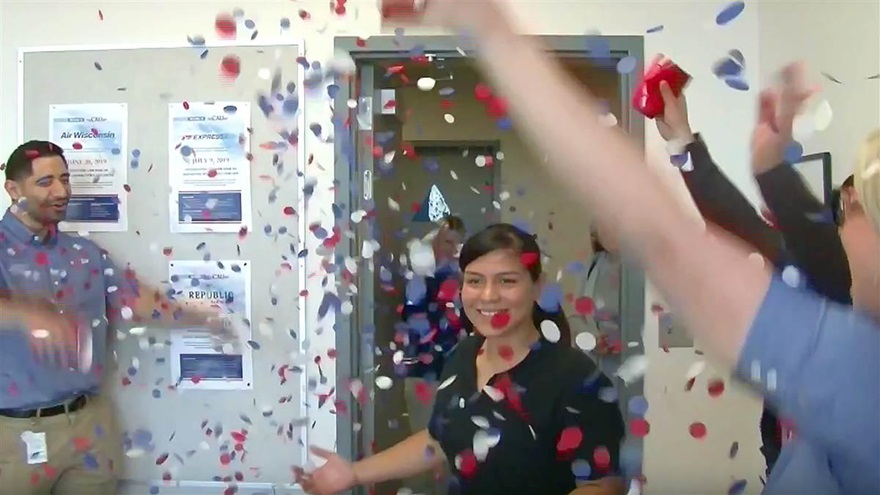 Fast forward to the present. She is now immersed in aviation, learning about aircraft systems, weather, safety, navigation, and flight planning. She describes the awe she used to feel seeing CAU students visiting her high school classroom wearing their uniforms, and how surreal it feels to wear her CAU uniform with pride now. “I already went to North High with my uniform and saw my ex-classmates admiring me. They are happy for me that I am following my dreams,” she said.

Kimberly admits that “sometimes it still doesn’t feel real. I ask myself, was it really me who got this opportunity?” Kimberly can often be found on the second floor balcony in CAU’s Administration building, watching the sun rise and set, as well as planes taking off and landing.

“It just makes you think about your future in a really special way,” she said. “So far my experience here at CAU has been great. I love being able to expand my knowledge in aviation especially because it’s a great passion of mine. I have already made great friendships that will last a lifetime. I’ve developed skills that are going to help further my career in aviation and grow as an individual. I am excited to keep learning at CAU."