Get the app Get the app
Get the latest news on coronavirus impacts on general aviation, including what AOPA is doing to protect GA, event cancellations, advice for pilots to protect themselves, and more. Read More
Already a member? Please login below for an enhanced experience. Not a member? Join today
News & Videos CAU Conducts Fly over in Bakersfield Honoring Essential Workers and Community Spirit
Sponsored by California Aeronautical University

CAU coordinated five aircraft to fly in formation over many neighborhoods, shopping centers and major medical facilities in Bakersfield. The Condor Squadron, a professional formation flying team from Van Nuys California made up of four WWII era T-6 trainers, led the formation flight. Right behind them was Vicky Benzing in her bright red Stearman biplane, also a WWII era trainer. 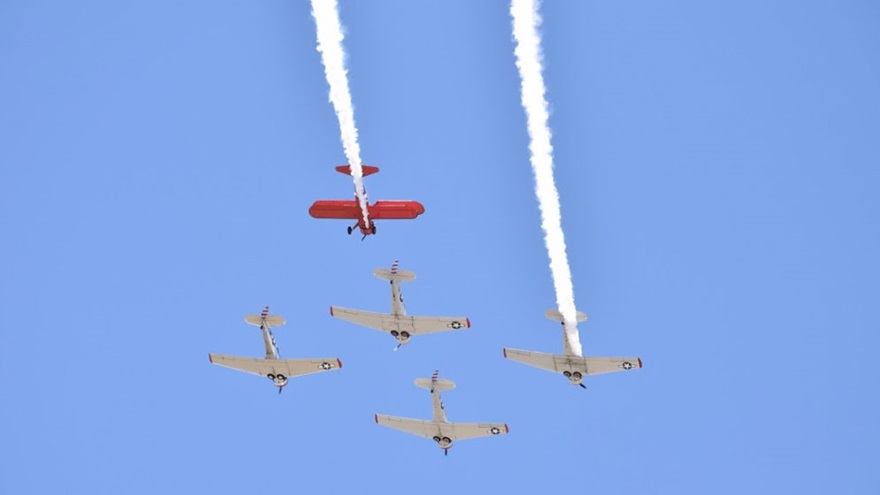 With many affected by the recent COVID-19 pandemic, there has been an outpouring of support in many ways. Understanding the psychological affects that it has had on our communities, California Aeronautical University (CAU) decided to lift the spirits of those in Kern County, California, and give them something positive and uplifting to look forward to. This past April, in addition to the medical workers taking care of those who have fallen ill, many people have been serving in other ways to support us including educational institutions, restaurants, grocery stores, utility, sanitation services, law enforcement, fire department, and countless other services.

CAU coordinated five aircraft to fly in formation over many neighborhoods, shopping centers, and major medical facilities in Bakersfield. The Condor Squadron, a professional formation flying team from Van Nuys, California, made up of four World War II-era T–6 trainers, led the formation flight. Right behind them was Vicky Benzing in her bright red Stearman biplane, also a World War II-era trainer. The aircraft flew low enough to be highly visible while still adhering to all FAA regulations and used smoke trails to increase their visibility. 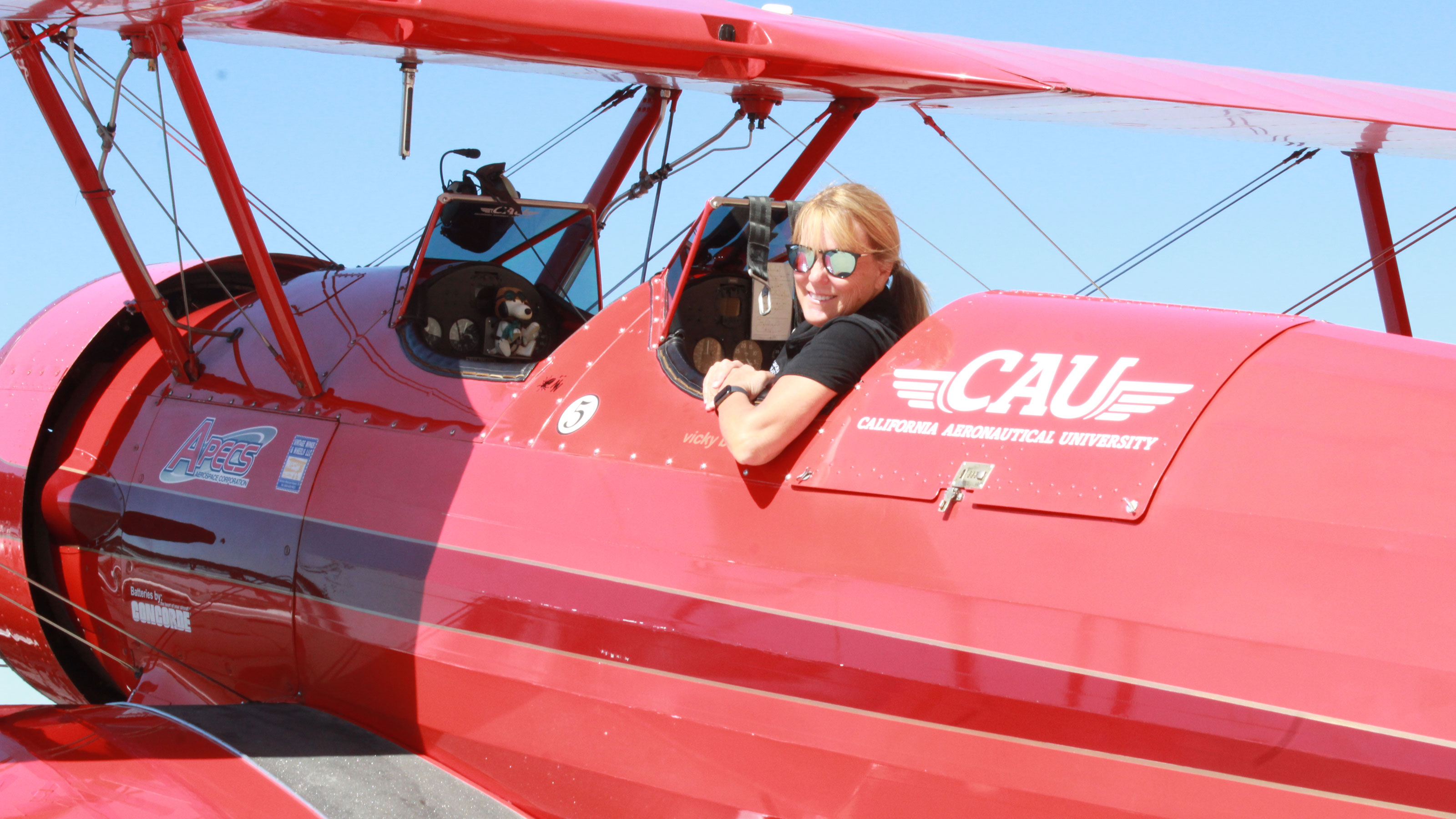 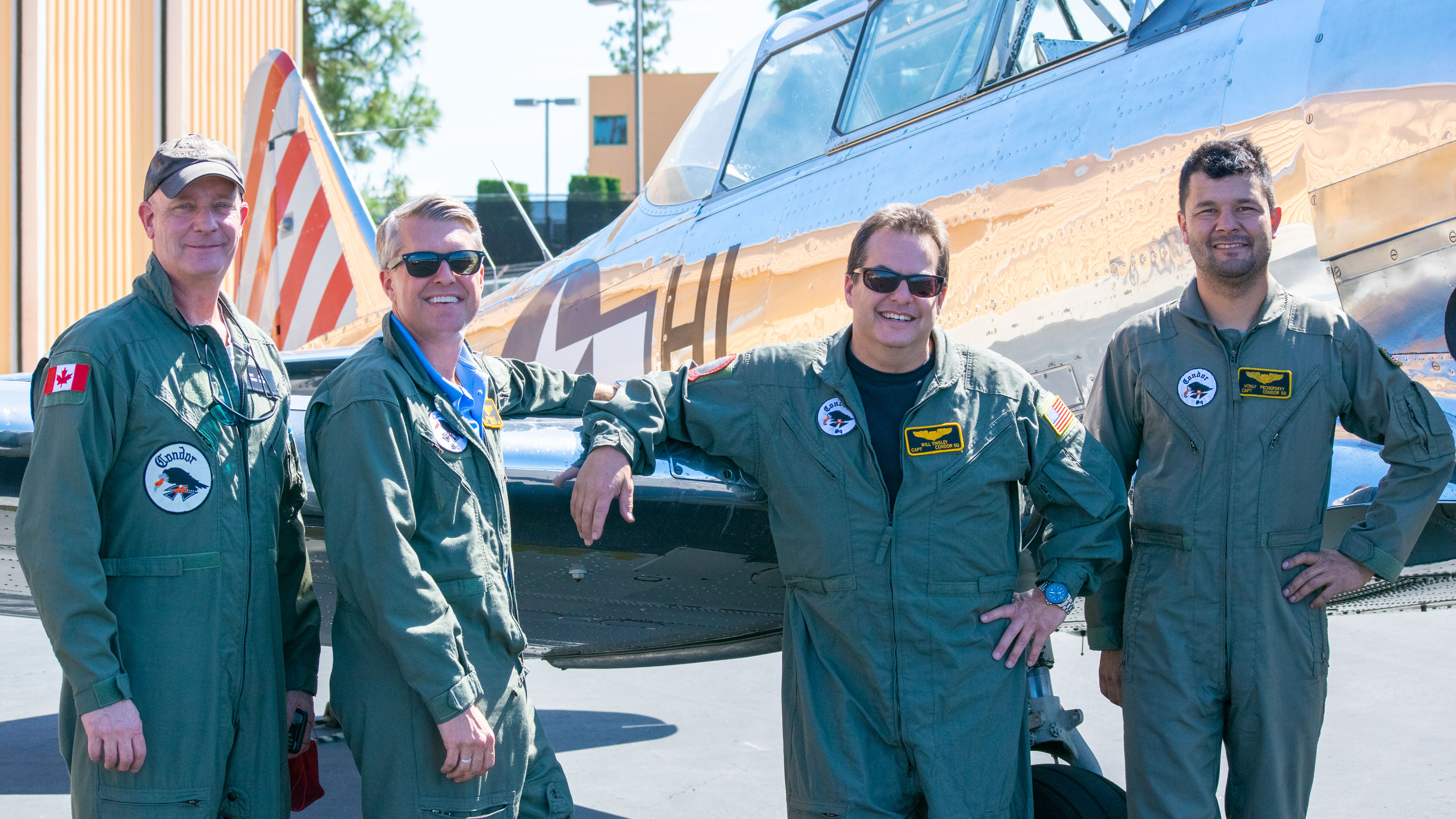 “With the many airshows and aviation events being canceled this year, this gave a great opportunity for these pilots to fly and give thanks to the community. We are humbled by the many emotional and heartfelt responses. It was an honor to show respect for the tireless efforts the community has expounded,” said CAU President Matthew Johnston.

As the community cheered, it was evident that the flyover meant much more to them than CAU could have ever imagined. One nurse from Adventist Health noted in an interview with Bakersfield’s 23 ABC, “This experience was exciting, it was a mood lifter. It felt like something social that we got to do for a change, it was fun!” Another nurse even teared up saying, “Because we work hard year round, COVID or not, to be honored in such a way, it just does something to you as a nurse and was very honorable.”

Although the formation flew over many medical organizations, CAU made it a point to instill that the flyover was dedicated to all essential workers, as there are many that we often do not think about but benefited from. The community showed support by waving flags and homemade signs so the pilots would know they were watching. Many school-aged children took a brief break from their studies to witness the community spirit and true meaning of honoring those who make it possible for us to navigate our lives during the pandemic.

Post flyover, as people go back to their lives, it is the sincere wish from CAU that we continue the comradery and community spirit. The sentiments of support that many have shown nationwide during this time will continue to propel and lift us up as a country.