Get the app Get the app
Already a member? Please login below for an enhanced experience. Not a member? Join today
Training & Safety CFIs Flight Instructor Resources CFI Renewal Our FIRC Instructors

Tom started flying at Seattle’s Boeing Field in 1978 and holds ATP, CFII/MEI, and float ratings. His early exploits included instructing in Florida and Alaska. After college, he helped produce Alaska’s first Aviation System Plan and several airport master plans. Tom later joined the USAF and served as an Instructor and Evaluator pilot in the F-15C and B-1B. His adventures included tours in Alaska, Europe, Japan, and Southwest Asia. His “day jobs” included Commander of a B-1B squadron, Director of a NATO Air Operations Center, and Deputy Director of the DoD‘s Joint Unmanned Aircraft Systems Center of Excellence. His credentials include degrees from Embry-Riddle Aeronautical University and Florida Institute of Technology. Tom lives in Gig Harbor, WA, and WILL fly for food!

Bill is the former airport compliance manager for the Texas Department of Transportation, Aviation Division. Bill is an ATP, CFII, MEI, and ACR authority. He has approximately 8,000 flying hours in a wide variety of military and civil business, corporate, and general aviation areas. Bill flew RF 4C aircraft in South East Asia, air shows in Great Britain, and represented the Air Safety Foundation in test CFI clinics in Australia. Bill is a consultant for right-of-way and airport compliance issues and litigation and writes professionally for aviation journals. He is an aircraft owner and flies for business and pleasure.

Dr. Penny Levin is a CFI, a psychologist and a safety professional, working with both pilots and physicians to understand the “Softer Side of Safety.” Since learning to fly, her goal has always been to merge her two professional passions—psychology and aviation.

A longtime member of the Civil Air Patrol, Penny has flown as an instructor, a mission pilot and a mission pilot instructor. She is now a PA Wing Assistant Director of Safety, responsible for an innovative aircrew safety seminar series.

Penny writes for a range of publications, including AOPA Flight Training, and speaks nationwide on topics related to flight instruction, flight safety, and pilot mental health. She has won a number of awards, including an Amelia Earhart Career Scholarship from the International 99’s and a Women in Aviation Achievement Scholarship.

Jason Miller is a Certified Flight Instrument Instructor with more than 18 years of aviation experience and thousands of hours of instruction given. Jason is a member of the FAA safety team, an instructor for AOPA’s Air Safety Institute and was nominated by the FAA for the 2009 Flight Instructor of the Year Award.

“I am passionate about developing systems that help pilots become safer and more efficient.” Says Miller.

Using his background as a performer and experience on the flight line, Jason created The Finer Points – Aviation Podcast, one of the most recognized and well respected aviation podcasts in the world. The critically acclaimed podcast has delivered more than 3m flight training files to pilots all over the world.

John ‘Bart’ McGonagill graduated from the University of Arizona and immediately entered the United States Air Force and undergraduate pilot training. Twenty years and four-corners of the world later, he concluded his USAF career as a combat rescue pilot and continued his passion for general aviation. Aside from flight instruction he has also worked as an airport manager, technical writer, and authored aviation legislation for the Maine Aeronautics Board. A resolute aviation enthusiast, he built and flies an RV-10, and is an airpark community dweller in Granbury, Texas. 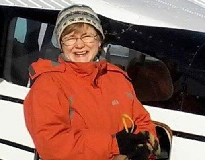 Following a twenty- five year career as a classical musician, Christine Mortine has turned from conducting instruments to flying by them. She is a Designated Pilot Examiner, an active CFI, CFII, MEI and TCI, a member of the FAASafety Team and instructor for AOPA’s Air Safety Institute. Christine serves on the boards of Professional Pilots Association, Scioto Valley 99s, Columbus Symphony Orchestra and WOSU Public Media. She is an Ohio State Liaison for Recreational Aviation Foundation and covets flying her Cessna 185, often on long cross countries. 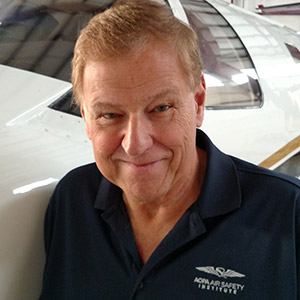 Wayne Phillips is an ATP with B-737 and Falcon 20 type ratings. Wayne is a DA-20 Examiner, has owned and operated a 135 company, a banner towing business, and a hot air balloon tour enterprise in the Rockies. He manages the Airline Training Orientation Program (ATOP), a two-day B-737 introductory course for aspiring airline pilots conducted at the Continental Airlines Pilot Training Center (www.b737.com). He’s the careers writer for Flight Training Magazine. Wayne earned “CFI of the Year-1999” in the FAA NW Region. 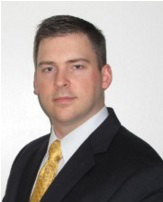 Joshua Tate started his flying career at the age of 16 in rural North Carolina. Today, he holds a Commercial Rating and Flight Instructor Certificate in Fixed Wing and Rotary Wing Aircraft. Joshua earned a Bachelor of Science Degree in Commercial and Corporate Aeronautics, as well as a Masters of Business Administration degree from Liberty University. Joshua spent 2013 in Afghanistan as the Flight Operations Manager of the largest unmanned intelligence, surveillance, and reconnaissance operation in the world. Joshua has a background in Unmanned Systems Engineering, Law Enforcement, and has been a Professor of Aeronautics for Liberty University School of Aviation. In his free time, Josh enjoys flying his Mooney M20F. 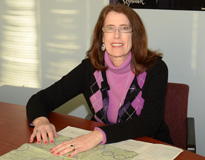 Jeanné Willerth is a Master CFI who provides single and multi-engine training in the Kansas City area. She was named the 2015 “CFI of the Year” for both the Kansas City Flight Standards District and the FAA’s Central Region. Jeanné was the 2012 “National FAASTeam Rep of the Year”. She is an ATP and holds CFI-A, CFI-I, MEI, IGI, and AGI certificates. Jeanné is active in the Ninety-Nines, SAFE, and the Missouri Pilots Association. She volunteers for Angel Flight Central, Challenge Air, LifeLine Pilots and Young Eagles. Jeanné holds both undergraduate and master’s degrees in mathematics.