The art of storytelling

Tim Campbell is the owner of Eagle East Aviation at Lawrence Municipal Airport (LWM) in North Andover, Massachusetts. The flight school has been successfully training pilots since 1990.

“I didn’t set out to be a storyteller,” Campbell explained. “I really just have a sincere desire to be involved with our local community and share the things we’re passionate about. But I guess those are important ingredients for a good story.”

In the early days, there was some animosity between the airport and Campbell’s local community. “It mostly stemmed from the fact that our airport is owned and operated by the city across the river and not the actual town here where we live, operate, and pay taxes,” Campbell said.

After his friend, Marine Cpl. Sean R. Gallagher, was killed in the 1983 Beirut barracks bombing, Campbell got an idea.

“I wanted to do something to honor my friend, but also to bring our community together. So we did a fundraiser offering airplane rides. People donated 10 cents for each pound they weighed and we ended up raising $14,000 in one day,” he said. “We then used the money to create a memorial to Sean in the new soccer field that the town was building. The field was named in Sean’s honor, and we were able to cover the cost of the monument, flagpoles, granite benches, and signs.”

This was the start of new and improved relations with the nonflying public in the community, Campbell said.

With social media and cameras in our pockets, it’s easier than ever to share stories and bring people together. “I just enjoy taking pictures and sharing them. On our Facebook business page we play a game we call ‘Where’s Waldo?’ We simply post a photo or short video with a view from the cockpit and have people guess where we’re at. It’s fun and it helps keep people engaged on our page,” Campbell said.

Campbell also started a private Facebook group called “North Andover Through The Lens” to encourage people to share photos of the community. “Of course, most of my photos are taken in the air, which has created a lot of conversation among the nonflying public. The town leaders even contacted me for permission to use my aerial photos on their website,” Campbell said.

“We also created beautiful murals for the newly remodeled town hall. All of this has created tremendous goodwill with the townspeople and the town fathers. A once-adversarial relationship has become one of working together. Everybody wins,” Campbell said.

Facebook is also a great place to share fun stories and celebrate individual people. In July 2014, Campbell posted a photo of a very happy lady with this caption, “Reason # 208 on why I love my job. Meet 88-year-old pilot Jeanne Kelley Ohnemus. I had the pleasure of flying with her today as she wanted to take one last trip before she gets ‘too old.’ She is a commercial/multi-engine Instrument rated pilot, sharp as a tack and...bailed out of a perfectly good airplane two years ago at age 86 because somebody gave her a Groupon for it and ‘she didn't want to waste it’.... She also added that George H. W. Bush ‘has got nothing on me’ :) She had to sit on two pillows to see over the dash but landed at Plum Island in about 600 feet. She made my day.”

And in June, Campbell posted new photos of Jeanne with the caption, “Got a visit from my favorite Aviatrix...92 year-old Jeanne Ohnemus...Jeanne and her husband flew all over the country in the 1960s and 1970s in a Piper Comanche. Jeanne pops in every year to get her flying fix in.”

The stories aren’t always just about aviation. Campbell said, “My life revolves around aviation, so that’s certainly what I post about the most, but it’s really about the people in my life. I want to honor and celebrate them. Whether it’s grabbing ice cream with my kids, working in the rain with my employees, or our newest certificated pilot, I just share what I love and people engage in the conversation. Facebook makes it easy and fun.”

Campbell said he especially enjoys posting photos of the flight school’s alumni who come back to visit. “We’ve created a lot of pilots in 28 years. With former students and flight instructors flying jets all over the world, we never know who’s gonna walk through the front door. It’s always great to see them and catch up on what they’re doing, so yes, I post that too,” Campbell said.

The needs and opportunities mentioned in these examples are not unique to North Andover. As you think of your own circumstances, consider a flying fundraiser that could help fund projects that promote good will and bring people together in your community.

Check out the photos mentioned in this article at my website.

Learn more about Eagle East Aviation at the flight school’s website and connect on its business Facebook page.

Jim Pitman has been a flight instructor since 1997. He has been a Part 141 chief flight instructor, Cessna Pilot Center regional manager, and Arizona Flight Instructor of the Year. He currently flies the Canadair Regional Jet for a U.S. carrier while operating his own flight training business. Connect with Jim at his website (FlywithJim.com). 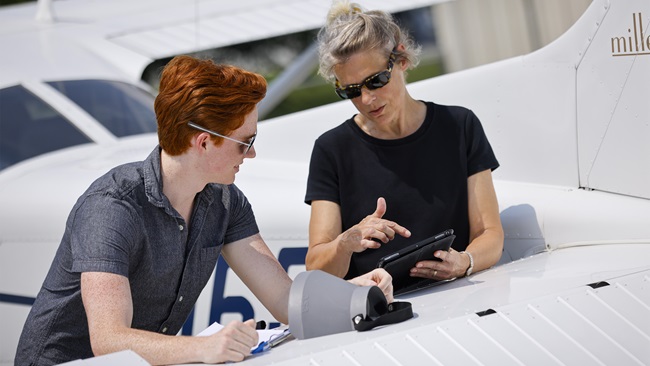 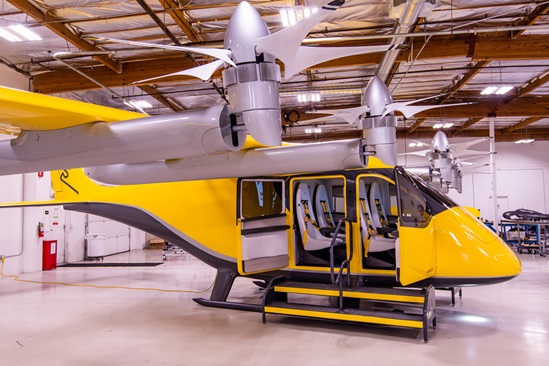