What you don't know can hurt you

The statement that “every aircraft has its gotchas” may have become a cliché, but one reason clichés get repeated so often is that many contain kernels of truth.

Whether it’s the relative position of flap and gear levers, the need for precautionary use of carburetor heat, or the near-instantaneous response to engine failure required in a helicopter with a low-inertia rotor system, a great many aircraft have distinctive features. These do not make them inherently unsafe—but a pilot who’s not familiar with those quirks may be in for an unexpectedly exciting flight.

Around 11:30 a.m. on Oct. 13, 2015, six people on the outskirts of Eaton, Colorado, saw a small white airplane with red markings flying about 1,000 feet agl. Its engine was “making a sputtering sound” that one witness described as sounding “like it was running out of gas.” As it began to turn from a northerly to a westerly heading, it nosed down and crashed into a harvested corn field, striking first on the left wingtip and then carthweeling. Reaching the scene, they found that one man had been ejected from the wreckage while a second was still inside. One of the witnesses, an EMT, tried to aid the victims but found no signs of life.

Transitioning to Other Airplanes online course

Engine Out! From Trouble to Touchdown

The airplane was identified as a 1956 model Beechcraft G35 Bonanza. The right-seat passenger, who was not a pilot, had bought the airplane three days earlier. He’d rented hangar space in his home town of Lyons, Kansas, and hired a 35-year-old, 464-hour CFI as his pilot and eventual instructor. They’d left Lyons about three hours earlier so the owner could attend a business meeting in Greeley, Colorado. According to the Lyons airport manager, that morning he’d helped the owner, who had no prior experience with either operation, pull the Bonanza from the hangar and top up the main tanks with 17 gallons of 100LL.

The previous owner of the Bonanza recalled that the buyer and CFI had first looked at it three or four weeks earlier, but postponed completing the transaction until the buyer could arrange for insurance and hangar space. He described the instructor as “a really good pilot” who “knew how to handle the airplane very well.” By way of guidance, he’d advised the CFI to run the engine at 2,350 rpm and 23.5 inches of manifold pressure in cruise and plan for a fuel burn of 12 gph. He’d also suggested a sequence for switching between the Bonanza’s six different fuel tanks—a main, auxiliary, and tip tank in each wing—in order to keep the fuel load balanced. The panel contained a single fuel gauge; a series of switches determined which tank’s supply it displayed.

Investigators concluded that the Bonanza probably left Lyons with the main and auxiliary tanks full and the tip tanks empty. That would have added up to a usable capacity of 60 gallons, enough for the three-hour flight plus reserves. No fuel was found in the carburetor, but there were no other engine anomalies. The fuel selector was set to the right main tank, which was empty and undamaged. The right auxiliary tank contained four gallons of fuel and the right tip tank was empty. All of the left wing’s tanks were breached. The position of the switches governing the fuel gauge could not be determined due to impact damage. The pilot’s logbook showed 1.5 hours of time in type—the evaluation and delivery flights.

Curiously, radar track data showed that the airplane had actually approached the Greeley airport from the south about seven minutes before the accident, overflying Runway 35 at 400 feet agl before climbing to 1,100 feet agl and continuing northward. Surface winds were from 340 degrees gusting to 19 knots, and an airmet tango for turbulence was confirmed by several pireps ranging from “moderate” to “extreme.” The NTSB concluded that due to their lack of experience with the aircraft, neither the pilot nor his employer realized that the fuel gauge wasn’t set to show the tank actually in use, and that after the engine quit the pilot lost control in the gusts.

Why they didn’t land on their first approach to Greeley isn’t known. If they had, the pilot might have gotten a shocking reality check when a tank he hadn’t thought was empty took its full 20-gallon capacity. And while the accident might not have been survivable in any case, inadequate equipment didn’t improve their chances. The airplane had never been fitted with shoulder harnesses. NTSB research has shown that death or serious injury is 50 percent more likely if the accident aircraft has lap belts alone. 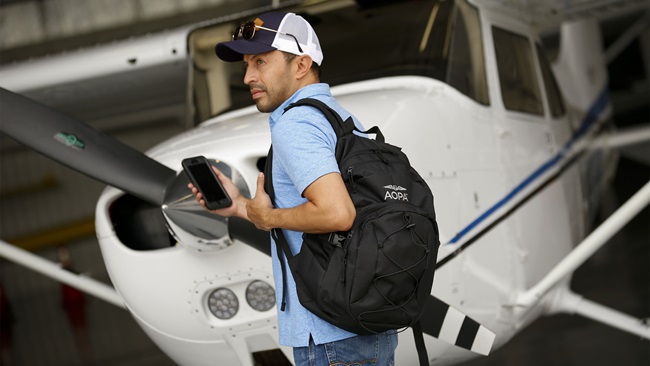