"Should be a routine inspection. It's running great! No major squawks to report, just a few minor items you may want to check out." How many times do A&P-IAs hear that from aircraft owners as they drop off their baby at the doctor's for its first class flight physical?

Those may have been my exact words when I delivered my airplane to the shop for its annual inspection. I was correct; there were no major squawks. I also was correct about the "few minor items" part. Of course, the term minor items — when applied to an airplane — often translates to major money.

Annual inspection time is a nervous time for an aircraft owner, for two major reasons. First, no matter how perfect the aircraft, the shop is going to find something wrong with it. The second reason for the stress is the size of the check you'll write when it's all over and done with. The annual, or the 100-hour if that's the way you go, may be the single largest ownership expense you encounter during the year. That is, unless yours is a complex, high-performance airplane; if so, you've probably encountered unscheduled repair bills of the very serious kind.

I've been through five annual inspections on my airplane, and all but one ended up costing more than I anticipated. The first was the worst, which is a fairly typical experience. A long list of squawks that the previous inspectors either missed (not likely) or ignored (more likely) had to be addressed.

Now, after five of these things, I'm finally convinced that all of the corrective work has been done to bring the airplane up to the standard that we (I and the shops I've used) are comfortable with. One sure-fire indicator that the inspections have made the transition from remedial to routine is their cost. The last four have come in at one-third to one-half the price of the first one. Even so, they're expensive undertakings.

I've done a good job of making things hard on myself and my airplane by living in three different states and using four different shops for the five inspections. Switching maintenance shops is like switching dentists. The new dentist's office has to record the complete, unabridged history of your teeth; take new x-rays; and perform a visual inspection before they'll begin repair work. When they finally get to poking around inside your mouth, they'll remark how your previous dentist missed this small cavity and capped that tooth incorrectly. The first time a shop inspects your airplane, the mechanic comments about how the previous shop overlooked this and didn't fix that. Like the new dentist with your teeth, the new shop has to bring your airplane up to its particular standards before it'll call the aircraft one of its own.

Annual and 100-hour inspection standards and procedures are spelled out in black and white in FAR Part 43 Appendix D and further defined in the manufacturer-issued service manual for the aircraft. Even so, inspectors have plenty of latitude in deciding what's acceptable and what's not. One shop may let a borderline squawk slide, while the next may judge the problem to be a mandatory repair.

For example, one shop I worked with repaired a faulty inside door handle by using a homemade remedy. That fix eventually failed, and the next shop declared the handle assembly unairworthy. That's when I made the ugly discovery that replacing a simple cast-aluminum door handle is a $400 undertaking.

What have I learned after five annual inspections? I've made a list:

Last week I had to take my six-month-old computer to a factory-authorized service center for work that would take about two hours to perform. Ten days later I got it back, minus a major part that was back-ordered a month, and minus numerous software utility programs that were supposed to be installed. When I went to the service counter to pick it up, I noticed a small sign informing customers of the store's $75-an-hour service rate.

A few weeks ago, my airplane spent four days in the shop, getting its annual inspection. All the work was completed, all the necessary parts ordered and installed. Now it really does run great. Labor rate: $45 an hour.

That brings me to the final item on my list: 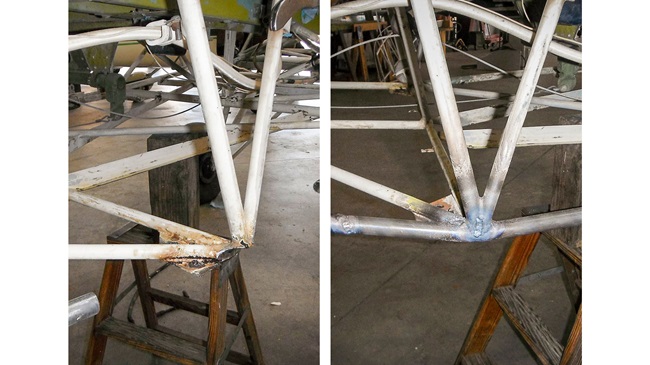