Get the app Get the app
AOPA will be closed July 4th, in observance of the Independence Day holiday. We will reopen at 8:30 am ET on Tuesday, July 5.
News & Media Pilot, PR pro to head up AOPA media team 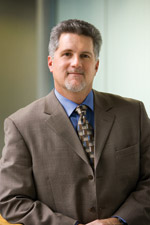 He brings more than 20 years of public relations experience, most recently at the National Oceanic and Atmospheric Administration (NOAA).

“We have worked with Greg during his tenure at NOAA on weather issues related to aviation,” said AOPA President Phil Boyer. “His depth of knowledge and passion for his work will make him an asset to AOPA. In addition, Romano is an instrument-rated private pilot with a true understanding of general aviation.”

Romano will oversee AOPA’s media and public relations department, with responsibility for promoting a positive image of AOPA and general aviation to the public, presenting AOPA’s position on issues through media interviews and outreach, and managing AOPA Project Pilot and AOPA’s presence at aviation events and airshows.

Romano reports to Karen Gebhart, AOPA executive vice president of communications. "He looks forward to putting his public relations skills to work in the aviation industry, and considers his new position at AOPA a 'dream job,'" Gebhart said. "We're certainly glad to add his talents to our already strong team."

Prior to joining AOPA, Romano was director of public affairs at NOAA’s National Weather Service, where his responsibilities included working with aviation organizations on weather-related issues, serving as the National Weather Service’s spokesman to national and local media, and managing crisis communications, news conferences, and other media events.