Get the app Get the app
AOPA will be closed July 4th, in observance of the Independence Day holiday. We will reopen at 8:30 am ET on Tuesday, July 5.
News & Media President's Position

Egg on my face

AOPA President Phil Boyer's home airport is Frederick Municipal Airport in Maryland. How many of you are as frustrated by the flight service station (FSS) mess as I am? Long hold times, dropped calls, briefers unfamiliar with the flight plan area, lost flight plans — believe me, I've experienced them all myself, and hundreds of you have e-mailed me personally, detailing your problems with the system.

How many of you are as frustrated by the flight service station (FSS) mess as I am? Long hold times, dropped calls, briefers unfamiliar with the flight plan area, lost flight plans — believe me, I've experienced them all myself, and hundreds of you have e-mailed me personally, detailing your problems with the system. This issue is a top priority for your AOPA staff and me.

And we will get it fixed. As I said at the AOPA Fly-In and Open House, if things aren't a whole lot better by the first of July, we will go to Congress to get relief.

So how did it get so broken? Frankly, I wish I had a good answer for that. Never in my wildest dreams did I ever expect a company like Lockheed Martin, with all its experience in building and operating air traffic management systems for both the FAA and the world, to mess up this transition from ancient FAA technology to state-of-the-art systems so badly.

Let me assure you I have heard the carping that AOPA was responsible for this. And yes, your association pushed hard for changes to the flight service station system. We had to.

Let's step back about seven years. The old flight service station system was grossly inefficient and costly. The people were good, but the system was a kludged-together technological mess straight out of the 1970s, running on mainframe computers. Our own studies showed that flight service was costing some $600 million a year to operate, almost $25 per pilot contact.

But general aviation was paying a total of less than $60 million a year through the fuel tax to fund its use of the entire aviation system, not just FSS. Unlike control towers, tracons, and centers, which are used by all segments of aviation, the FSS system is used almost exclusively by GA. It doesn't take much math to see how this service would be one of the first to be hit with "user fees." We had to eliminate that huge liability for general aviation.

AOPA did our own studies, looking for ways to make the FSS system more economical. We pushed Congress for funding to modernize the system.

Then in 2002, the FAA began an "A-76" study to see if there was value in contracting flight services to outside sources. We inserted AOPA into the process, to ensure that study would reflect the needs, interests, and desires of the pilots who actually use the system. After some 15 months of study, the FAA determined that contracting out flight service would be in the best interests of the users, the government, and the taxpayers. AOPA supported that decision.

Lockheed Martin won the competitive bid, with a contract that required much better service than what had been the norm under the FAA.

Initially, the service was better. After Lockheed Martin took over, calls were answered more quickly, and fewer calls were dropped. In August 2006 we surveyed you and the majority of you said that service was "good" or "very good."

Then it really fell apart. So, after more than a year of great service, why? At the end of April, Lockheed Martin declared its three FS21 (flight service for the twenty-first century) hubs operational and began aggressively consolidating the old FAA stations at the rate of three a week.

The good-flying-weather-call-onslaught hit, and the technology and the people failed. Computers in the new hubs couldn't talk to all of the FAA's computers, so flight plans weren't processed. Some parts of the new system weren't operational, so briefers had to use both new Lockheed Martin and old FAA systems to give a complete briefing. Not enough people had been trained and certified for specific flight plan areas, so pilots often ended up with briefers who had no knowledge of the local area.

We did another survey at the end of May. More than two-thirds of you said that service in the preceding 30 days had become worse, nearly half said that you were "dissatisfied" or "very dissatisfied" with your preflight briefing, and 66 percent said that your calls were never or seldom answered within one minute. The majority of you gave high marks for briefer professionalism and courtesy, but rated briefers' local geographical and meteorological knowledge as poor. That's unacceptable. In retrospect, it's clear that Lockheed Martin went live with a system that wasn't yet ready for prime time.

Not that we didn't anticipate some problems. I liken it to replacing rusty old water pipes; you have to dig up the street, there will be a few hours when you don't have water, and the water will run rusty red for a little while. But it's almost as if Lockheed Martin started digging up the old pipes without having the replacement pipes on site.

I still think that FAA's contracting out the operation of the flight service stations was the right thing to do to save money, the right thing for a service like this, and the right thing to help shield GA from exorbitant fee-for-service charges. It also was good that AOPA pushed the FAA for very specific contractual performance requirements to hold Lockheed accountable.

The FS21 system is truly state of the art, and it has all the potential to provide pilots with much better service, at a much lower cost. We will hold the FAA's and Lockheed Martin's feet to the fire to make that potential a reality. Now. 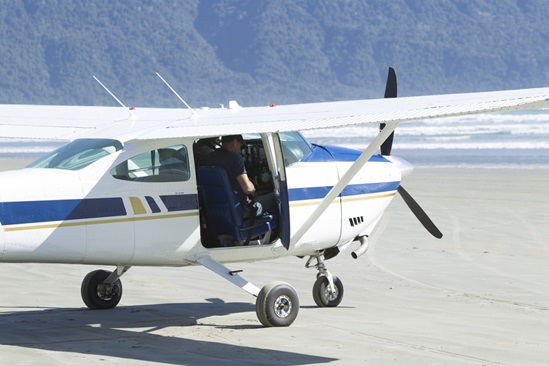