Get the app Get the app
AOPA will be closed July 4th, in observance of the Independence Day holiday. We will reopen at 8:30 am ET on Tuesday, July 5.
News & Media Technique: Helping other pilots

Why the humble pirep is still an important tool

We’ve all been there. The sun is still well below the horizon, you are planning to take off around dawn, and you’re digesting the weather briefing you just received. 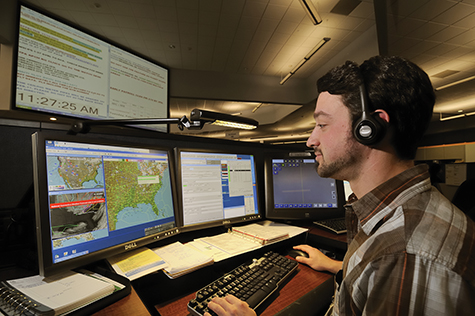 We’ve all been there. The sun is still well below the horizon, you are planning to take off around dawn, and you’re digesting the weather briefing you just received. But the forecast calls for low ceilings, restricted visibilities, turbulence, or icing—perhaps several of those conditions. A pilot report or two, telling you what conditions are really like up there, would sure make the go/no-go decision easier.

You remember pilot reports, or pireps. At some point in your primary training, your flight instructor introduced the subject. A conscientious instructor would help you make pireps during your dual cross-country flights, coaching you through the process. For students apprehensive about talking on the radio, pireps offered an opportunity to expand communication skills.

Not everyone learned—or remembers—what happens with a pirep after you give the information to a flight service specialist, however. Knowledge of how pireps are used may encourage pilots to make pilot reports more often.

Pireps benefit other pilots when they are received by telephone, radio, or online as part of a briefing or in-flight update. They’re also used by the National Weather Service to validate aviation forecasts and advisories, which may be amended when reported conditions differ—either better or worse—from the forecast. Pireps of hazardous conditions can trigger the issuance of advisories.

The pirep format has not changed since Lockheed Martin Flight Services began providing flight services under contract to the FAA more than four years ago. Basically, it’s who, where (relative to an airport or VOR), when, and what. “What” could include cloud coverage and altitude(s), turbulence, icing, flight visibility, precipitation, restrictions to visibility, temperature, or wind speed and direction.

If you’re reporting a precipitation type (rain, snow, hail), include the intensity level—light, moderate, or heavy. Not all criteria are required; you can give a pirep with only one. Consider what information would help your fellow pilots, and be sure to emphasize any observations that differ from the forecast you received.

“What’s different nowadays is that we have requirements the FAA and Lockheed have agreed to—that we’ll confirm the information supplied,” said Chuck Tackett, Eastern Service Area hub operations manager for Lockheed Martin Flight Services. “That’s where we’re seeing some frustration with some of the pilots. We have to confirm that everything is correct, and it does extend the time of [making] a pirep longer than it used to be.

“We understand that folks are going between [air route traffic control] centers and us to make those pilot reports, and we want to make the process as quick as possible.”

There are two things that the FAA requires for pireps, explained J.J. Upton, Lockheed Martin Flight Services’ external operations manager. They must be accurate, entered into the system as reported by the pilot. The other requirement is that they must be entered promptly.

Pireps made to Flight Service hit the national network very quickly, normally within two minutes, and they remain valid for one hour—although they can remain in the system for up to two hours. As with any other weather information, it’s important to consider the time.

“From my perspective, pireps are invaluable,” said Tackett, who is a pilot. “You have the current surface conditions—but you’re not flying on the surface. A pirep’s probably one of the most important pieces of the equation.”

Briefers can inject pilot reports at any point of a briefing, to validate the forecast they’re providing—or to emphasize when the weather is better, or worse, than forecast, Upton said.

Jay Paradis, who flies a Beech Baron and King Air based in Louisville, Kentucky, finds pireps to be very useful. “The number of unknowns is much smaller than it was 40 years ago,” he noted. His concerns vary based on altitude; if he’s flying at lower altitudes he wants to know where the ice is; at higher altitudes, Paradis is looking for a smooth ride. “The only way you can find some of these conditions is by being there,” he said.

“First thing in the mornings are usually roughest [for pireps]. Nobody’s flying. Somebody has to be the first,” said Joey Zeller, a Lockheed Martin flight specialist since 2008. “Any time the weather is super clear or super bad, there’s usually an absence of pilot reports.”

In the morning, when it’s slow, specialists will reach out to towers and centers for cloud bases and other information, Upton said. “We become proactive in soliciting that pilot report.” Those efforts may contribute to the pireps solicited from Paradis.

What about pilot reports given to air traffic controllers? “Every controller knows exactly what is happening in his sector—but that information often isn’t being disseminated into the system,” said J.J. Greenway, chief flight instructor for the AOPA Air Safety Foundation. In the summer of 2007, ASF embarked on Project Pirep, tracking primarily icing-related pireps in Boston Center and Seattle Center’s airspace. “There’s a pathetic lack of pilot reports out there,” Greenway said.

Part of the problem is that center controllers don’t have the ability to enter pireps directly into the network, he explained—a pirep must be written down and carried to the facility’s Center Weather Service Unit, where it finally is entered. The solution is to better educate controllers; the ability to enter pireps directly would help, Greenway said.

“If we get it, we’re going to put it in the system,” Tackett said. “The concern is, is a controller who is working multiple positions going to be able to enter every one they get?”

“In-flight positions can get a little crazy sometimes,” said Zeller, who graduated from the University of North Dakota with a degree in air traffic control, and works positions serving the Nashville, Tennessee, region. The specialist might have several calls at one time, but pilots might not realize that because they’re on different radio frequencies.

Tell the specialist that you want to give a pilot report, Zeller suggested. “Half of the time, they’re not telling you they’re giving you a pilot report. They might say, ‘The ride is a little bumpy.’ Sometimes they give it to you in bits and pieces.”

Aircraft type is critical to pireps, Zeller added. “Moderate turbulence for one aircraft might not be the same for another.” A recent pirep for turbulence really got his attention. “The pilot reported a loss of 250 feet,” he said.

Give pilot reports promptly. “As you encounter this stuff, let us know. Something that’s two hours old isn’t as useful.”

When specialists solicit pireps, it’s often an indication that they’re needed. “If they’re entering an area that’s marginal or questionable—there’s usually an airmet for something—I’ll remind them that pireps are appreciated.” Section 7-1-20 of the Aeronautical Information Manual notes that air traffic facilities are required to ask for pireps when reports or forecasts indicate ceilings at or below 5,000 feet; visibility at or below five statute miles; thunderstorms or related phenomena; icing of light degree or greater; turbulence of moderate degree or greater; wind shear; or volcanic ash clouds.

Specialists working in-flight positions see a graphic depiction of area pireps that shows the altitude of the reporting aircraft; urgent pireps—for severe or extreme turbulence, severe icing, hail, and other exceptionally hazardous conditions—are flagged red. Your submission of a pirep often will reward you with other reports from the area.

More information on submitting pilot reports is available from ASF’s SkySpotter online course (www.asf.org/skyspotter). The free course challenges pilots to make at least one pirep during every flight that leaves the airport traffic pattern.

Making pireps is the best way to get comfortable with the process, Lockheed Martin’s Upton noted. “The aviator, especially the less experienced aviator, is very apprehensive about making a pilot report on the frequency. To get over that stage, when you have clear skies, start giving pilot reports.” Start with small steps, he said. “Our specialists will be more than happy to take that pilot report.

“The best time may be when you’re closing your flight plan—you’re on the ground and you’re talking to us,” he said. “Fifty percent of something is better than 100 percent of nothing, and you’re helping your fellow pilots.”

Pireps are critical to better aviation weather, Upton added. “The most important piece of the puzzle is pilot reports, because that’s what’s happening. We have all the charts, but those are forecasts.”