Get the app Get the app
AOPA will be closed July 4th, in observance of the Independence Day holiday. We will reopen at 8:30 am ET on Tuesday, July 5.
News & Media Lithium batteries to provide emergency power supply 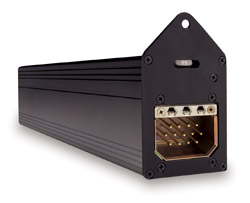 The huge advancements in lithium battery technology that have improved consumer products ranging from cell phones and laptop computers to electric cars will soon arrive in aircraft.

Mid-Continent Instruments recently certified an emergency power supply known as the MD835, which is designed to keep electric attitude indicators and other critical avionics working when the aircraft systems that power them fail. Mid-Continent is best known as the inventor of the “Lifesaver” attitude indicator—an electric unit with a built-in battery backup that has been installed in more than 4,000 general aviation aircraft.

“The MD835 can power our Lifesaver electronic attitude indicators as well as a broad range of other avionics products,” said Tom Genovese, sales director at Mid-Continent. “We’re getting a great deal of interest among original equipment manufacturers—and each one of them has slightly different ideas about how best to utilize it.”

The new power supply is rated at 4.5 amp hours and weighs 4.8 pounds compared to more than 12 pounds for the lead-acid batteries it replaces. The MD835 is designed to last 10 years, more than three times as long as a traditional battery, and inspection intervals drop to two years from annually. The new batteries carry a retail price of $4,040 compared to $4,500 for the lead-acid variety.

The power supplies can keep a standby electronic attitude indicator running for hours, Genovese said, and adding other avionics such as radios, transponders, and digital flight displays is possible, but the additional current draw shortens battery life.