Get the app Get the app
AOPA will be closing at 1:45pm ET on Tuesday, December 6th. We will reopen Wednesday morning at 8:30am ET.
AOPA Members DO more LEARN more SAVE more - Get MORE out of being a pilot - CLICK HERE
News & Media Strong attendance at AEA 2010 Convention 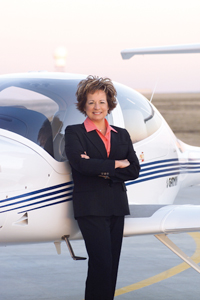 Aircraft Electronics Association President Paula Derks said attendance is strong and there’s a “positive vibe” among avionics manufacturers and technicians at this year’s annual AEA convention despite a disastrous 2009.

“The exhibit hall has been expanded twice in the last month,” she said, “and that’s all because of last-minute registrations. People have been waiting until the last minute before deciding to come—but they’re definitely deciding to come.”

The AEA convention opened in Orlando on Wednesday with seminars and technical workshops. About 1,500 people are expected to attend the four-day event that will feature 27 new avionics products and 135 exhibitors in 78,000 square feet of exhibit space at the Gaylord Palms resort. Full-day seminars on Garmin and Avidyne products were packed Wednesday, and extra seats had to be brought in to accommodate all the technicians seeking to attend.

Derks said business and hiring appear to be picking up among large and small avionics manufacturing firms as well as installation shops.

“Some of the large mod centers that were laying people off last year are growing again,” she said, “and the smaller shops and repair stations are starting to hire. The number of help wanted ads for avionics technicians has grown dramatically in our publication in the last few months.”

Derks said she was pleased to see 27 new products being introduced at the AEA convention because it means avionics firms have continued to invest in research and development despite a deep recession in 2009 and an uncertain aviation economic forecast.

“The first quarter of oh nine was horrible,” she said. “But by the time Oshkosh rolled around (in the late third quarter) things had turned. I think we’ll continue to see a steady progression, but it’ll be the second quarter of next year before the (aircraft manufacturing companies) really start growing rapidly again.”

“There’s a huge amount of interest among our members on business management topics such as customer service and accounting,” Derks said. “Our members realize they can’t sit back at the bench and wait for customers to come to them. They’ve got to go out and sell some of these new technologies that are doing so much to increase situational awareness and safety. It’s their job as shop owners to let people know about these features that they can provide.”

Derks said AEA is on solid financial footing and is working hard to expand the training courses it offers both online and at its suburban Kansas City, Mo., headquarters.

“The health of the association is very good,” she said. “We’re very strong and committed to increasing the services and value we offer to our members.”