Get the app Get the app
News & Media Road and Runway Rally: Southbound, loaded up and flyin'

Road and Runway Rally: Southbound, loaded up and flyin' 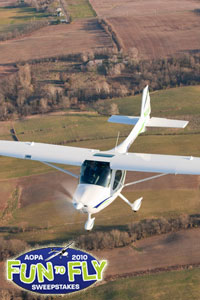 Sometimes the most memorable of events can happen en route to the destination, rather than at the destination itself. While this year’s Sun ‘n Fun will be hard to top, AOPA has decided to rally down from Frederick Municipal Airport in Maryland to Lakeland, Fla., for the official start of the fly-in.

Who is the association rallying? Pilots and motor enthusiasts.

It’s the Road and Runway Rally, pitting the Smart car against AOPA’s 2010 Sweepstakes Remos GX. There will be stops along the way as four contestants head down for the official start of spring break for pilots, the 2010 Sun ‘n Fun event.

Much like your own vacations, many of these events will be played by ear. Arrival times at each airport will be approximately 3 p.m. Eastern time, but don’t fret if the crew isn’t there quite yet.

If you see the Smart car on the road, or hear contestants on the CTAF (Remos N210FN), honk or give a shoutout on the radio. 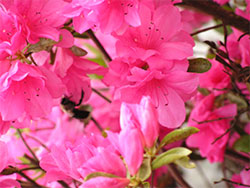 eMedia Managing Editor Alyssa Miller and Wired.com correspondent Jason Paur (Team Orville), and Flight Training Deputy Editor Ian Twombly and MotorWeek’s Steve Chupnick (Team Wilbur) will meet and greet pilots and enthusiasts at the AOPA ramp Saturday, April 10, at 10 a.m. Bagels and doughnuts will be available for those attending (so come fast!), and AOPA’s Cessna Caravan and Diamond DA40 aircraft will be on the ramp and open as well.

The first stop finds the pairs at historic Williamsburg, Va., landing at Williamsburg-Jamestown Airport. Almost adjacent to the airport are a number of sites, including the Williamsburg Winery, which also serves as a bed and breakfast. There the teams will have to recover a bit of Colonial Williamsburg memorabilia and take off the next day, April 11, for Wilmington, N.C.

The North Carolina Azalea Festival provides the centerpiece for the next item each group must recover. While there, the teams will sample some of the best barbecue in North Carolina. Later in the day, they will head down I-95 to the well known landmark: South of the Border in Dillon, S.C.

Sombreros, aerobatics, and the opening ceremony 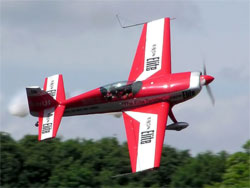 After swapping vehicles, the teams will head to Floridian skies—the next stop on this second leg of the journey will be St. Augustine, Fla., on Monday, April 12. Then they will meet with local airport officials and airport groups for an old-fashioned hangar night. Paur and Chupnick will get their chance at riding in an Extra 300 aerobatic airplane.

The teams will stay in Florida for the remainder of the trip, heading to Ocala to see Jumbolair, an airpark that is not only home to John Travolta, but houses a 7,550-foot-by-210-foot runway.

Finally, on Tuesday, April 13, at 2:45 p.m., the Remos and the Smart car will arrive at Lakeland Linder Regional Airport and the Sun ‘n Fun grounds to officially start the beginning of the 2010 Sun ‘n Fun event—one wild trip to spring break!