Get the app Get the app
Already a member? Please login below for an enhanced experience. Not a member? Join today
News & Media AOPA mourns colleague killed in midair 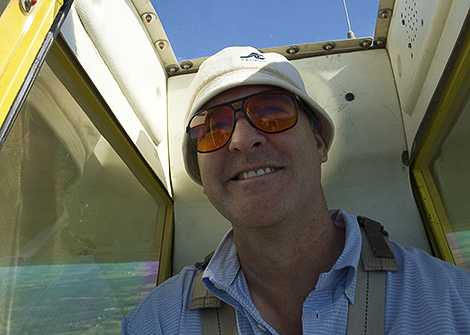 Chris O’Callaghan’s interests and curiosity ranged as broadly as the panoramic vistas he took in from the cockpits of racing gliders he flew in record-setting flights across the United States.

Astronomy and physics, literature and theater, business and technology—all were part of the repertoire for O’Callaghan, AOPA vice president of eMedia, who was killed Aug. 4 in a midair collision at the Soaring Society of America’s 15-meter national championship in Uvalde, Texas.

O’Callaghan, 51, had just completed an aerial contest circuit and was returning to the airport when the Schempp-Hirth Ventus-2bx sailplane he was flying and that of another competitor collided. O’Callaghan’s aircraft crashed while the other pilot was able to land his damaged craft safely.

He is survived by Laura, his wife of 18 years. 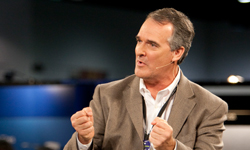 “Chris had a passion for life and for aviation that inspired all around him,” said AOPA President and CEO Craig Fuller. “He contributed much to AOPA and kept us on the leading edge of technology and communication. He will be missed by family, friends, and colleagues. Our thoughts and prayers are with his family.”

O’Callaghan grew up in Clifton, Va., about 25 miles southwest of Washington, D.C., and attended the University of Maryland in College Park, as both an undergraduate and graduate student of English literature.

He started working for a small publishing company that specialized in scientific texts, but his facility with computers soon allowed him to launch the company into electronic publishing—a set of skills that would guide his professional life. In the early 1990s, he helped put NASA’s EnviroNet database online, and then jumped into the fledgling field of Internet marketing for a large publishing company in the healthcare industry.

O’Callaghan was a consultant for a variety companies and government agencies before joining AOPA as a vice president of eMedia in 2008. He led the association’s initiatives aimed at improving AOPA Online; upgrading the AOPA Airports online directory; increasing the utility of the AOPA Internet Flight Planner; creating LetsGoFlying.com, and launching AOPA Live streaming video footage on the Web. 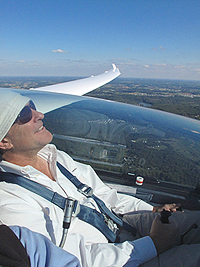 Affectionately known as “OC” (he raced as call sign Oscar Charlie and included the initials in the registration number on his glider), O’Callaghan was an active member of the Mid-Atlantic Soaring Society for many years and flew gliders from the club’s bases in Frederick, Md., and Fairfield, Pa., beginning in his late teens. He participated in national and international competitions and logged more than 6,000 hours aloft in more than 30 kinds of sailplanes.

He served on a number of boards, including the Soaring Society of America and the National Aeronautic Association. And he was a pioneer of new aviation technology including a lightweight ADS-B receiver he had recently installed in his sailplane that he hoped would become a model for avoiding future conflicts between high-flying gliders and powered aircraft.

O’Callaghan was personable and friendly and spoke in a deep baritone. In conversation, he restlessly and rapidly shifted between far-flung topics—but gliding kept him focused, and he regularly flew for six hours or more at a stretch, traversing entire regions of the Appalachian Mountains when wind conditions allowed. Where pilots of powered aircraft saw only turbulence or opaque clouds, O’Callaghan saw lift in columns of rising air that could propel him beyond the horizon. 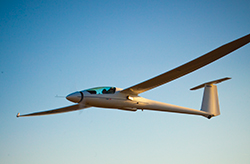 O’Callaghan leased a two-seat Stemme motorglider in 2009 and delighted in introducing powered aircraft pilots to his silent form of flight. More than a dozen AOPA staff members flew with O’Callaghan in the long-winged, composite aircraft that he used to tune his skills for contest flying. (The Stemme, with O’Callaghan at the controls, appeared on the December 2009 cover of Flight Training magazine.)

O’Callaghan himself was full of contradictions. He loved classic books and listed Victor Hugo’s Les Miserables and James Joyce’s Ulysses as his favorites—yet he constantly sought out the most modern gadgets and was as likely to read them on his beloved iPad as in print. He thought his group’s best work came out of chaos and drew wildly on wall-sized whiteboards with multi-colored markers, yet his own office was fastidiously neat and tidy. He worked feverishly on long-term goals but left many of them, including graduate degrees, unfinished.

He was a sharp editor, but his own writing often was filled with impenetrable technical jargon, and his resume took up eight single-spaced pages. Yet when he wrote on a tight deadline, or spent a very short time answering a blog post, his words could be lyrical as here, where he talks about the enduring fascination that soaring held for him:

Perhaps the best part of soaring is the always changing, always beautiful skyscape. Though I live in an unremarkable region of coastal plains and piedmont, the sky offers daily wonders.

Keen observers of the air, glider pilots often see things others miss. The annual migration of raptors south. The gossamers of migrating spiders glinting on our wings. A monarch butterfly 4,000 feet above the ground, fluttering its way to Central America. A tumultuous roll cloud, marking the turbulence beneath the glassy smooth but powerful lift of mountain wave, and the lens shaped clouds stacked above it. The grey tendrils that sometimes form below a cumulus cloud, marking especially strong eddies of lift. The concave bottoms of cumulus clouds that mark the very strongest of thermals. The extraordinary sensation of flying into a column of smoke rising from a field fire—opaque from the outside, but transparent once inside.

These are my weekly delights… shared with friends at the gliderport.

Chris, your friends from gliderports all over the world—as well, perhaps, as the raptors, butterflies, and other winged creatures who shared the sky with you—join your family and colleagues in celebrating your life, and enduring the loss your future absences will bring.