Get the app Get the app
AOPA Members DO more LEARN more SAVE more - Get MORE out of being a pilot - CLICK HERE
News & Media Rescued Helldiver headed to U.S. Navy 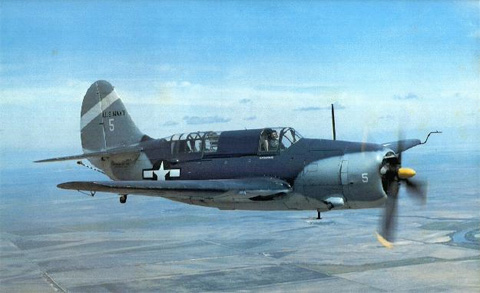 Drivers in the southern states may see, in the next few days, a flatbed truck carrying the wreckage of a Curtiss SB2C-4 Helldiver. It was recovered from the bottom of Lower Otay Reservoir in San Diego County, Calif., and is headed for the Naval Aviation Museum in Pensacola, Fla.

The wings remain in a temporary facility owned by the San Diego Air and Space Museum at Gillespie Field in El Cajon, Calif., where mud will be cleaned from the wreckage prior to the Naval Aviation Museum picking it up. Restoration of the aircraft will take place at the museum in Florida.

“At least, that is the plan today,” said Terry Brennan, curator of the San Diego Air and Space Museum. Other plans reported earlier in the media called for restoration in San Diego, but apparently the plan has changed. Restoration could take three years.

The aircraft was found in March 2009 when a fisherman saw the outline of an airplane on his fishfinder. He notified authorities and divers confirmed the discovery.

On Aug. 20 this year, the aircraft was raised in an effort involving the city of San Diego, the U.S. Navy, and the California Office of Historic Preservation. It took several tries before it was successfully raised.

The aircraft had taken off from the USS Wasp on May 28, 1945, to practice training maneuvers at 1,500 feet. When the aircraft pulled up, its engine quit. It was crewed by pilot E.D. Frazar and Army Technical Sergeant Joseph M. Metz. After an emergency call the aircraft safely ditched, allowing the crew to swim to safety before the aircraft sank in 85 feet of water.