Get the app Get the app
Already a member? Please login below for an enhanced experience. Not a member? Join today
News & Media BAe Lightning almost ready to fly 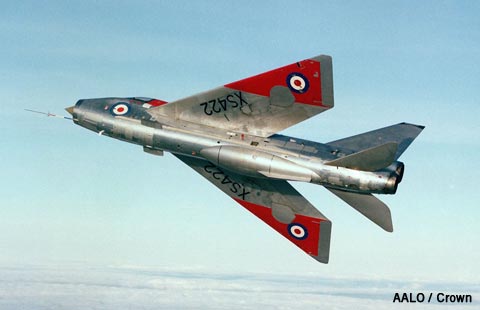 The British have invaded Bay St. Louis, Miss. There, a team of British and American engineers and technicians are working to restore a British Aerospace Lightning back to flying condition. If they’re successful, it will be one of only four flying in the world, and the only example in the United States.

The Lightning is the last all-British built and designed Mach 2-plus interceptor, and according to the team, is the longest serving aircraft in the history of the Royal Air Force. With a thrust-to-weight ratio of greater than 1:1, the Lightning is like a rocket. It has a deep wing sweep, distinctive stacked engines, and what the team calls a “slab fuselage.”

The Anglo American Lightning Organization is looking to bring the popular British aircraft back to its glory days, albeit with airshows and rides instead of dog fighting. The team comes together for a few months a year at Stennis International Airport to work on the project.

With two full aircraft and more than 20,000 spare parts, the team is sure it can pull off the difficult job of fully restoring the Lightning. According to team representative Nic Holman, the project is 12 to 16 weeks away from first flight, and needs a bit more funding to get over the hump. They are seeking $600,000 to finish the project. Supporters can go online for more information or to make a donation.