Get the app Get the app
AOPA will be closed July 4th, in observance of the Independence Day holiday. We will reopen at 8:30 am ET on Tuesday, July 5.
News & Media Robinson turbine certified by FAA 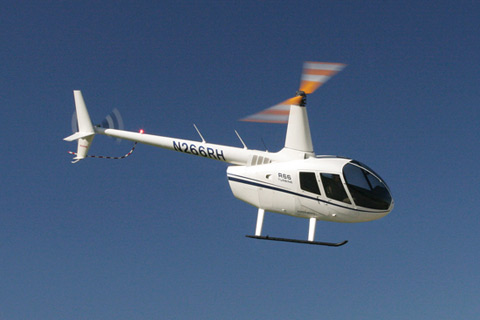 The FAA has certified the Robinson Helicopter R66, a five-place turbine helicopter. In addition to the type certificate, the FAA amended the company’s production certificate, allowing deliveries of the R66 to begin.

Design of the helicopter began in 2001; however engineering did not ramp up until 2005 when Rolls Royce began development of the RR300 turbine engine, a derivative of the Rolls Royce 250 series. Company officials said the slow pace of the program allowed them to refine and optimize the design.

There are nearly 60 R66 dealers approved. Deliveries were to begin last month. The first R66 went to a dealer, Helistream, in Costa Mesa, Calif. 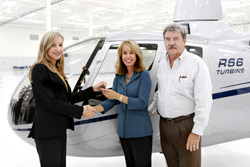 AOPA Hover Power blogger Tim McAdams had the opportunity to fly the R66 and share his thoughts about how the helicopter handles in the December 2010 feature, “ Robinson R66: Triple Crown.”

“Picking the R66 up to a hover, the hydraulically boosted controls are smooth, and it feels a little bigger and a little heavier than the R44—which it is. Performing pedal turns made it obvious the R66 inherited the strong and crisp tail rotor control of the R44,” McAdams observed.