Get the app Get the app
Already a member? Please login below for an enhanced experience. Not a member? Join today
News & Media 262 girls, women fly at Oshawa airport in 2010

Canadian airport recognized for giving most intro flights in a year 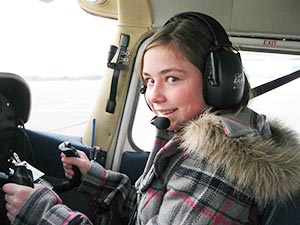 As a Dec. 31 deadline approached for an airport to earn recognition from the Centennial of Women Pilots as the Most Female-Pilot-Friendly Airport in the World, Oshawa, Ontario, reclaimed top honors from Renton, Wash., by giving 262 introductory flights so far this year. Renton pilots have given 184 flights. Kpong Field in Ghana has given 97 flights.

Oshawa accomplished its top-flight performance by introducing 118 girls and women to flying on Dec. 18. Two weeks earlier, Renton had established a one-day record for “most girls and women introduced to flying in one day and one location” with 173 flights, pushing its yearly total to 184. Renton still maintains the one-day record. 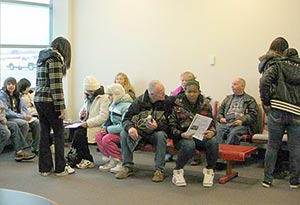 The year 2010 is the centennial of the year in which Raymonde de Laroche of France became the first woman to earn a pilot certificate worldwide, on March 18. The introductory-flight events are part of the worldwide Centennial of Women Pilots campaign that seeks to introduce a record number of girls and women to flying “as a salute to the women pilots of the last hundred years as well as an encouragement to girls and women everywhere to discover the joys of flying,” said a news release from the organization. 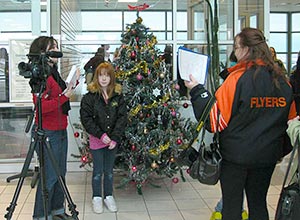 Other awards to be issued in the centennial event include Most Dedicated Woman Pilot, Most Supportive Male Pilot, and Most Unusual Introductory Flight.