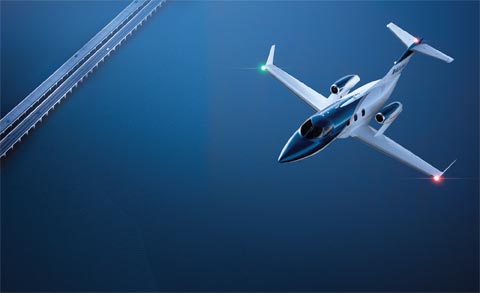 The first flight of the test aircraft took place Dec. 20 at Piedmont Triad International Airport in Greensboro, N.C., and lasted 51 minutes. Honda plans to produce several aircraft for its ongoing FAA certification program, and the first customer deliveries are planned for late 2012.

Honda is also nearing completion on a 266,000-square-foot production facility in Greensboro where it will manufacture the twin-engine, $4.5 million business jets.

The HondaJet is the first aircraft Honda has ever produced. The proof-of-concept airplane has logged more than 500 flight test hours and reached a top speed of 420 knots and flown as high as 43,000 feet.