Get the app Get the app
News & Media Postcards: Welcome to Fairbanks, Alaska

Winter or summer, there's plenty to do

Click the image above to view a slideshow. Do you go to Fairbanks in the winter or summer? If you go in March, you’ll see what the Arctic weather is really like—on a small scale, meaning temperatures are survivable at minus 10 degrees F at night and perhaps 14 degrees F during the day. 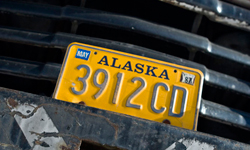 Do you go to Fairbanks in the winter or summer? If you go in March, you’ll see what the Arctic weather is really like—on a small scale, meaning temperatures are survivable at minus 10 degrees F at night and perhaps 14 degrees F during the day. Even 40 degrees F is possible. Each season has its own set of possibilities. You may want to avoid the core of the winter months because of lengthy periods of darkness (the sun will be up at 10 a.m. and down again at 3 p.m. in Fairbanks) and extreme temperatures. Early February seems to register the worst of the winter temperatures, but March can be nasty, too.

The best of winter

You’ll find year-round attractions, such as the University of Alaska Museum of the North (admission $9) that tells the story of Alaskan natives in a stunningly designed, climate-controlled facility. You’ll need a half day to take it all in, and you may come away from the gift shop with the most authentic native-made souvenirs and best books of the entire trip. Full-size fishing boats and kayaks built by natives, some of them the last boats of their kind in the state, are on display along with an adult brown (grizzly) bear that, were it alive, would appear to be very angry about something. The view of the surrounding country from the hilltop building is by itself worth the visit. You’ll find the University of Alaska campus a convenient drive from Fairbanks International Airport.

Another popular spot offering absolutely free entertainment is Creamer’s Dairy on the north side of the city. This historic farm, no longer active, offers hiking and cross-country ski trails in winter and thousands of migrating waterfowl in summer.

We happened to pass by during a pre-wedding party for about-to-be newlyweds Cody Strathe and Paige Drobny. They were entertaining their guests with skijoring, the practice of tying oneself to a sled dog and letting the happy pooch pull you around a well-kept track on skis. Strathe and Drobny (now Strathe and Strathe) own 16 beautiful dogs, and had special trucks to carry them. Ask the Fairbanks Convention and Visitors Bureau (907/457-3282) for information on kennels that might offer the sport. Or just rent skis and follow the trails.

But you went to Alaska in winter for a reason, right? That was probably to see the Arctic at its winter best, meaning snow-covered mountains and miles of uninterrupted tundra. You’ll find the Brooks Range 220 nautical miles to the north, and Denali just a short flight to the south. Fairbanks is considered the hub airport for bush flights to the entire northern half of the state, where Warbelow’s Air Ventures and Wright Air Service make daily flights to dozens of native villages. Warbelow’s can set you up with a guide in a village or two.

You’ll also find brutal temperatures in northern villages, such as minus 38 degrees F, with a wind chill 20 degrees below that. If you just ride along on a mail flight you can see authentic villages, dip a toe out the door to sample temperatures, and beat a warm retreat back to Fairbanks. (Yes, you’ll still need Arctic clothing.) If you want to see the 20,000-foot-high Denali, there are aerial tours by Northern Alaska Tour Company that start at Fairbanks International Airport.

You could take a mountainous drive nearly three hours south (if the road is clear of snow) and see at least the first three miles of the 45-mile Denali National Park road. The rest will be closed for the winter season. Denali Air will take you on a tour from an airport near the Denali National Park entrance, but you’ll need to wait until May before finding aerial tour operators that are willing to land you on a glacier—and most of those are located in Talkeetna, five hours to the south. That’s too far for a day trip, and you’ll need to do that as a separate visit to Talkeetna, or maybe combine it with a visit to Anchorage.

But if you want more of the Arctic, say a day-long tour also available through Wright Air and Warbelow’s Air Ventures, you’ll need to equip yourself with Arctic clothing first. One of the best spots is Big Ray’s near the Marriott Springhill Suites in downtown Fairbanks. The hotel is across the street from the tourism bureau on the banks of the Chena River, a convenient location for planning your trip. Literally buy in to the layered clothing concept, or you’ll be like two tourists from New Orleans who paid Warbelow’s $600 for a March day tour to the Anaktuvuk Pass home of the Nunamiut Eskimos—but hopped back in the airplane and fled once they sampled the minus 38 degrees F outside the Piper Navajo Chieftain.

You can fly clear to Barrow if you like on Wright Air and Warbelow’s, see the beautiful Brooks Range in the process, and still come back in a day with full knowledge of what bush flying is all about. A tourist from Tennessee had hoped to rent an airplane in Fairbanks and fly around the local area, but changed his mind when he heard about the hour-long preflight required to prepare an aircraft for flight in extreme temperatures. Take an instructor along or rely on Wright Air and Warbelow’s. You’ll need Arctic flying experience to fly yourself 150 or 200 nm north to native villages—and you’ll have only a few minutes to see the native village of your choice before your engine becomes too cold to restart. Sorry, no line service or preheat available at most village runways. Nor are there FBOs, hangars, based airplanes, or pilots. Often there is no 100LL fuel. Rapidly changing Arctic weather is also waiting for you. Leave bush flying to the bush pilots, but even then you may be stranded by engines that won’t restart, as I found out.

So you brought the kids? There’s no way you are going to ignore an entire town 12 miles southeast of Fairbanks called North Pole. It features a three-story statue of the man himself. Either drive fast past the Santa Claus House souvenir shop, hoping the kids don’t see it, or stop in—your choice. It’s the only town I’ve seen with year-round candy cane light poles.

March is also the month of the international ice carving festival, good for an hour or so of entertainment if the temperatures aren’t too low.

Try these offbeat free attractions. The Alaska Pipeline passes near the Steese Highway viewing spot north of town, and you can’t leave Alaska without a photo of you appearing to hold up the pipeline all by yourself. Just across the road stands an ice cone. It is built every year by a private individual who simply shoots water into the air until he has himself a small mountain and provides a free, just-for-fun photo opportunity. His property says “no trespassing,” but you can see it from the highway.

Back to attractions requiring a fee for a moment: Not far down the Steese Highway is a national historic landmark, Gold Dredge No. 8, which is best viewed in summer. If you stop by in winter all you’ll find is a narrow, snowy path to a cold viewing point and a live-in security guard who will ask what you are doing there. In summer there is a restaurant and a tour of a huge dredge that worked its way several miles along a nearby river before hanging up its buckets.

Summer feels better to non-natives and non-Alaskans. Of course, the true Alaska experience is gone, but your souvenirs won’t include a patch of peeling skin left over from a brush with frostbite. You’ll spot wildlife more easily if you take one of the aerial or village tours, and better yet, you’ll be able to hold the camera long enough to take photos without freezing your hands.

Simply put, Pioneer Park, located on Airport Way near Fairbanks International Airport, works better in summer than in winter. For one thing, there is an aviation museum there that—unlike in winter—will be open for the season, and the native village exhibit will be populated by native guides who can tell you about their history. Built in 1967, it was meant to be a summer attraction.

As already mentioned, Creamer’s Dairy (also called Creamer’s Field) provides free wildlife and waterfowl watching stations in summer. Bring your telephoto lens—maybe a big one. It ceased dairy operations in the 1960s, once it became possible to fly milk into the community.

E-mail the author at [email protected]