Get the app Get the app
AOPA Members DO more LEARN more SAVE more - Get MORE out of being a pilot - CLICK HERE
News & Media Wx Watch: Fire and ice

The first round of serious winter snowfall always revs up the heartbeat. Any doubts as to winter’s arrival are banished, and let there be no doubt: The icing season has truly begun in earnest. 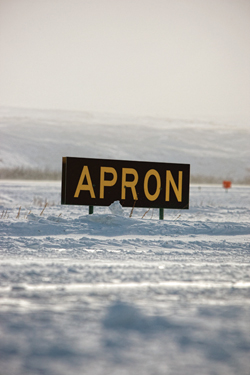 The first round of serious winter snowfall always revs up the heartbeat. Any doubts as to winter’s arrival are banished, and let there be no doubt: The icing season has truly begun in earnest. So how did winter take its first big swing at us this season?

It happened on October 29, 2009, when a Canadian low dragged a cold front across much of the central United States. The front was a beaut—it ran from Manitoba to Texas. Behind it, temperatures were subfreezing, and several inches of snow blanketed the Denver area and many other wide-ranging locales in the Rocky Mountain states. Ahead of the front, surface temperatures were balmy across the Gulf Coast states, and even reached the 80-degree-Fahrenheit mark in the Houston area. Temperature contrasts like these are always warning signs of potential convective fireworks and, on the twenty-ninth, the weather certainly adhered to convention.

That low and front may have been big features on October 29, but what really stands out is the trough aloft orientation and strength of the high-altitude winds over all the western states. A trough is a U-shaped, southward extension of colder, lower-pressure air. The trough’s strongest winds—those in the jet stream, deep in the flight levels at 24,000-plus feet, set the tone for the winds down lower. And it’s plain to see just how huge and elongated the trough was. It even had its own low-pressure center, in the form of a closed low—an island of low pressure that’s cut off from the general east-west flow of air at altitude.

What’s the big deal about a trough like this? As with virtually all troughs with high amplitudes, winds make their way around the bend in the U shape, setting up a cyclonic “spin” that creates low pressure centers at the surface. This spin, called vorticity, is the result of wind shear between adjoining bands of fast-moving air at different speeds.

One often-used analogy is to think of a two-lane interstate highway, with a car in each lane, both travelling in the same direction. The highway is the jet stream, the cars are fast-moving air parcels. If the car on the right passes the car on the left, you can imagine the counterclockwise rotation of a parcel of air between the two cars. That’s cyclonic shear, and it’s important in creating low pressure centers. On October 29, the vorticity generated on the eastern flank of the trough aloft stretched out into a huge north-south channel, which in turn was responsible for the multiple surface lows and the mega-cold front connecting them.

Of course, shear zones of this sort are also responsible for turbulence, which was another of the adverse aviation weather elements hard at work that day.

Another common dynamic in trough-related activity is divergence. The fastest-moving air—located in jet cores or jet streaks—is localized. But downwind from these cores, wind speeds slacken. This makes for a less dense column of air, which, in turn, lends itself to rising air motions coming from below. If the atmospheric brew in the lower atmosphere is warm, moist, and unstable enough, then the vorticity-plus-divergence combo (a term frequently simplified with the term upper-level support) can make for miserable flying weather. Which it did.

The icing and snowfall within the trough’s boundaries were bad enough, but anyone flying off the eastern flank of the trough had a different set of troubles. The pressure gradient there—a product of the collision between the massive trough and a high pressure system over the southeastern United States—created a low-level jet stream (LLJ) all the way from Louisiana to Wisconsin.

LLJs are great for shooting warm, moist air from the Gulf of Mexico northward. Put a Mississippi Valley LLJ together with an eastbound cold front and you’ve set the stage for convection city. And sure enough, by midafternoon the fireworks began. North-south lines of thunderstorms formed over east Texas, eastern Oklahoma, Louisiana, Arkansas, Missouri, and even parts of Illinois. At 2:42 p.m. CDT, the Aviation Weather Center put out four large convective sigmets warning of cells with tops as high as 45,000 feet, moving north at 30 to 40 knots—and building in intensity and coverage. At 3:45 p.m., the National Weather Service Doppler radar at Little Rock, Arkansas, identified a batch of nine storm cells in its coverage area; one of them carried a tornadic vortex signature (TVS).

Here are a few takeaways to bear in mind during your preflight briefings:

When the seasons change, marked temperature contrasts are big culprits in fueling extreme weather. In this case, it was winter’s arrival. In April, the same weather dynamics could mean winter’s last gasp.