Get the app Get the app
AOPA Members DO more LEARN more SAVE more - Get MORE out of being a pilot - CLICK HERE
News & Media Enstrom lands 46 orders, delivers two trainers to Peru 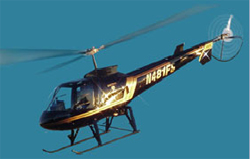 Enstrom Helicopter Corp. of Menominee, Mich., is seeing its fortunes make a turnaround.

In December 2009, the Royal Thai Army ordered 16 Enstrom 480Bs—single-engine helicopters that Thailand will use as trainers. Deliveries are set for 2010 and 2011. Then Japan ordered 30 more 480Bs for the same purpose. Furthermore, Enstrom President Jerry Mullins said that the Peruvian Army will take delivery of two F28F trainers in the first quarter of 2010.

That’s quite a change from the five helicopters the company delivered in 2009.