Get the app Get the app
Already a member? Please login below for an enhanced experience. Not a member? Join today
News & Media Piper may enter light sport arena 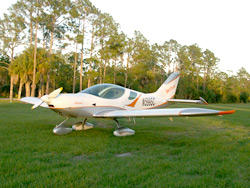 Rumors in Europe indicate Piper Aircraft is strongly considering a 49-percent stake in Czech Sport Aircraft and may adapt that company’s SportCruiser for the American light sport aircraft market.

A spokesman for Piper said he could not confirm or deny the report by flightglobal.com, but added that Piper sometimes signs a letter of intent in order to look more closely at potential acquisitions. Flightglobal.com said the potential deal has been reported in a Czech business publication as a $30 million proposal. The holder of the 40-percent share is Slavia Capital.

Czech Sport Aircraft is the successor to the bankrupt Czech Aircraft Works. If the report is true, an announcement could come from Piper as soon as next week during the U.S. Sport Aviation Expo in Sebring, Fla.

Bydanjohnson.com lists the all-metal SportCruiser as the fifth best-selling LSA in the United States with fewer than 100 sold, despite the company’s bankruptcy. Flight Design has led the LSA market since the light sport movement began.

By regulation, all LSAs are limited to two seats. The SportCruiser comes in several models ranging from $117,000 to $150,000, depending on equipment and avionics options. The company claims a cruise speed of anywhere from 108 KTAS to 118 KTAS, depending on which Web site you are reading. A 100-hp Rotax ULS engine powers it.

Mid Island Air Service, a U.S. dealer for the SportCruiser, lists several SportCruisers for sale. The useful loads range from 505 to 595 pounds, depending on the model and equipment. It carries a total of 30 gallons of fuel in the wings and has a demonstrated crosswind component of 12 knots.