LSA brings an aviator back to the community

Jim Tucker had paid his aviation dues and was beginning to reap its rewards. At 42 years of age, the former U.S. Navy attack pilot was a FedEx DC-10 captain and instructor who made a comfortable living for his wife and three children doing what he loved—flying airplanes around the world. 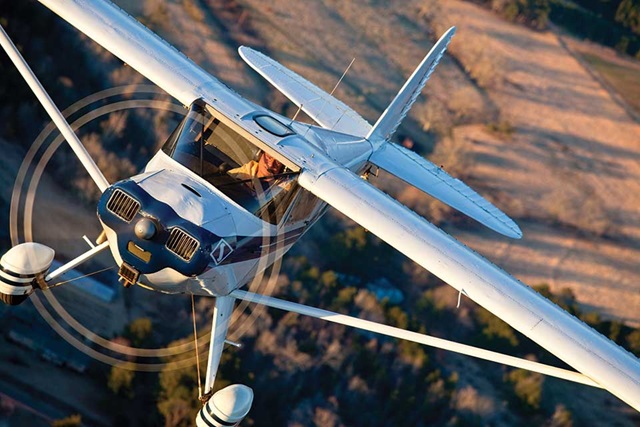 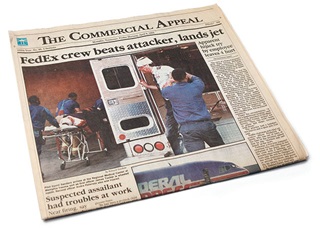 Jim Tucker had paid his aviation dues and was beginning to reap its rewards. At 42 years of age, the former U.S. Navy attack pilot was a FedEx DC-10 captain and instructor who made a comfortable living for his wife and three children doing what he loved—flying airplanes around the world. When he wasn’t crossing continents or oceans in a jet, he could often be found at a local grass airstrip flying or working on vintage aircraft.

“For me, flying was like breathing,” said Tucker, a resident of Headland, Ala., a rural town in the southeastern corner of the state. “It was something that came easily, almost instinctive, really, and I just assumed it would always be a big part of my life. Flying was much more than what I did for a living. In a lot of ways, it defined who I was.”

Then, on a cloudless spring day in 1994, the trajectory of Tucker’s life was suddenly and violently altered when he and two crewmembers—David Sanders and Andy Peterson—were assaulted by a suicidal coworker who attempted to commandeer and crash their FedEx jet shortly after departure from Memphis International Airport. All three crewmembers were hit without warning by the attacker, a martial arts expert armed with a 20-ounce framing hammer and other weapons. Tucker was flying in the right seat of the DC-10 when he was hit by a hammer blow so powerful it penetrated his skull.

The crew took unprecedented action during the next 30 minutes as they fought for survival. Tucker rolled the fully loaded, 500,000-pound aircraft 140 degrees, nearly inverted, to throw the attacker off balance, and all three pilots left the cockpit at times in a desperate effort to subdue him. When Sanders landed the overweight airplane in Memphis, none of the pilots realized they had all been injured so severely that their airline flying careers were over. (The attacker, Auburn Calloway, was later convicted of interfering with a flight crew and sentenced to life in federal prison.) 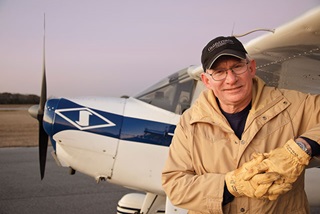 Tucker suffered life-threatening injuries and underwent several brain surgeries and years of physical and cognitive therapy. He had to learn to speak, read, and write all over again, and there were many bewildering and frustrating gaps in his memory. He could remember radio frequencies at airports around the world, for example, but not his kids’ names at first, or their birthdays. He had partial paralysis and lost the sensation and fine motor skills on his right side.

Tucker’s quiet determination never left him, though, and he resolved early on that he would make a complete recovery. By definition, that meant returning to professional flying someday.

“Returning to work was my goal from day one,” said Tucker, now 58. “I felt like I could do it, and I was making good progress. But one day my neurologist sat me down and informed me that my injuries would permanently disqualify me from airline flying, and no amount of therapy was going to change that. He gave it to me straight, quite unemotionally, and said he was sure I’d find something else to do with my life. But I don’t think he or anyone else had any idea how difficult it would be to adjust to life without flying. I could hardly even conceive of such a thing.”

Tucker and his family moved from their home near FedEx headquarters in Memphis to Alabama to be closer to wife Becky’s extended family. Tucker built a home there, and the physical, largely outdoor work helped him in body and spirit. He went to divinity school, became a lay minister, and served as a lay pastor at local churches—and he volunteered as an airport authority board member for Headland Municipal Airport two miles from his home.

Tucker also kept a close eye on the proposed Light Sport Aircraft category and hoped to someday return to flying as a sport pilot. Ironically, he had passed an FAA first class medical examination the morning of the day he was injured. His medical had expired during his long physical rehabilitation, and had never been denied, so he might still be eligible under the LSA category’ s medical self-certification rules.

When the LSA rules became final in 2004, a decade after he was injured, Tucker consulted an AME, determined he was medically fit, and purchased a 65-horsepower Luscombe 8A in Pennsylvania. His solo flight home to Alabama in the 1946 airplane was a personal triumph.

“It was autumn so the leaves were changing, and I had the most magnificent flight through the Shenandoah Valley and along the Blue Ridge Mountains,” he said. “The Luscombe doesn’t have an electrical system, and the panel has only the most rudimentary instruments, so it was totally different from all the military and airline flying I had done previously. But it felt so good to be back in the air again. It was glorious.”

At home, Tucker used the airplane to teach his son Andy to fly. Then a student at Auburn University, Andy has gone on to earn an instrument rating and is considering following his dad’s footsteps as a professional pilot. His aviation foundation has come from flying old-fashioned airplanes at grass airstrips. 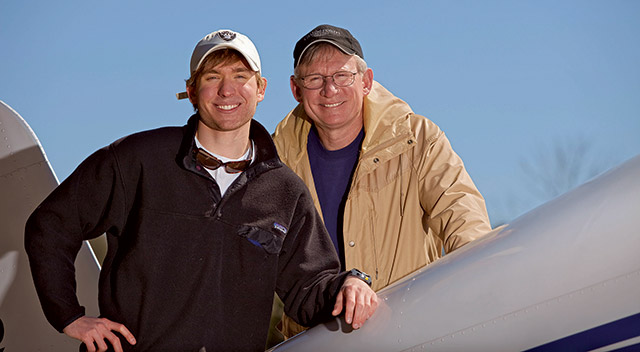 “Flying the Luscombe with dad is one of the most enjoyable things I’ve ever done,” said Andy, 24. “I’ve never seen anyone who loves to fly as much as my dad, and he’ s so happy and relaxed in an airplane that there’ s just no way not to have fun when you’ re right there next to him.”

Tucker has flown his airplane to visit family in Pensacola, Fla., and taken farmers and agricultural pilots on local crop surveys. He also gives career advice to aspiring pilots. Most of his flying takes place near home, and he often drops in at a horse and cattle pasture less than 200 yards from his home that also serves as a landing strip.

Tucker says he gets the same satisfaction from a well-flown approach and landing at a grass strip that he used to get from bringing an A-7 Corsair aboard an aircraft carrier, or making a low-visibility approach in a DC-10. And even though the Luscombe he flies today is a museum piece from a technology standpoint, Tucker says the airplane’ s mechanical simplicity appeals to him. 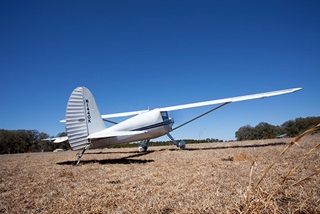 “When I look at this airplane, I see the genius of [designer] Don Luscombe,” he said. “It can fly more than 100 miles an hour on just 65 horsepower, so it’s incredibly efficient. Its handling qualities are absolutely delightful. The airplane is just a pleasure to fly.”

Tucker said he moved away from Memphis in part because seeing purple FedEx jets constantly coming and going on trips around the world reminded him of all that he had lost as a result of his injuries. But the LSA category has made him feel more whole, and a welcome, active part of the aviation community again.

“Being a contributing part of this community has been my salvation,” he said, “and that’s not a term I use lightly.”