Get the app Get the app
Already a member? Please login below for an enhanced experience. Not a member? Join today
News & Media Red Bull cancels final 2010 air race 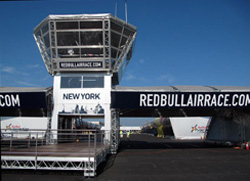 The Red Bull Air Race series will have only two more contests this year, one in Germany and a final one in Hungary, before determining a world champion pylon racer. Negotiations for the final race in Portugal were too slow to allow adequate preparation time, race organizers said.

Watch for a report on the Red Bull Air Race in New York City in an upcoming AOPA Pilot. The race series has sparked interest among the world’s youth, who are able to follow the races live on the Internet. Two years were spent negotiating and preparing for the New York race.

The negotiation process with Tourism Portugal and the associated cities of Lisbon, Porto, and Gaia was positive; however, time ran out to execute a race of this size, complexity, and quality expected of the strong fan base in Portugal.

The 2010 race was originally announced on Dec. 21, 2009, to take place in Portugal’s capital city, Lisbon. Earlier this year the city of Lisbon, in an effort to secure a longer-term agreement for Portugal, approached the cities of Porto and Gaia to develop a joint proposal that would have seen the race alternate between the north and south of Portugal over the next four years.

“The Red Bull Air Race is committed to keeping Portugal on the race calendar, however, due to the delays in finalizing the agreement, we were faced with making a tough decision to cancel the race for 2010 due to the time available to plan and execute a quality event,” said Bernd Loidl, CEO of Red Bull Air Race .