Get the app Get the app
AOPA will be closed July 4th, in observance of the Independence Day holiday. We will reopen at 8:30 am ET on Tuesday, July 5.
News & Media Delays, mishaps plague Red Bull Air Races in 2010 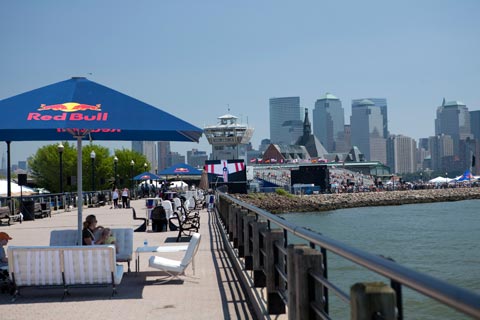 In the latest of a series of setbacks for the Red Bull Air Races, the company announced July 13 that it will cancel its race in Budapest, Hungary, scheduled for Aug. 19 and 20, citing “lengthy delays in the permissions process.” The announcement comes on the heels of axing the final race in Portugal because of delays in finalizing a host city in that country.

With the two final races cut from the schedule, the Red Bull Air Race World Champion will be crowned at the next race, set for Aug. 7 and 8 at the EuroSpeedway Lausitz in Germany. Going into this last race, 2009 champion Paul Bonhomme has a five-point edge over Hannes Arch, the 2008 champion.

In addition to the delays that have cost the series two races this year, Red Bull also suffered a number of scares.

On April 15, pilot Adilson Kindlemann crashed into the Swan River during a training session before the race in Perth, Australia. Emergency crews, who had just practiced underwater safety training two days before the accident, quickly reached Kindlemann and had him in an ambulance within minutes. He was treated for minor whiplash and released from the hospital after a precautionary overnight stay.

Arch, who hopes to surpass Bonhomme for the title after winning three of the last five races, was shaken after one wing stalled before the other, nearly sending him into the base of the pylon while preparing for the June 5 and 6 event in Windsor, Ontario.

Pilots in the Red Bull Air Race series fly 230 miles per hour, pulling as many as 12 Gs as they pass through 33- to 43-foot wide gaps in pylons—all while flying low over a body of water. The thrilling races have grown tremendously in popularity in its seven-year history, attracting millions of viewers in person and through live broadcasts.

AOPA Pilot will feature the June 20 New York Red Bull Air Race in the August 2010 edition, which will be in mailboxes in a few weeks.