Get the app Get the app
AOPA will be closed July 4th, in observance of the Independence Day holiday. We will reopen at 8:30 am ET on Tuesday, July 5.
News & Media Remos under the microscope

Remos under the microscope 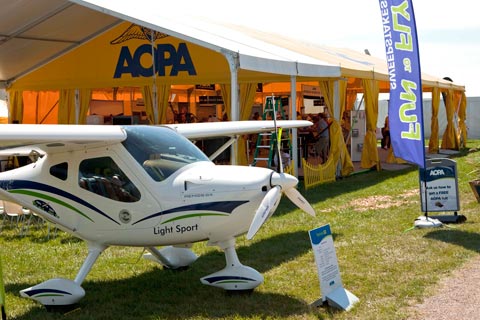 AOPA’s 2010 Fun to Fly Sweepstakes airplane, a Remos GX light sport aircraft, is prominently displayed beside AOPA’s Big Yellow Tent at EAA AirVenture in Oshkosh, Wis.—and as a result, it’s receiving a lot of scrutiny from members and other passersby.

What do people think of this fun-to-fly machine?

“Wow, I didn’t know that the cockpit would be this roomy!”

“You’ve got to love that airframe parachute.”

“I like that second throttle, so that I can still fly with my left hand.”

“What’s that, an autopilot? And it’s got altitude hold! Hey, Joe, look at this!”

The most common questions about the Remos at AirVenture on July 27?

“How long does it take to fold the wings?” It takes us about half an hour with two people, but it’s fair to note that we haven’t folded the wings very many times. (There’s enough interest in wing folding that Remos is demonstrating the process at its exhibit area twice a day during AirVenture.)

“The seats don’t adjust?” Actually, they do adjust. While the seatback and base cannot be adjusted, the entire seat can be moved forward and up or back and down into one of three pre-set slots.

“Where are the brakes?” A hand-operated lever on the center console applies the brakes.

“Do I get a choice of colors?” Yes, if you like white with blue and green.

“When can I pick up my airplane?” The Fun to Fly Sweepstakes Remos GX will be awarded to its new owner at AOPA Aviation Summit, in Long Beach, Calif., Nov. 11 through 13. And we’ll take good care of the airplane for you until then.