Get the app Get the app
AOPA Members DO more LEARN more SAVE more - Get MORE out of being a pilot - CLICK HERE
News & Media EAA auction raises $2.1 million

Pilot/actor Kurt Russell and Capt. "Sully Sullenberger hamming it up with a fan at the EAA Gathering of Eagles fundraising dinner.

EAA President Tom Poberezny descended over the crowd at the Gathering of Eagles strapped in a harness and attached to a ceiling-mounted rail. As he slid overhead, he addressed the audience and predicted an exciting evening and generous giving in support of the Young Eagles program. He was right. Before the night was over, the organization had raised some $2.1 million for the program, auctioning off everything from a custom Ford Mustang to trips to a weeklong pilot experience with aerobatic ace Sean D. Tucker. 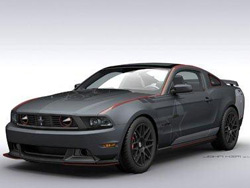 The biggest prize at the auction was a custom-made Ford Mustang created by automotive racing legends Carroll Shelby and Jack Roush. Although each has developed custom Mustangs for the Young Eagles auctions in the past, this is the first time the two have teamed up to create a custom car. The Lockheed SR-71-inspired car, called the SR-71 Blackbird, sold for $375,000. The most one of the custom Mustangs has sold for at previous Young Eagle auctions has been about $500,000.

In describing the Mustang for the audience, Shelby asked they say a prayer for Roush, who was injured when the Beechcraft Premier I that he was flying to EAA AirVenture crashed upon landing this week. Roush was later transferred to the Mayo Clinic in Rochester, Minn., after two surgeries to recover from facial injuries. He was listed in serious but stable condition on July 29.

At the end of the evening, Poberzny thanked the crowd for their generosity, saying EAA had set a goal to raise $1.6 million, well below the $2.1 million actually brought in.