The thrill pays the bill

Click the image above to view a slideshow. In the midst of the deep recession that caused so much pain in the aviation industry in 2009, airshows provided a rare and surprising bright spot. 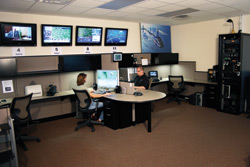 Internationally renowned surf photographer Guy Motil has focused his camera lens toward the ocean for nearly 40 years and captured the beauty and symmetry of waves, but few knew he also had a fascination with the sky.

The son of a decorated military pilot who flew in World War II and Korea, Motil has long been interested in airplanes. He soloed in his 20s and attended airshows, mostly on the West Coast, for more than 30 years—yet he never published any of his aviation images.

“Aviation photography was always something I did for myself, out of my own curiosity, and for my own enjoyment,” said Motil, 59, a resident of San Clemente, California. “The physics and aerodynamic forms that allow airplanes to fly seem to have a great deal in common with sails and surfboards and the things I knew so well from the beach. Since aviation meant so much to my dad and his friends, I’ve always felt comfortable around flying people who fly.”

Motil published an award-winning photography book in 2007 titled Surfboards, an artistic collection of his photographs of handmade watercraft that provide a visual history of surfing. While rummaging through boxes of old photographs, Motil said he was surprised to find his aviation archives are nearly as deep as his surf photographs. On these pages are some of the images Motil has captured in recent years, all from public vantage points at airshows.

“These photos represent things that any member of the public can expect to see at an airshow,” Motil said. “There was no special access or restricted viewing areas. I went to these events as an aviation enthusiast. I hope they convey some of the joy and fascination that aviation inspires—even in people like myself who aren’t pilots.” —DH 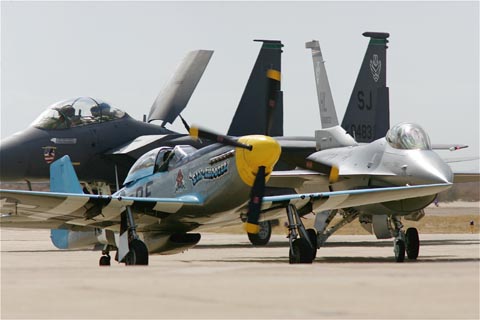 In the midst of the deep recession that caused so much pain in the aviation industry in 2009, airshows provided a rare and surprising bright spot.

Attendance at U.S. airshows leapt 15 to 18 percent to more than 26 million spectators—roughly twice the draw of NFL football—as people around the country sought out inexpensive, local family entertainment.

This year, organizers of the 400 airshows that take place in the United States each year are optimistic they’ll hold on to last year’s gains, and John Cudahy, president of the International Council of Air Shows, predicts a “mini-renaissance.”

“This year brings the 100th anniversary of the first U.S. airshow in Los Angeles in 1910, the 100th anniversary of U.S. Naval aviation takes place in 2011, and Red Bull air races continue to grow,” he said. “There are also at least four projects ranging from feature movies to reality shows coming out with airshow themes. Airshows are going to become much more visible to the public.”

Behind the attendance figures, Cudahy says airshows prove that public interest in aviation and aerospace is as high now as it’s ever been—and he sees tremendous promise for strengthening the bond between general aviation and the public in the crowds that attend flying events ranging from small, local airshows to huge, week-long productions such as EAA AirVenture in Oshkosh, Wisconsin.

“Airshows are the public face of general aviation,” Cudahy said. “They’re a great place to tell the GA story, and the audience is tremendously receptive. Even if the vast majority of the people who attend airshows don’t become pilots themselves and never own their own airplane, they’re interested in aviation and supporting their local airports. They can still become effective and influential GA advocates.” 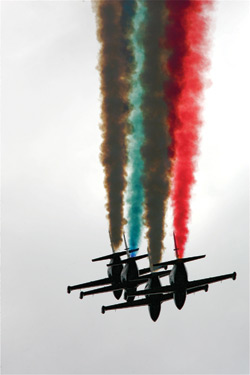 About 75 percent of the spectators at a typical U.S. airshow live within 50 miles of the event.

Cudahy said the first indication that 2009 would be a stellar year for airshow attendance came in late 2008. The recession was well under way by then, the stock market was plummeting, and credit markets were seizing. But late-season airshows in Houston and Fort Worth, Texas, set attendance records. The momentum continued in other parts of the country such as Pensacola, Florida, and San Diego, California. Tuscaloosa, Alabama, and Punta Gorda, Florida, showed 20-percent attendance gains.

“The organizers kept telling us they didn’t know where all the people were coming from,” Cudahy said. “It was crazy.”

As the aviation industry sees the first encouraging signs in early 2010 of a rise in new aircraft orders, export gains, and new hiring, airshow organizers say they hope and expect the large crowds to return.

“We’ve got some very exciting young performers as well as the first civilian-owned Harrier jet,” Cudahy said. “The F-22 fighter is a huge draw and is likely to fly at 15 or 20 events this year, and of course the Blue Angels and Thunderbirds have got very full schedules, so we’re anticipating a very solid year.”

E-mail the author at [email protected] .

For a schedule of air shows near you, see our calendar of events online .