Get the app Get the app
AOPA will be closed on Monday, January 2020, in observance of Martin Luther King Jr. Day.
Already a member? Please login below for an enhanced experience. Not a member? Join today
News & Videos Turbine Pilot: Robert Luketic

In a world of glamour, Hollywood director Robert Luketic has found the antidote. “The responsibility that comes with flying a large powerful machine that must be respected, that takes constant vigilance, and that you can’t be casual about—there’s no glamour in flying a jet. 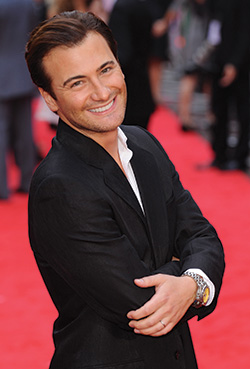 In a world of glamour, Hollywood director Robert Luketic has found the antidote.

“The responsibility that comes with flying a large powerful machine that must be respected, that takes constant vigilance, and that you can’t be casual about—there’s no glamour in flying a jet. With the type rating comes a huge responsibility,” he says.

However, the young superstar admits—“it’s pretty intoxicating to be in command of 3,390 pounds of thrust.”

Superstar? Well, when you’re plucked out of obscurity in Australia, flown to the Telluride (Colorado) Film Festival, and offered your first movie—which goes on to make $100 million—all before age 25, the moniker fits.

“I have to admit, I really have thought, ‘Really? It’s this easy?’” Luketic says. His 1997 10-minute short film, Titsiana Buoberina, won top honors in the film festival and one year later he directed the hit Legally Blonde. Since then he has directed films such as The Ugly Truth, 21, and Monster-in-Law.

“I really have only had two goals—to be a film director and to fly an airplane. But in Australia I could never have afforded to fly. After Legally Blonde I went to Van Nuys and asked for a flight. We went up in a Cessna 172 and flew over Malibu. Loved it, but something was nagging at me. I wanted the new technology. I went up in a Cirrus SR22 and said ‘That’s it!’ I got my private license in it.”

Recently he sold his second Cirrus and has been leasing an Embraer Phenom 100. “It’s been an immediate love affair,” he says. “Getting the type rating was the hardest thing I’ve ever done. It was a blustery day in Victorville and we went over the emergencies for three hours. You get to know the systems back to front.”

Luketic plans to purchase a Phenom 100 at the end of the year. “I just have to go off and make a movie first.” His latest film, Killers, will be released this month.

“I’m going to take my Phenom around the world—my greatest adventure. I’m just one or two movies away from being a gypsy and flying the world. The Phenom will be my camper.” 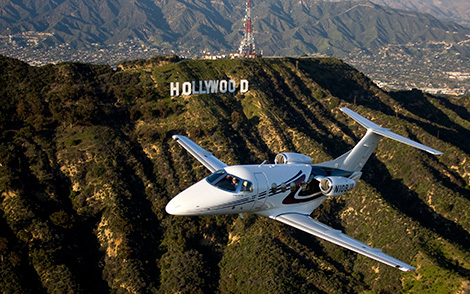