Get the app Get the app
AOPA will be closed July 4th, in observance of the Independence Day holiday. We will reopen at 8:30 am ET on Tuesday, July 5.
News & Media Light sport measured volcano ash 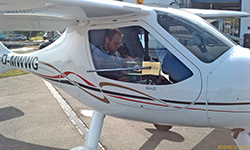 German university scientists used a Flight Design CT Supralite in mid-May to measure ash from an erupting volcano in Iceland. The Supralite is a model similar to the CTLS sold in the United States but weighs 260 pounds less.

The CTLS meets FAA light sport standards of 1,320 pounds gross weight, while the Supralite model is built to German ultralight standards and weighs 1,041 pounds, giving it greater climb capability. That ability was used to take measurements from 1,000 feet to 14,000 feet. Modifications to the Supralite were unnecessary, since the probe could be mounted through the copilot air vent, the same one seen on the door of the CTLS. 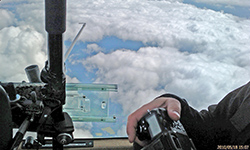 The measurements were taken by the Duesseldorf Technical University’s Department of Volcanology. To allow higher altitude measurements, the CT Supralite was equipped with an oxygen system for the occupants.

In particular, sulfur and particles concentration was measured in steps of 1,000 feet up to 14,000 feet. The objective was to correlate the calculated location and density of the ash cloud with the actual location.

The Flight Design company said that the Rotax engine used on the aircraft has a low risk of damages from the volcano ash.