Get the app Get the app
AOPA will be closed July 4th, in observance of the Independence Day holiday. We will reopen at 8:30 am ET on Tuesday, July 5.
News & Media Air Tractor aids in damage control of BP oil spill 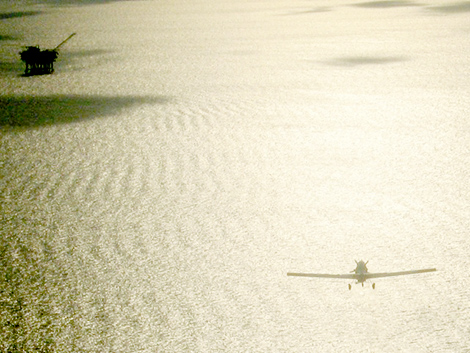 BP’s many attempts to control the oil spill that has been raging in the Gulf of Mexico since April 20 have been highly publicized. But one method has received little attention.

The Air Tractor AT-802 has been used to apply oil dispersant. Bill Lavender, publisher of AgAir Update , got an up-close look at the operation using these aircraft.

“Never before in the North American oil recovery industry has a single engine aircraft conducted this procedure,” Lavender writes in his exclusive article about the efforts. “After more than 16 years of demonstrating and working with oil recovery companies, a consortium of AT-802 operators have finally been able to implement a ‘proof of concept’ where a single engine agricultural aircraft can be a critical tool in the armament needed during an oil spill crisis.” 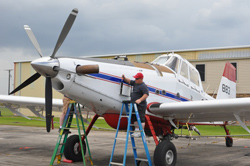 The Air Tractor’s use in the oil spill is “an excellent example of how GA Serves America,” Lavender told AOPA in an e-mail.

In his article, Lavender explains the strict weather minimums the spotter aircraft, a King Air, and the AT-802 must comply with and the level of precision with which the Air Tractor pilot must spray. “The industry is fortunate the AT-802 operators, the King Air spotter pilots, the support personnel and equipment are topnotch,” Lavender concludes in his article.

For full details of the Air Tractor’s involvement and a glance at dispersing oil from the pilot’s perspective, read Lavender’s exclusive article, “AT-802 Air Tractor makes second dispersal application over Deepwater Horizon oil spill in Louisiana.”